Boris Johnson has been accused of “Trumpian” behaviour after he refused to withdraw a claim about Sir Keir Starmer and Jimmy Savile. 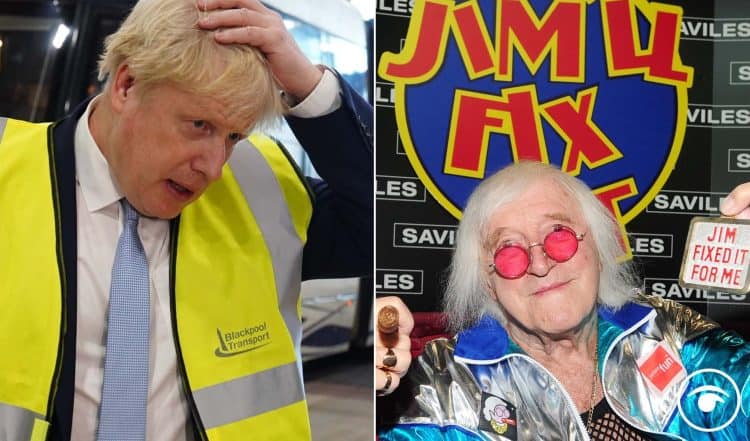 Boris Johnson has backed down on his widely criticised and debunked claim that Labour leader Sir Keir Starmer failed to prosecute Jimmy Savile.

The Prime Minister said he wanted to “clarify” his remarks because a lot of people “got very hot under the collar” amid anger from his own MPs and lawyers representing Savile victims.

Mr Johnson, in an interview on Thursday, claimed he had not been talking about Sir Keir’s “personal record” when he was director of public prosecutions (DPP).

Hot under the collar

But Mr Johnson clearly accused the Labour leader of having “used his time prosecuting journalists and failing to prosecute Jimmy Savile” on Monday as he came under pressure in the Commons over alleged lockdown breaches in No 10.

Speaking to broadcasters in Blackpool, the Prime Minister said: “I want to be very clear about this because a lot of people have got very hot under the collar, and I understand why.

“Let’s be absolutely clear, I’m talking not about the Leader of the Opposition’s personal record when he was DPP and I totally understand that he had nothing to do personally with those decisions. I was making a point about his responsibility for the organisation as a whole.

“I really do want to clarify that because it is important.”