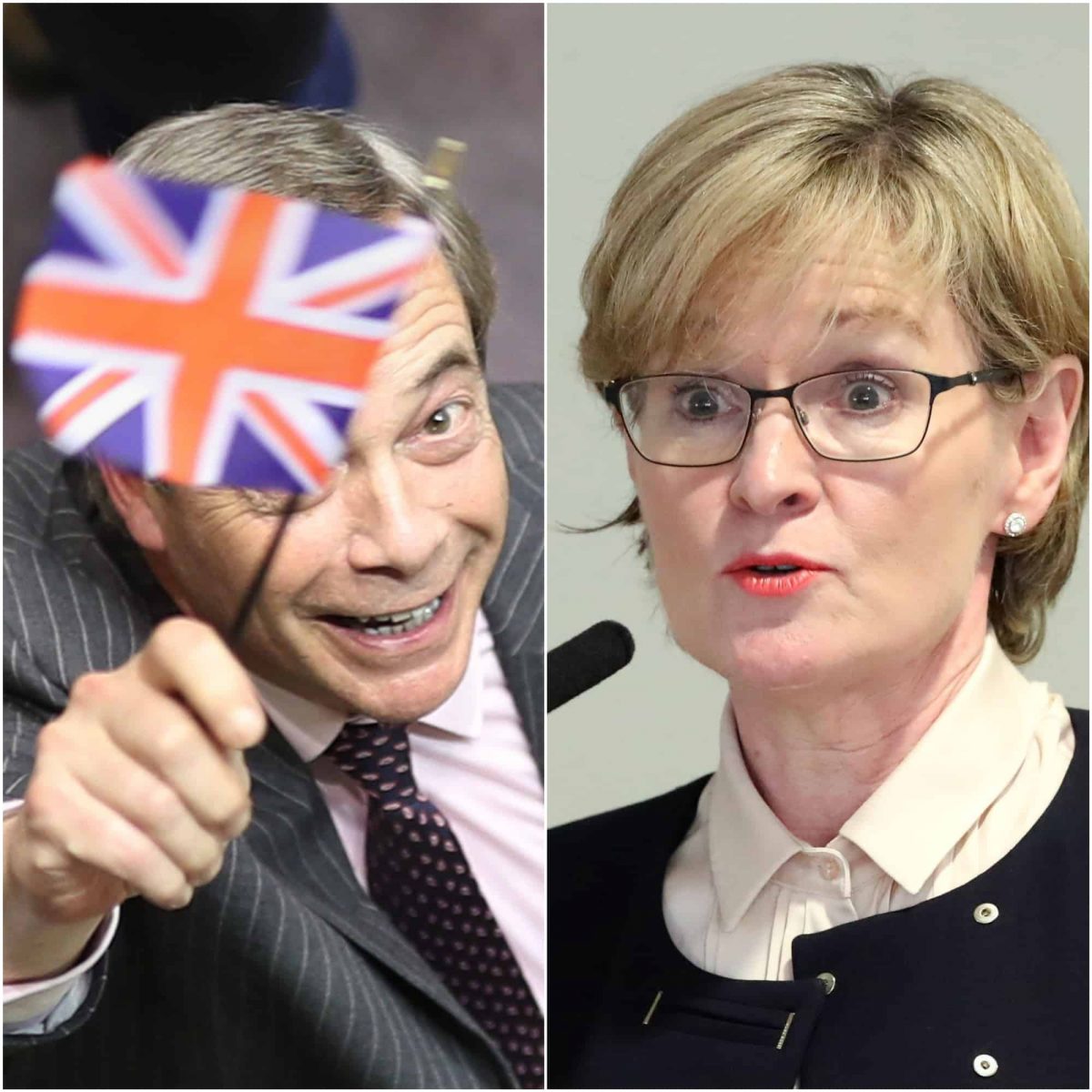 The Irish politician who went viral after cutting off Nigel Farage’s microphone in the European Parliament says some of his party colleagues disagreed with his actions.

Fine Gael MEP Mairead McGuinness, who is First Vice-President of the European Parliament, turned off Mr Farage’s mic mid-sentence during a speech about leaving the EU this week, for disobeying parliament rules by waving a Union flag.

Ms McGuinness can be heard saying: “Please sit down, resume your seats, put your flags away, you’re leaving.

“And take them with you if you’re leaving now. Goodbye.”

The video immediately went viral on social media with both criticism and praise for Ms McGuinness, who says she was duty bound by the rules of the chamber to cut off the Brexit Party leader.

“The reason I cut the mic off was to stop a circus, it’s a parliament, not a circus,” she said.

“Politics is a serious business and Nigel Farage has used the platform of our parliament to destroy the European Union.

“If by doing what I did reinforces the dignity of the parliament, that’s my job.

“I would say that afterwards, some of the people in his grouping came over and said that they disliked what he did and that he did it.

“When you’re not in the chamber it can be hard to judge the moment, but I have to judge the moment carefully, and we have a rule in the house that no flags are to be shown except the two behind the podium, and the president insists on that, and I’m under orders.”

On whether she would miss Mr Farage in the parliament, Ms McGuinness said that Europe should be worried that this is not the end of Mr Farage.

“Because I think he’s going to continue, just not in the European Parliament.

“If you listen to what Nigel Farage says, he’s not going to stop now, he’s not retiring, he’s going to keep going not just in the UK but right throughout the European Union, so the challenge we face might be greater from a European perspective.

“I’m sure Nigel doesn’t care whether I miss him or not.

“On the wider level I think we’ll miss the UK colleagues hugely, particularly those who are from the pro-European parties.”