He was filmed by student Ellie Furness 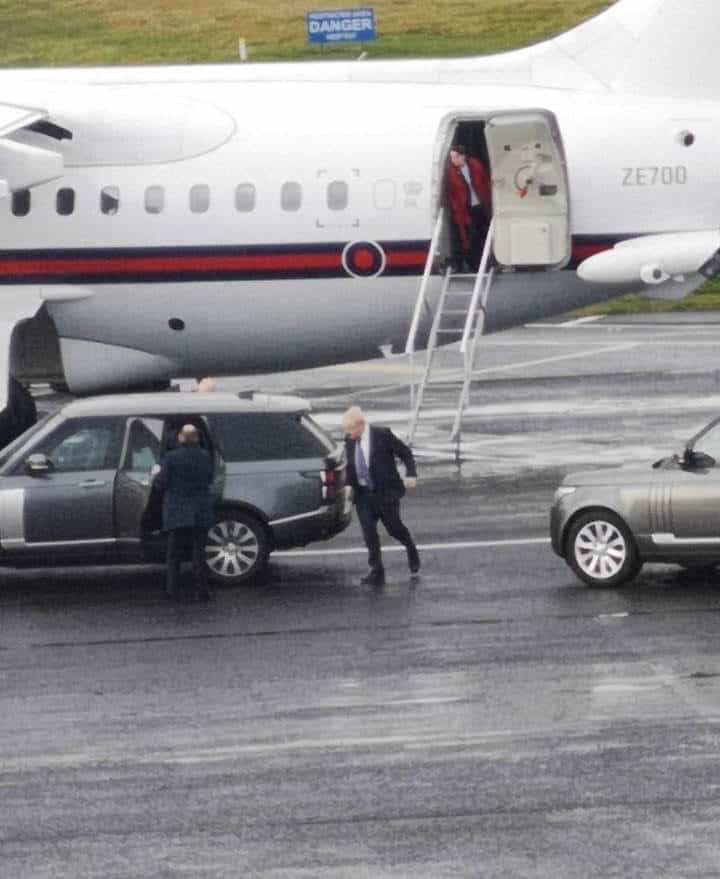 This video shows the moment Boris Johnson steps off a plane in Newcastle – on the same day coronavirus was confirmed in the city.

The PM jetted into Newcastle Airport this morning and was filmed by a student disembarking on a private section of the runway before being driven away.

Ellie Furness, 17, recorded the footage through a college window that overlooked the site just after 11.30am today (Fri).

And as several security staff and photographers initially got off, speculation mounted among the students about the VIP visitor on board.

But after around a minute of waiting, Boris appeared to huge cheers and laughs from the group before being escorted away.

He was then driven to Sunderland where a celebratory cabinet meeting for Brexit is being held.

But his arrival in Newcastle coincided with the announcement that the UK’s first two coronavirus patients had been confirmed and rushed into quarantine at a hospital there.

No details have been confirmed about the patients except that they are members of the same family and they did not fly back to the UK on the Government’s evacuation flight that landed today.

“He got off the plane and into his car.

“I am studying aviation operations and the college is straight opposite where they got off so the footage is pretty clear.

“We didn’t know who it was initially, but then we saw Boris walking down the steps and everyone got very excited.

“Obviously everyone is speaking about the coronavirus cases confirmed here (in Newcastle) so it was good timing to be able to film him today. But I don’t think he stuck around long as but he was taken away to Sunderland for the Brexit meeting.”