Almost a hundred Tory MPs think they know better than the scientists. They are experts at ignoring the experts. They must hate themselves. 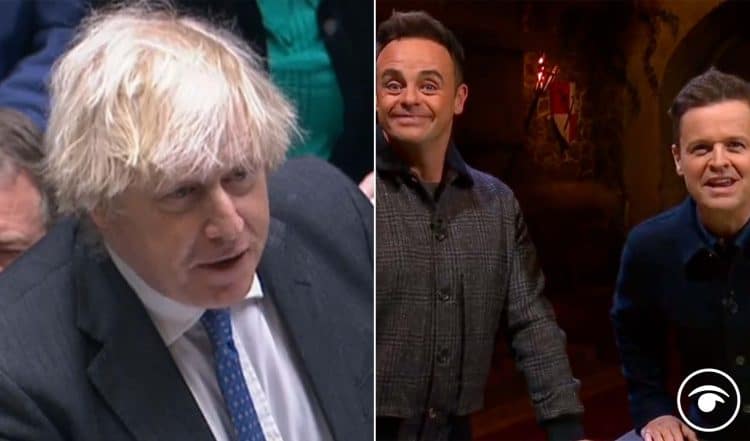 It was disappointing that Pippa Crerar from the Mirror couldn’t step in for Keir Starmer at Prime Minister’s Questions today. She appears to be single-handedly doing more to hold the government to account than anyone on the opposition benches.

Starmer himself must be appreciative of her efforts. The Labour leader even appealed to Boris Johnson to “look in the mirror and see whether he has the thrust and authority to lead this country”. We assume he meant the newspaper.

To be fair, one of Sir Keir’s MPs – Nick Smith – did open today’s sessions with a zinger. “Last week was Crime Week,” he said with a grin. “Was it a success, Prime Minister?” It was a cheeky line – something a few Tory members no doubt enjoyed during the spate of illegal Christmas parties exposed over the past two weeks.

Johnson suffered a major back bench rebellion last night. He did have a solid majority of 80, but close to a hundred of his own side still faced him down – despite a personal appeal. The glib among us might assume it was only around 60 until he made his plea. We don’t trust a word he says, so it is safe to assume his own MPs don’t either.

Starmer picked up on this and told the House: “He claims he didn’t know what was happening in his own house at Christmas. I don’t believe it. His MPs don’t believe it, and nor do the British public. He’s taking the public for fools and it’s becoming dangerous.”

That aside Labour voted with the government last night, so Johnson’s legislation went through. Starmer’s argument seems to be we don’t trust the PM but we do trust Chris Whitty and the NHS, and they think these new rules are a good idea.

However almost a hundred Tory MPs know better than them, it seems. They are experts at ignoring experts. And all this from a group of politicians who have notoriously had enough of experts. They must hate themselves.

Without the Labour votes last night, Johnson would have lost, but he denied that. He said Tory votes won the vote. Starmer looked astonished at his reply and told the PM he is “so socially distanced from the truth he thinks it’s not true”. A third of his party voted against his proposals, it was the definition of delusion.

The Prime Minister was left to resurrect the extremely tenuous claim that the vaccine roll-out would not have happened under Labour, as they wanted to remain in the European Medicines Agency.

Considering we are the country in Europe with the most Covid deaths, it seems nothing to brag about.

The question is, do you think Johnson has control of his party? It’s doubtful; he even accused one of his own MPs of “fake news” when asked about staff cuts at the Foreign Office. People in glass houses…

Johnson is the enemy of the truth. That would be my Tory Christmas quiz team name by the way.

Johnson’s failures are endless. His leadership is broken. Even Ant and Dec know it!

But who will be stepping in? Liz Truss, whose Christmas greetings card looks like she actually wants to be the Queen (see below); Priti Patel, who seems to channel the divine right of the devil; or Rishi Sunak the billionaire city boy with a heart, literally, of gold.

Johnson did talk tough on Russia and said Putin is fighting a hybrid war against the Weest, and interfered with elections.

Nobody mentioned the Brexit vote, but divide and conquer is one of the oldest tricks in the book, and we have torn ourselves apart.

And while we quarrel about mask wearing, allow the government to break rules they created for us, and waste time trying colonise colonies of fish in the Channel, dark forces are literally building on the fringe of Western Europe.

Oh, and Merry Christmas by the way.