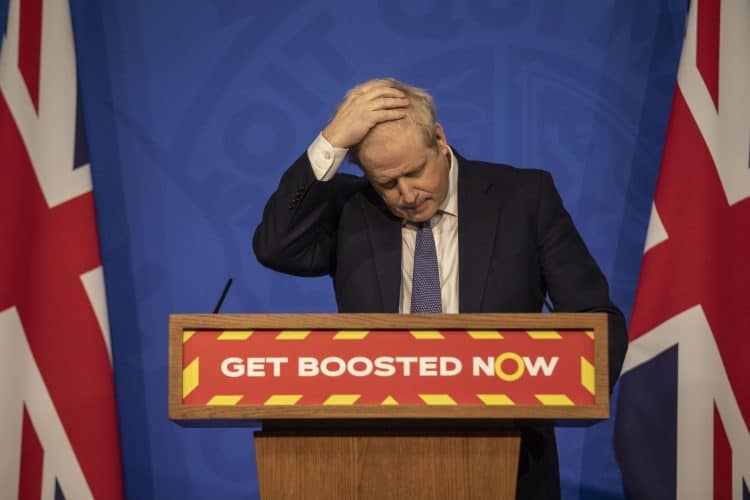 Boris Johnson is a “dead man walking” after the latest ‘Partygate’ scandal, a senior Conservative MP has said.

The prime minister apologised for attending a “bring your own booze” party in the garden of Downing during England’s first lockdown as he battled to save his premiership.

At Prime Minister’s Questions on Wednesday, Johnson acknowledged the public “rage” over the incident – but insisted he thought it could have been technically within the rules.

‘This was a work event’

Johnson told MPs that he attended the May 20 2020 gathering for around 25 minutes to “thank groups of staff”. “I believed implicitly that this was a work event,” he said.

“With hindsight I should have sent everyone back inside, I should have found some other way to thank them, and I should have recognised that – even if it could have been said technically to fall within the guidance – there would be millions and millions of people who simply would not see it that way”.

But the prime minister’s apologies were not enough to quell growing anger on the Conservative backbenchers, with one top Tory suggesting a leadership challenge could be imminent.

Speaking to the BBC after PMQs, Sir Roger Gale – who has already submitted a letter of no confidence in Johnson – said he was a “dead man walking”.

He added: “What the prime minister has said today has left people like me in an impossible situation… It is going to have to be the work of the 1922 Committee to determine precisely how we proceed.”

Sir Roger also tweeted that his scepticism over Johnson’s excuse for attending the controversial gathering, saying: “‘Bring a bottle’ to a ‘work event’ is a novel idea! Very thin ice indeed.”

‘Run out of road’

Labour leader Sir Keir Starmer called on Johnson to resign. “After months of deceit and deception, the pathetic spectacle of a man who has run out of road,” Starmer said.

“His defence … that he didn’t realise he was at a party is so ridiculous that it’s actually offensive to the British public.”

He added: “The party’s over, prime minister. The only question is will the British public kick him out, will his party kick him out, or will he do the decent thing and resign?”

The embattled prime minister also faced calls to quit from the SNP’s Westminster leader, Ian Blackford, who said if he “has no sense of shame, then the Tory backbenchers must act to remove him”.

Liberal Democrat leader Sir Ed Davey said: “Will the prime minister, for the good of the country, accept that the party is over and decide to resign?”

Labour’s Chris Bryant, chairman of the Commons Standards Committee, questioned the prime minister’s excuse that he “didn’t spot that he was at a social event”, adding: “How stupid does the prime minister think that British people are?”

Related: Boris finally says sorry – and admits he was at No 10 ‘BYOB’ party