The BBC had hyped up Sunak’s budget as if he was Anthony Joshua - another man who has enriched himself at the hands of Saudi Arabia’s murderous crown prince. A video package they put together for him was only missing the Rocky theme tune in the background. 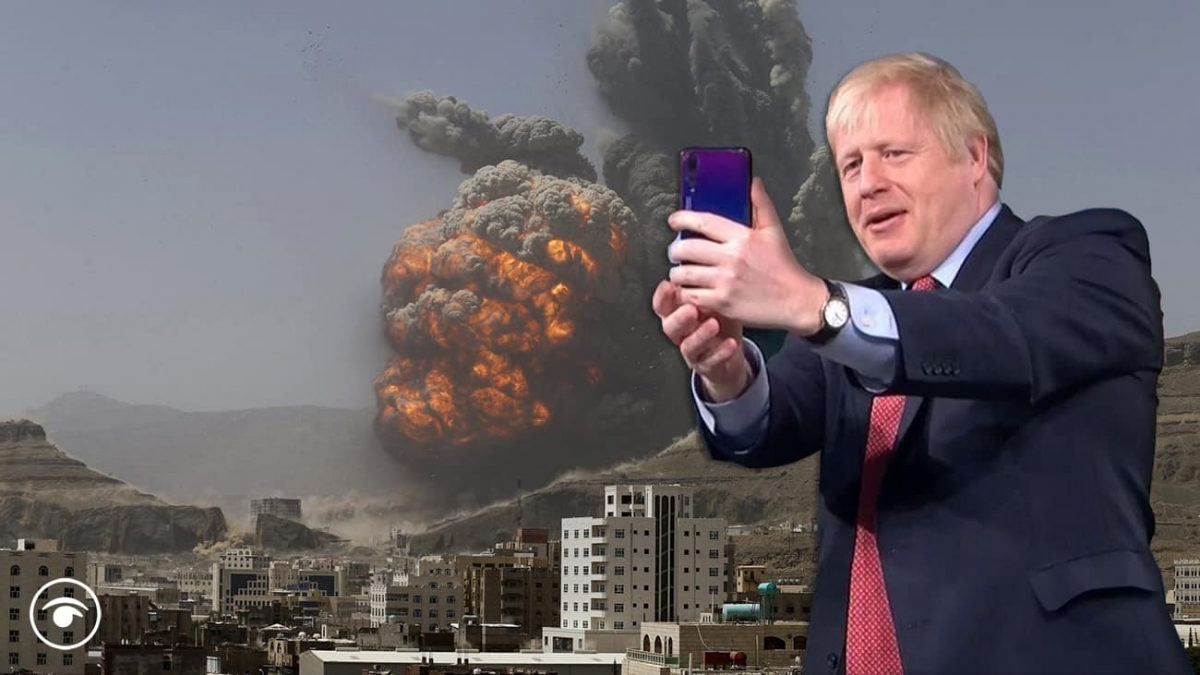 Dwarfed by a looming Budget, Prime Minister’s Questions today felt like something of an afterthought. As is, it would seem, the devastation being suffered in war-torn Yemen for Boris Johnson.

Both Sir Keir Starmer and Ian Blackford set their sights on the country – suffering from one of the world’s most acute humanitarian crises in a generation – on Wednesday afternoon in light of the news that Johnson and Rishi Sunak, his immaculately-quaffed chancellor, plan to shrink Britain’s aid contribution.

British-made bombs and missiles are killing innocent civilians. President Biden has stopped the sale of arms to warmongering Saudi Arabia but Johnson refused, again, to stop the trade. £1.39 billion-worth of arms, including missiles and bombs were sold last year. I’m sure the revolving door between government and arms manufacturers has nothing to do with it.

“The people of this country can be immensely proud of what this government is doing to support the people of Yemen,” Johnson bloviated. It seems the public money we send is to mop up the blood we have helped to spill and sales that fill the pockets of arms companies.

However, if you read the tabloids today you would have thought the most dangerous person with links to Riyadh is Meghan Markle – because she once wore some earrings the Saudi crown prince gave her as a gift.

Perhaps Labour and the SNP both used questions about Yemen because it felt like something of a safe option. Nicola Sturgeon is being hounded out of her job and Labour are fighting the Tories against tax rises for businesses, leaving many supporters wondering what exactly the point of them is. A war in the Middle East is easier to discuss than the internal battle within their respective parties.

Johnson brushed away the Yemen questions, coming into his own as a prime minister on the ropes for so long that he has seen his major opponents punch drunk themselves into submission.

Staying with boxing analogies, the BBC had hyped up Sunak’s budget as if he was Anthony Joshua – another man who has enriched himself at the hands of Saudi Arabia’s murderous crown prince. A video package they put together for him was only missing the Rocky theme tune in the background.

A ring walk with glamorous SpAds trailing in his wake holding up his Budget’s main points on cards wasn’t needed, much to his chagrin, as basically all of the budget had been leaked over the last week.

Sunak, the Budget bomber, claimed that unemployment isn’t as bad as expected as he extended the furlough scheme. Kicking the can down the road. He stuck to the Universal Credit uplift for a further six months, something he initially resisted.

He announced an increase to Corporation Tax to 25 per cent – just lower than the figure proposed by notorious fiscal hawk Jeremy Corbyn – leaving Starmer to argue that taxing businesses more is a bad thing. Strange times indeed.

We can also spend £100 on contactless payments now, something the pesky EU had stubbornly kept at £45. A Brexit dividend as big as Serco’s payout to shareholders, they will argue. Shame nobody has £100 in their accounts anymore.

Alcohol duties were frozen, an infrastructure bank in Leeds was announced, a new ‘Treasury North’ campus for Darlington and £5 billion in grants for the leisure industry. The magic money tree bore fruit. A budget that would have made Jeremy Corbyn shudder at its spending levels.

And with that Brand Sunak sat down in the spot he will be taking from his approving prime minister very soon. A Budget for him, by him and fully invested in him.