MPs, including Conservatives, have warned the decision will put lives at risk and leave hundreds of thousands of Yemeni children to starve. 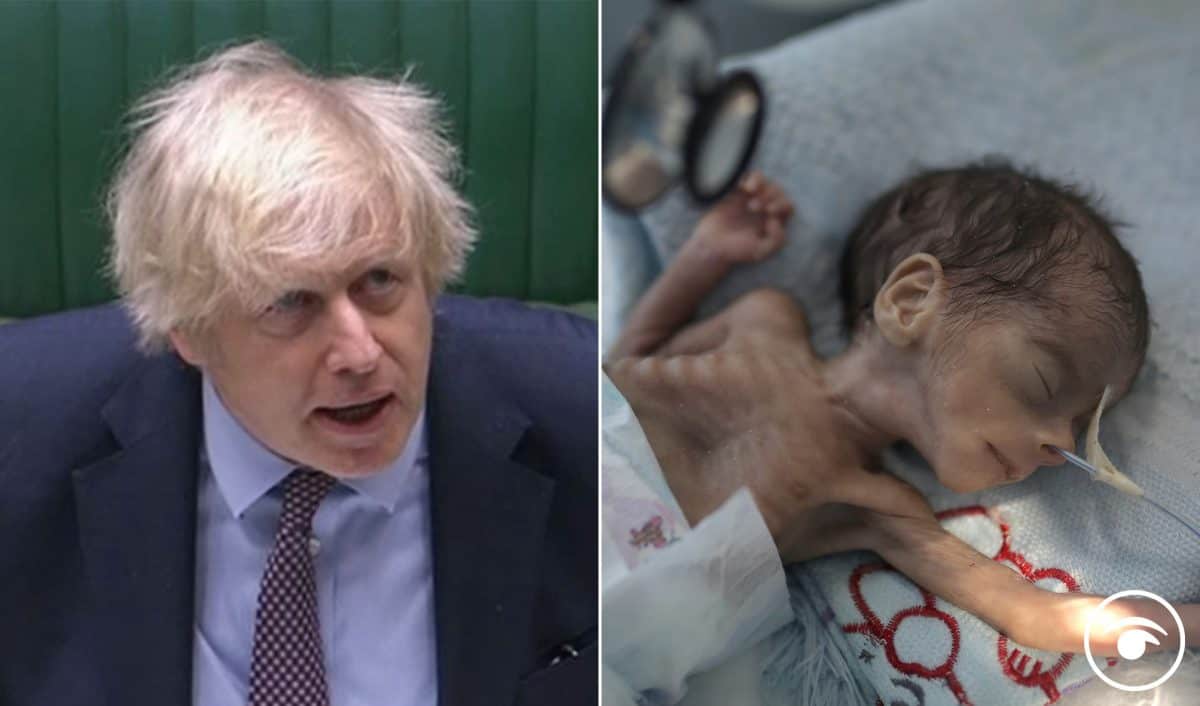 Boris Johnson has insisted moves to slash aid contributions to war-torn Yemen are in line with the priorities of Britons, amid a growing Tory rebellion.

Mr Johnson criticised Labour leader Sir Keir Starmer for using his six questions at Prime Minister’s Questions to focus on the humanitarian disaster in Yemen and the UK Government’s decision to cut its support.

MPs, including Conservatives, have warned the decision will put lives at risk and leave hundreds of thousands of Yemeni children to starve.

It follows a temporary reduction in UK aid from 0.7% to 0.5% of national income, despite a Conservative manifesto commitment to the higher target.

Speaking in the Commons, Sir Keir followed Tory MPs in calling for a Commons vote on the Government’s cut to international aid.

He hit out at the Government’s “manifesto-breaking cuts” to aid, before adding: “They should at least put that to a vote in this House. Will he have the courage to do so?”

“It’s a record of which this country can be proud. Given the difficulties that this country faces, I think the people of this country will think we’ve got our priorities right.”

Mr Johnson went on: “He can’t even address a question on the issues of the hour – he could have asked anything about the coronavirus pandemic. Instead, he’s concentrated his questions entirely to the interests of the people of Yemen and we’re doing everything we can to support the people of Yemen given the constraints we face.”

The Prime Minister added the Government was also presenting a “Budget for recovery”.

Sir Keir earlier pressed Mr Johnson on whether arms sales to Yemen should be suspended.

He said: “Does the Prime Minister agree with (US) President Biden that the sale of arms that could be used in the war in Yemen should be suspended?”

The Prime Minister replied: “Ever since the tragic conflict in Yemen broke out this country has scrupulously followed the consolidated guidance of which (Sir Keir) will be well aware.”

SNP Westminster leader Ian Blackford also said: “The situation in Yemen has been called the world’s worst humanitarian crisis – 100,000 have been killed, 16.2 million are at risk of starvation, 2.3 million children are at death’s door facing acute malnutrition.

“The UK Government’s response isn’t one of compassion, instead it’s to impose cuts. That’s what you’re doing, Prime Minister.”