As the rest of us crawl out of the Covid trenches - dazed, confused and war-weary - we will be sent straight back to the frontline, to deal with the economic fall-out from Brexit. 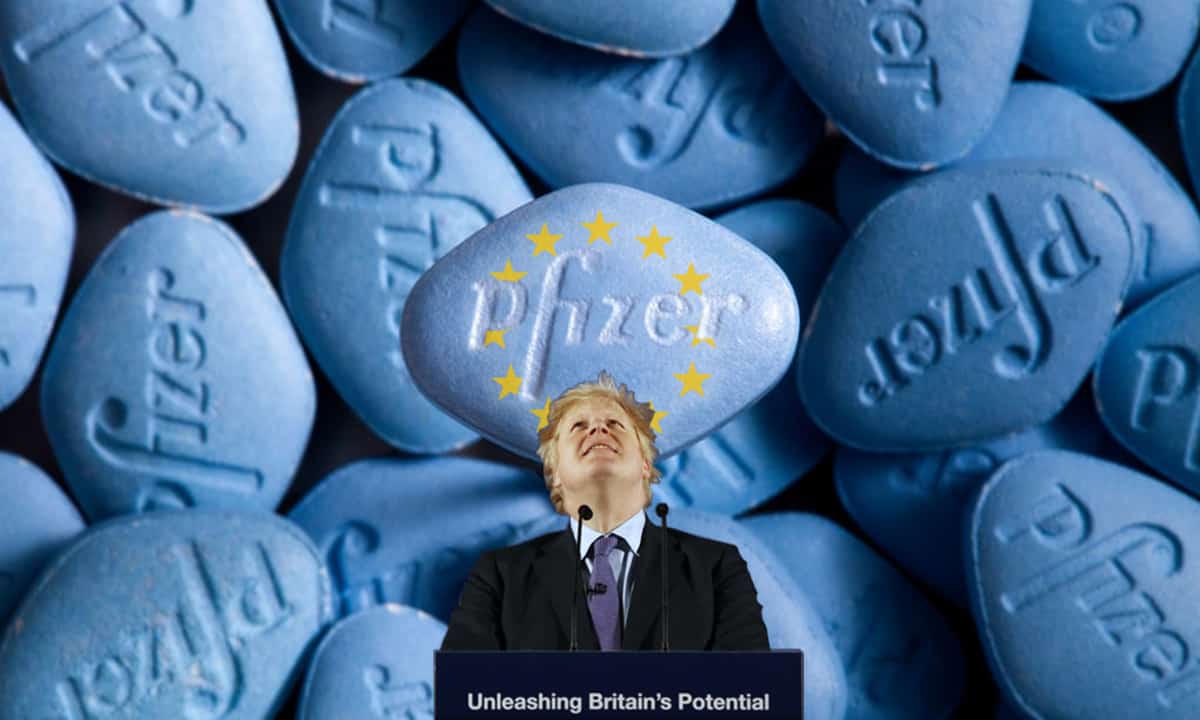 I began this week’s iteration of Prime Minister’s Questions by playing a lonely game of ‘Biden Bingo’, and – like the president-elect’s call to the PM – I was left waiting until the bitter end.

I wagered a mention within the first 30 seconds. But Johnson surprised me – he left it until the 29th minute to brag about his phone call with Joe Biden.

Perhaps he still thinks Donald Trump could sneak back into power – or at least barricade himself in the Oval Office.

That would give the two blonde bombshells something else in common, with Johnson well-renowned for locking himself out of sight – whether that’s at Chequers in the early stages of a pandemic or in a fridge on the campaign trail.

Instead there was some good news, which makes a nice change.

The fact that the company that is now favourite to win the race for a coronavirus vaccine also created Viagra wasn’t missed by many (including TLE’s own headline-writers, apparently), beating off stiff competition from Russia. (see what I did there?)

The prime minister has always referred to the pandemic in military terms and it was apt that on Armistice Day we may finally have found a silver bullet in the battle against Covid-19. It will be referred to as the ‘Phoney War’ forever more by anti-vaxxers.

But will Boris claim this as a conflict that he himself won? Probably. He will ignore the billions handed out to his mates and forget those months in spring and autumn when he buried his head in the sand and prayed for a vaccine. You might have been shot for cowardice for less in the Great War.

How much has this pandemic cost the taxpayer, and were the weapons bought by the government – if they ever arrived – shooting blanks?

This is what Sir Keir Starmer wanted to know today. He began by saying that “the prime minister may not understand the value of the pound in his pocket –  but the people who send us here do.”

The Labour leader then asked Johnson why a company was handed £150 million for a few faulty facemasks, how £130 million could have been splurged on PR consultants to write press releases, and who thought it was a good idea to hand half-a-billion quid to a company called Randox, who rewarded the government’s good faith by producing 750,000 unsafe testing kits – without a tender in sight.

Marcus Rashford had the equivalent of seven rounds of interviews, a psychometric test and an ironman triathlon, all at the same time, to get £170million to feed children this winter. Imagine the furore if no meals arrive, or get sent to Aberdeen instead of Hounslow.

This unfairness was reflected by Starmer. “There’s a stark contrast between the government’s willingness to spray money at companies which don’t deliver and their reluctance to provide long term support to businesses and working people at the sharp end of this crisis,” he said.

It is undoubtedly much easier to pour a glass of Sancerre with your friends, peering down on the conflict from high up in your ivory tower, than to worry about the gruesome scenes on the battlefield.

However as the rest of us crawl out of the Covid trenches – dazed, confused and war-weary – we will be sent straight back to the frontline, to deal with the economic fall-out from Brexit.

The vaccine will be manufactured in Belgium and has to be transported and stored at minus 70 degrees. So let’s hope there’s nothing happening on 1 January to cause chaos, confusion and delays at the border.