In no other profession in our country could somebody be found guilty by an independent process and just have their mates vote them back into the job. 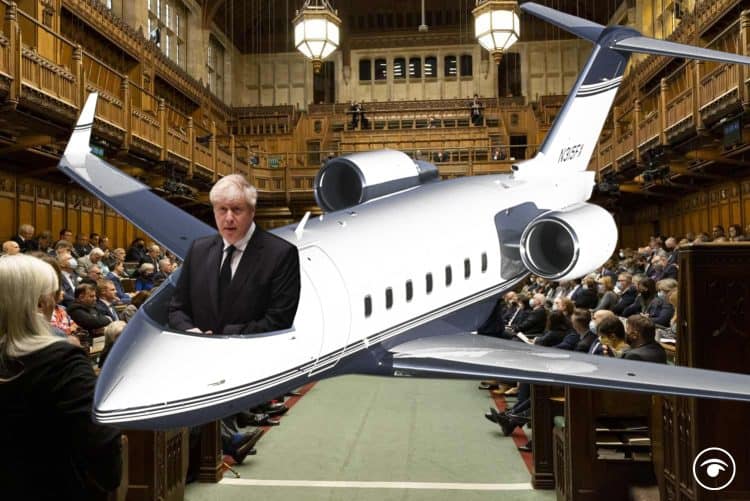 Always start with a joke, or so the old adage goes, and Angela Rayner, standing in for Sir Keir Starmer again, didn’t disappoint.

In advance of her appearance, she tweeted: ‘No soft-focus PR shots (Rish Sunak’s photographer wasn’t available last minute unfortunately) but I’ve had a coffee and I’m ready for PMQs.’

It didn’t look like she was wearing £100 designer sliders either. The only flip flops were coming from the prime minister himself.

Boris Johnson flew back from Cop26 in a private jet and is likely to give the Cambo gas field the go-ahead, which he probably thinks is funny, comedy is subjective after all. The PM’s humour is as black as the oil that will be extracted from the new offshore drilling platform.

Rayner was blistering as ever. Whereas Stamer likes to build a case and carefully probe the PM, Angela leaves Johnson more uncomfortable than invasive surgery.

Different styles but both end up with Johnson shifting around in his seat and talking out of his arse.

Referring to a misconduct case against Delyn MP Rob Roberts, Rayner added: “When a Conservative member was found guilty of sexual harassment but let off on a loophole, they said the rules could not be changed after the event.

Clutching at straws Johnson accused the Labour firebrand of ‘playing politics’ over the matter. This isn’t playing politics, it is making up the rules as they go along, changing the goals posts and creating a new sport.

Fun fact: Of the 59 Tory MPs whose names are on the amendment that would get Owen Paterson off the hook, six have had allegations against them upheld by the standards commissioner since last year. They are: Mark Francois, Karl McCartney, Iain Duncan Smith, Crispin Blunt, Bob Neill and Richard Drax.

In no other profession in our country could somebody be found guilty by an independent process and just have their mates vote them back into the job. But they play politics well those Tories…

I was waiting for the PM to revisit Rayner’s ‘Tory scum’ comments, but you get the feeling even he could see the irony in that if he mentioned it.

It was pleasant to see the convivial spirit was alive and well on the Conservative benches as many still opted to keep masks off, most noticeably Jacob Rees-Mogg on the front bench, even though a covid outbreak in Westminster means many staff have been told to work from home.

The PM didn’t bother to wear a mask sitting next to Sir David Attenborough at COP26, as if he cares if the Labour MP for Mitcham and Morden gets infected!

Did Johnson lie about anything else during the session? Well yes, one was about the new 48 hospitals being built – maybe concrete can grow after all.

As the session began with a joke, so did it end with one. Johnson said: “They [Labour] always want to put taxes up,” only days after his own chancellor raised taxes by the highest amount of any government since the 1950s.

The old ones are the best.