There was no mention in her report of The Winner Takes It All and other Abba songs reportedly heard blaring from the Downing Street residence. 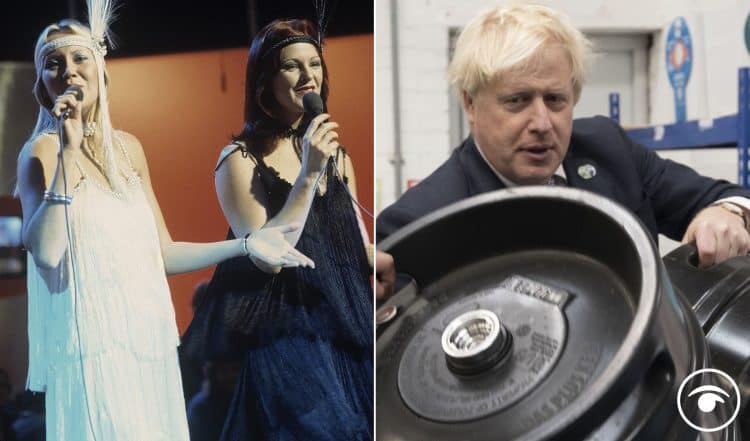 Sue Gray abandoned her investigation into the “Abba party” held in Boris Johnson’s flat despite finding that alcohol was present on the evening Dominic Cummings was forced out of Downing Street.

The senior civil servant found that the Prime Minister did attend the mid-lockdown gathering along with five special advisers but halted her work having only collected “limited” information when the Metropolitan Police began their investigation.

There was no mention in her report of The Winner Takes It All and other Abba songs reportedly heard blaring from the Downing Street residence after the departure of Mr Cummings as chief adviser was announced following a bitter power struggle.

Carrie Johnson, the Prime Minister’s wife, was reportedly at the event in the flat during England’s second national lockdown on November 13 2020.

Ms Gray said a “meeting” was held in the Prime Minister’s residence from “some time after” 6pm to discuss “the handling of the departure” with five special advisers.

She found that Mr Johnson joined the event where “food and alcohol were available” at around 8pm.

“The discussion carried on later into the evening with attendees leaving at various points,” the senior civil servant wrote.

But she said she had not long been investigating the evening when Scotland Yard began its criminal investigation.

She considered whether to resume her work after the police inquiry closed but “concluded it was not appropriate or proportionate to do so”.

Mr Johnson was not fined by the police over that event and he insisted it has been “extensively investigated”.

The Prime Minister reportedly claimed he did not break the law that night because he was conducting an interview with Henry Newman, an adviser and friend of Mrs Johnson.

In the Commons, Labour MP Catherine West asked: “Can he confirm he was only in his flat and he met Henry Newman to discuss a job, and can he confirm what the other special advisers were doing – were they part of the job interview as well?”

Mr Johnson replied: “That evening was extensively investigated, to the best of my knowledge, and I don’t believe I can improve on what Sue Gray has had to say.”