Tory MP Stephen McPartland also dismissed the statement as “all smoke and mirrors”. 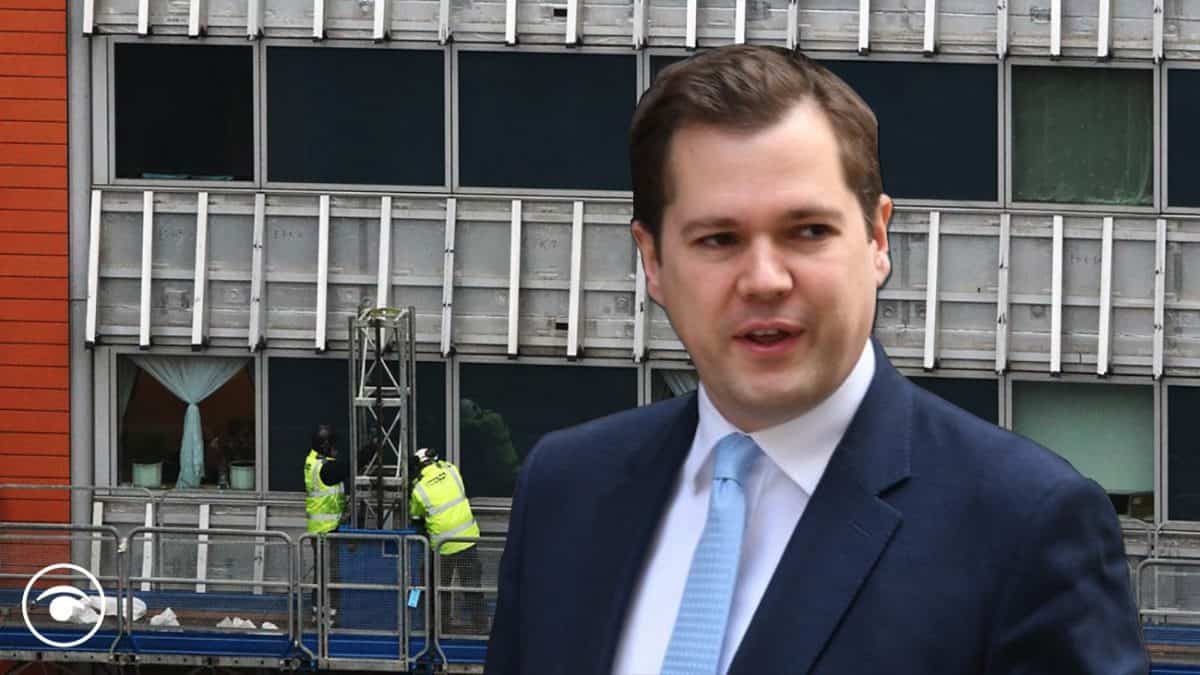 Robert Jenrick’s announcement of an additional £3.5 billion to help end the “cladding scandal” in England has been labelled “exceptional” by the managing director of a UK-wide mortgage broker; “Exceptionally unfair and exceptionally late”.

In a Commons statement, the housing minister told MPs that the funding would mean leaseholders in high-rise blocks would face no costs for cladding remediation work.

And he said that those in low and medium rise blocks would never have to pay more than £50 a month for cladding removal work.

To help fund the scheme he said that the Government was imposing a new tax on residential property in the UK.

He said that without Government action building owners would simply pass on the costs of remediation work to leaseholders.

Government has turned its back on leaseholders

But the announcement has been widely criticised for being both unfair and late.

Andrew Montlake, Managing Director at the UK-wide mortgage broker, Coreco, said: “The only way that this intervention is exceptional, is that it’s exceptionally unfair and exceptionally late.

“The Government has turned its back on hundreds of thousands of leaseholders in dangerous buildings less than 18 metres high.

“There are also a whole host of associated costs that leaseholders are being asked to pay that cause grievous financial difficulty.

“Asking people to pay for mistakes they didn’t make is an absolute travesty and one of this Government’s biggest failures yet.

“When you buy a home, you expect it to have been built safely and should not have to pay a penny if it hasn’t.

“What’s vitally important is that there is a hard deadline in place or there’s a real danger that the cladding scandal, which is causing a huge number of people unbearable levels of stress, will continue to drag on.

“Hundreds of thousands of people are now mortgage prisoners, unable to sell and in some cases facing financial ruin because of this outrage.

“It remains to be seen whether these proposals go far enough to give confidence to valuers and lenders to open up this part of the market once more and allow people to buy and sell without worry.

“Developers have been singled out to help pay for cladding remediation through an ongoing tax, and many outside the industry will see that as a wholly justified course of action. You’ve made your bed, now lie in it.”

All smoke and mirrors

Conservative MP Stephen McPartland – a prominent critic of the Government’s handling of the cladding crisis – also dismissed the statement as “all smoke and mirrors”.

He said that Mr Jenrick had failed to make any mention of the fire safety defects, waking watches and “excessive” insurance premiums which were the main costs for many leaseholders.

“I am listening to Robert Jenrick’s announcement with my head in my hands. Wondering how he can have got this so wrong,” he tweeted.

“It is a betrayal of millions of leaseholders. It is not good enough. It is shocking incompetence. It is clear the PM has to step in now.”