Johnson might have broke down the red wall but the wrecking ball has rebounded right into his face. 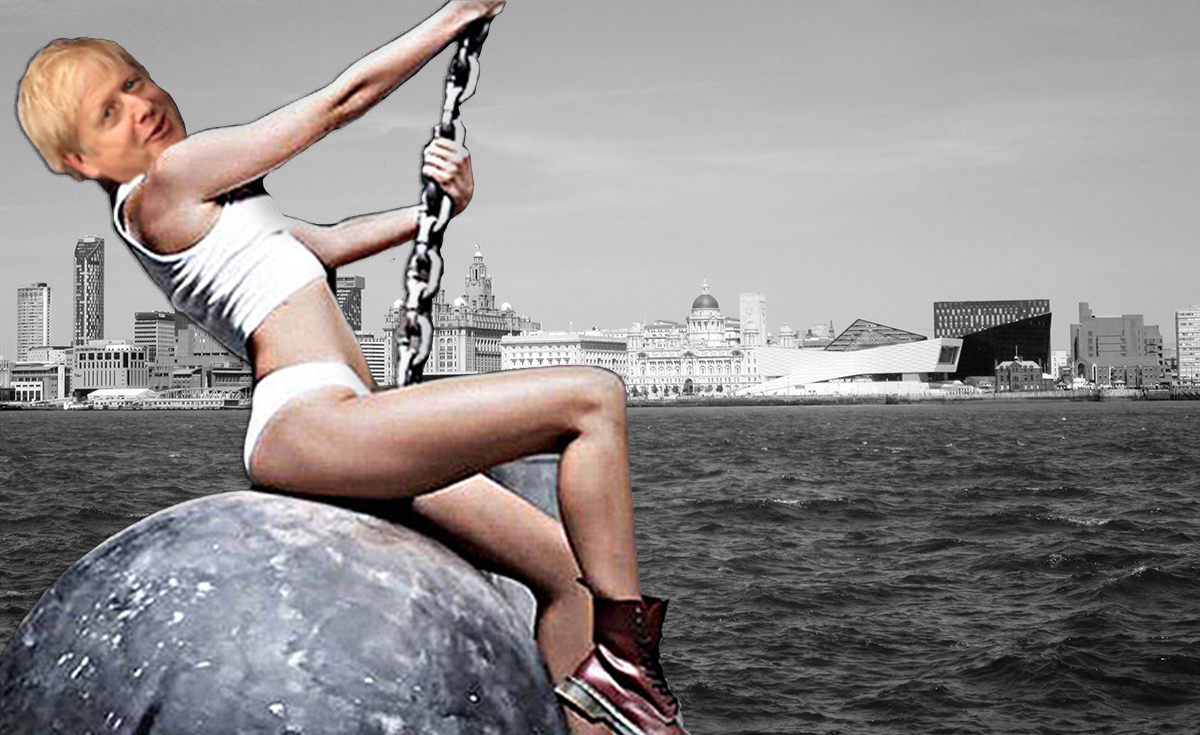 I called three mates back home in Newcastle last night, one thought the pubs were shut, another said the landlady of his local demands to see proof of address like a pint-sized Stasi and my other pal was that mortal he couldn’t remember if he had even been in a pub.

Admittedly, while my friendship group might not be the greatest barometer of public health policy, it proves that people don’t have a clue what is going on and anger in the North is growing at a rate not seen since the Poll Tax was introduced.

One thing everyone is sure of though is that the good people of Liverpool hate the Tories even more than they ever have, something I didn’t know was possible.

Perhaps Johnson is actually revisiting the Tory policy plan to abandon Liverpool and leave it to rot.

Last week Labour MP for Wigan Lisa Nandy said that the hatred of the Government in the North is at 1980s levels, basically during the reign of ‘Thatcher the Terrible’. Johnson might have broken down the red wall but the wrecking ball has rebounded right into his face.

If you didn’t get the ‘clever’ play on words in the headline (you need to brush up on your new wave synth bands) it was a nod to the 80s and the destruction of the North.

Leaving aside pop music trivia one thing Johnson needs to brush up on is his suit. At today’s PMQs he was literally shedding hair in real time, again. I don’t think it is male pattern baldness. His locks are just jumping ship along with everyone else; it’s not their fault they are attached to his cranium. Don’t blame us they appear to be pleading as they parachute onto his suit.

Did PMQs clear anything up today? Well, yes, but mainly no. One thing I can say for sure is that the weekly session is getting more personal. Today Sir Keir Starmer took his gloves off and said to the PM: “I know for someone who has been an opportunist all his life, this is difficult to understand. But having read and listened to SAGE advice, I have genuinely concluded that a circuit break is in the national interest.”

Personal sniping aside the take home message is that the leader of the opposition thinks the government should follow the advice of the government’s scientific advisers, while the PM doesn’t. Leave that to sink in. It might pass Johnson on its way down.

One amusing question came from Tim Loughton (Con), who seemingly straight faced said to the PM that as an experienced parent himself, he knows how important face to face contact his. However, becoming a father is not the same as being one.

Starmer then pointed out that not a single scientist supports the local tiers approach. What happened to following the science? The Tories will always follow the money eventually.

The PM denied that we need a national lockdown as North Nortfolk and Cornwall barely have any. You could hear the sound of the Chelsea tractors revving up to return to their second or third homes to shoot grouse, share Covid and moan about the wi-fi.

But there was a sting in the tale, a denouement of sorts. Starmer asked if reports that it is 80 per cent likely the Government will go for a circuit break soon are true.

Johnson didn’t rule it out. So like everything during this crisis the Government will act when it is far too late.

The Government groundhog day recalls another Tears for Fears track.

No not *Everybody Wants to Rule the World*, that’s just for Dominic Cummings.

When people run in circles it’s a very, very.

I need a drink. Are the pubs open?