Next we'll hear Rishi Sunak is economic modelling on a Commodore 64. Or perhaps Liz Truss has gone full Luddite and decided to build her tax evaders ‘free port’ wet dream moulded out of mouldy Stilton. 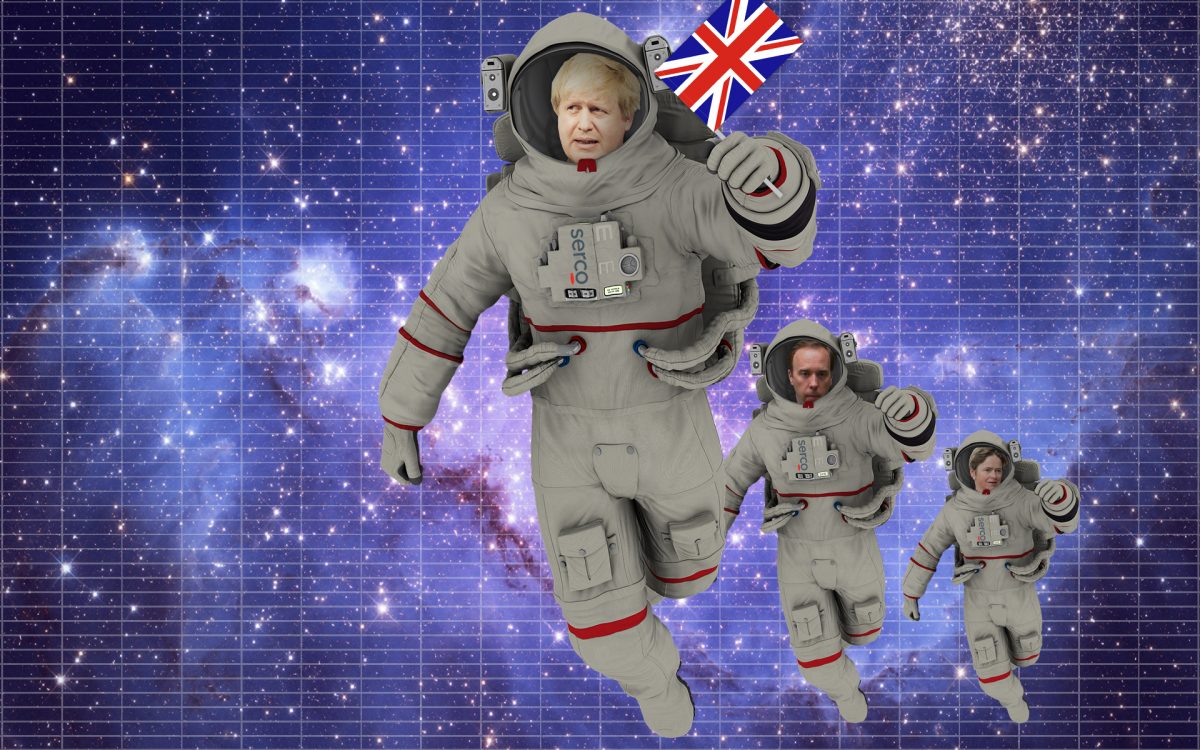 Yesterday was Boris Johnson’s party conference speech. Usually he would walk off to a red-cheeked round of applause and then head for some fizz with a Russian oligarch and offshore Brexiteer. Instead during the virtual recording he rather bizarrely quoted 90s Manchester band M people saying  ‘you have got to search for the hero inside yourself.’

It appeared Johnson had been holdin’ out for a hero ’til the end of the night (sorry Bonnie) but clearly didn’t find one, as he warbled on during today’s PMQs.

The PM accused Starmer of agreeing with the government one week and changing his mind the next. But after you’ve watched someone stick a fork full of food in their own eye, at some point you have to stop them and show them how to stick it in their mouth, other orifices can apply.

Let me take this slowly

It was obvious Starmer was frustrated with the PM (join the club) he said “For the Prime Minister’s benefit let me take this slowly for him..”  and ” if you actually listen to the question, we might get on better”. Was it patronising or necessary? Maybe a bit of both.

As expected the Labour leader asked about 16,000 people with Covid who have been walking around unknowingly spreading the disease due to an Excel Spreadsheet issue caused by human error.

Johnson wasn’t having that Excel spreadsheet accusation thrown at him though, telling Starmer that it can’t be human error if it was a technical issue, which is beyond the realms of sanity.

Imagine an astronaut trying to reach the moon by running with a plastic bag above his head to try and get some lift when they catch a gust of wind. You don’t blame the plastic bag for not reaching Orbit, you question if this is the right person to get you into space.

Continuing the space exploration theme, Starmer said: “No wonder it’s been described as intergalactic incompetence”  in reference to the missing tests, it’s hard to argue with that, but I prefer ‘solar system failure’ or ‘moonshot but Uranus scores an own goal.’

Bizarrely the PM then argued that the testing problem has now been fixed and the missing data doesn’t change the spread of the disease.

That’s despite some of these people walking about spreading the disease for over two weeks, of course. Even if they have been contacted now they have missed the self isolation period.

Starmer told the House that infection rates have risen in 19 of the 20 areas where local lockdowns have been enforced, and that rates in Johnson’s own constituency are just as high as some of these areas.

But then reducing people’s freedoms, restricting meeting family and shutting pubs at 10pm isn’t much of a vote winner, just ask his dad Stanley.

Johnson was able to sneak in his plans for a green economy, with a wind farm on every street corner and 100,000 jobs. Even with the relaxed planning laws I’m not sure you can whack up a windfarm before the furlough scheme ends in 24 days and millions could be out of work.

With Sunak hoping people in the creative arts can find other jobs to do, perhaps Mumford and Sons will be sent to Ullapool to lay the groundworks for new eco friendly generators which to be fair wouldn’t be such a bad thing.

As ever it was hot air from the PM. He didn’t need this level of scrutiny, he should be sleeping off his oligarch-induced hangover after his conference speech in bed, scratching and basking in the glory of a guaranteed job with a lobbying firm when he decides being leader of the country is too much hassle for not enough money, which he seemed to reach on day one of the job.

But he isn’t the British hero he so wishes to portray and the lyrics from M people swirling inside himself should really be ‘What have you done today to make you feel proud?