The deputy Labour leader said the PM's cheerleaders have resorted to spreading "desperate, perverted smears" in a thread posted on Twitter. 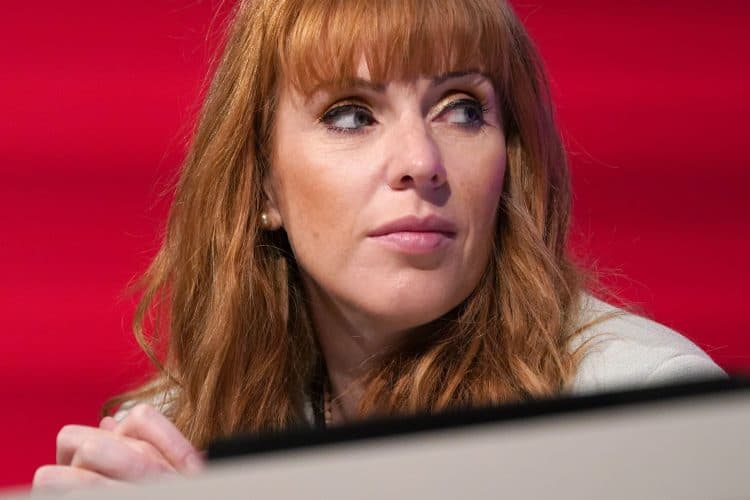 Boris Johnson has written to Angela Rayner to insist “misogynistic” claims reportedly made about her by an unidentified Tory MP were not in his name.

According to the Daily Telegraph, the Prime Minister sent the deputy Labour leader a letter on Sunday in response to a report in the Mail on Sunday which has been condemned by Tory and Labour MPs alike.

Mr Johnson reportedly moved to assure Ms Rayner in the private letter that the comments were “not in his name”, expressing his sympathy over the anonymous attack.

The article claimed that an unnamed Tory MP had told the newspaper Ms Rayner crossed and uncrossed her legs on the Labour front bench during Prime Minister’s Questions in an attempt to distract Mr Johnson.

On Sunday, Ms Rayner called the story “desperate” and “perverted” and quickly received solidarity from across the House of Commons for the “smear”.

The Prime Minister was among those to publicly condemn the claims on Twitter.

“As much as I disagree with (Ms) Rayner on almost every political issue I respect her as a parliamentarian and deplore the misogyny directed at her anonymously today,” he wrote.

On Sunday evening, the Tory chairman of Parliament’s Women and Equalities Committee, Caroline Nokes, revealed she had written to Sir Lindsay Hoyle, the Commons Speaker, to suggest the journalist who wrote the story be formally censured.

The Conservative MP for Romsey and Southampton North told LBC the Tory MP sources behind the article should be “hanging their heads in shame”.

Earlier in the day she wrote on Twitter that “too many female MPs (of all parties)” have been on the “receiving end of vile” claims like those aimed at Ms Rayner.

Ms Rayner often sits next to Labour leader Sir Keir Starmer and opposite the Prime Minister during the weekly Commons clashes.

She has also stood in for Sir Keir at PMQs when he has been forced to self-isolate due to Covid-19.

In a series of tweets, Ms Rayner lashed out at the “lies” being briefed about her.

The Ashton-under-Lyne MP said: “Boris Johnson’s cheerleaders have resorted to spreading desperate, perverted smears in their doomed attempts to save his skin.

“They know exactly what they are doing. The lies they are telling.”

She said Mr Johnson and his backers “clearly have a big problem with women in public life” and that they “should be ashamed of themselves”.

“I won’t be letting their vile lies deter me. Their attempts to harass and intimidate me will fail,” Ms Rayner added.

Sir Keir said the sexism displayed by those briefing the Sunday paper was a “disgraceful new low from a party mired in scandal and chaos”.

Tulip Siddiq, the shadow economic secretary to the Treasury, said the accusations were “disgraceful”.

The Labour politician told Sky News’s Sophy Ridge On Sunday: “At the end of the day, Angela Rayner is an MP who was elected on merit.

“To talk about the fact she is using her legs or her posture to manipulate the Prime Minister is ridiculous and I’m really upset about it.”

One Tory MP is said to have told the paper: “She (Ms Rayner) knows she can’t compete with Boris’s Oxford Union debating training, but she has other skills which he lacks.

“She has admitted as much when enjoying drinks with us on the (Commons) terrace.”

Andrea Leadsom, the former leader of the Commons, similarly called the comments “totally unacceptable” and expressed sympathy for the deputy Labour leader.

When asked on Sophy Ridge about the coverage, Tory chairman Oliver Dowden said he did not recognise the claims attributed to his party’s MPs.

“No woman in politics should have to put up with this.”