One person described the story as a "stain on everyone involved in briefing it out, writing it, editing it, and approving it for circulation." 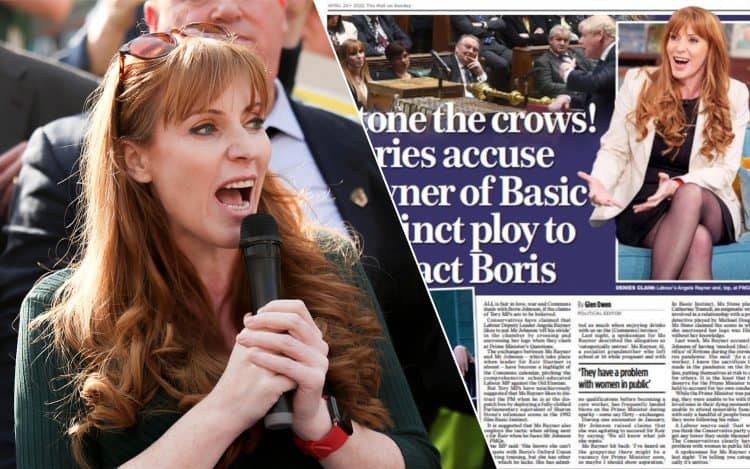 The Mail on Sunday has courted controversy after it suggested Angela Rayner has been using Basic Instinct tactics to distract Boris Johnson.

According to reports by Glen Owen, the paper’s political editor, Labour’s deputy leader has been accused by her Tory colleagues of putting the prime minister “off his stride” in the chamber by crossing and uncrossing her legs when they clash at PMQs.

One MP reportedly said: ‘She knows she can’t compete with Boris’s Oxford Union debating training, but she has other skills which he lacks,” with the Mail suggesting Rayner deploys a “fully-clothed Parliamentary equivalent of Sharon Stone’s infamous scene in the 1992 film Basic Instinct”.

Rayner hit back at reports today in a blistering thread posted on Twitter.

She said: “Women in politics face sexism and misogyny every day – and I’m no different.This morning’s is the latest dose of gutter journalism courtesy of the paper.

“Boris Johnson’s cheerleaders have resorted to spreading desperate, perverted smears in their doomed attempts to save his skin.

“They know exactly what they are doing. The lies they are telling.”