It comes as new figures reveal just 172 of the 8,953 migrants who have made the crossing will be deported to Rwanda at a cost of £1 million per person. 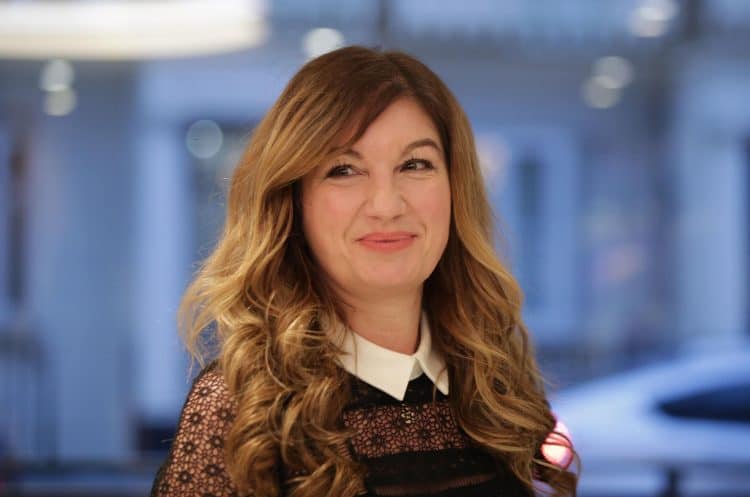 Karren Brady has leapt to the defence of Priti Patel over her plans to ship asylum seekers more than 4,000 miles away to Rwanda.

Under the proposals, those arriving in Britain in small boats will be sent for processing in Central Africa, where they will have the right to apply to live.

The home secretary struck a £120 million economic deal will Rwanda as part of the plan, with cash for each removal expected to follow.

But the agreement has been criticised by senior Tories, Labour and church figures including the Archbishop of Canterbury Justin Welby.

Conservative former prime minister Theresa May has questioned the “legality, practicality and efficacy” of the plan, and Mr Welby described it as “the opposite of the nature of God”.

Thankfully for Patel, there was some support on hand.

The Apprentice star Baroness Brady, who is currently the vice-chairman of West Ham United, said Patel “deserves praise, not criticism” in a column posted on The S*n.

She said “such a deterrent cannot come soon enough” in the article, suggesting the government policy has the potential to “save lives by stopping evil people-traffickers.”

Brady went on to say that the biggest hurdle she will face is not the Archbishop of Canterbury, the BBC or Labour politicians but the civil service, which bears out if recent figures are to be believed.

According to numbers reported in the Times just 172 of the 8,953 migrants who arrived illegally via a ‘safe’ country such as France would be sent to Rwanda as things stand.

Not only is that far lower than the “tens of thousands” of deportations promised by Boris Johnson, but given the £210 million cost of the scheme, it works out at more than £1 million per person.