“It is a bit like the dodgy dossier that Blair produced for the Iraq War. They had decided what policy they wanted, therefore produced documents to try and boost their case. I think that is the wrong way to do it.” 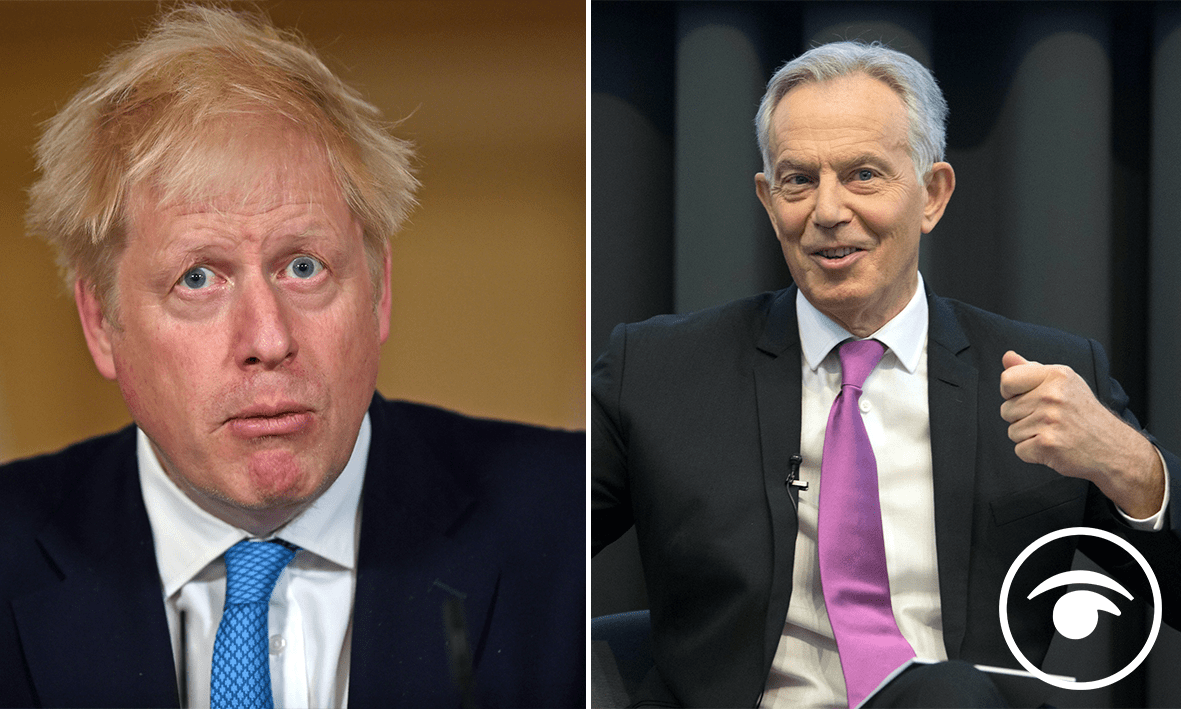 Sir Keir Starmer has urged Boris Johnson to show “some basic honesty” and reveal what will happen once the second lockdown measures expire next month.

The Labour leader questioned whether the Prime Minister intends to lift the harshest level of restrictions for England on December 2 even if the Covid-19 infection rate is still increasing.

Mr Johnson has previously insisted the “autumn measures” will “end” in four weeks, although there has been speculation the shutdown could be extended.

At Prime Minister’s Questions, Mr Johnson said he has repeatedly stressed the lockdown restrictions will expire automatically on December 2 and he hopes “very much” to “get this country going again” in the run up to Christmas.

Sir Keir also offered to join cross-party talks with the Government to thrash out a solution on care home visiting during the lockdown.

Speaking in the Commons, Sir Keir called the Prime Minister’s delay in acting over rising infection rates “a huge failure of leadership”.

He told MPs: “First, will the lockdown end on December 2 come what may, or will it depend on the circumstances at the time? People need to know that.”

Mr Johnson replied: “Well I am grateful for the support that he is now offering and I can answer him very simply – as the House knows and as I informed him repeatedly on Monday, these measures, these autumn measures to combat the surge, will expire automatically on December 2.

“And we will then, I hope very much, be able to get this country going again, to get businesses, to get shops open again in the run up to Christmas.

“But that depends on us all doing our bit now to make sure that we get the R (value) down.

“I’ve no doubt that we can, and that we’ll be able to go forward from December 2 with a very, very different approach – but, of course, it will be up to the House of Commons to decide, thereafter, what to do.”

“That doesn’t seem sensible to me.”

Mr Johnson replied: “It is thanks to the efforts of the British people that the R is now currently only just above 1, as it is.

“And we are doing the right and the prudent thing at the right time to get that infection rate down and these measures, as I have said repeatedly to the House, will expire on December 2.

“If he is now saying he wants to expand, protract them beyond December 2, then perhaps he should make his position clear.”

But Sir Keir countered: “I just want some basic honesty.

“If the infection rate – we’ve got to look the public in the eye – is still going up on December 2, it is madness to come out of the system back to the tiered system, when we know the one thing the tiered system can’t cope with is an R rate above one.”

Boris Johnson has said he hopes shops and businesses will be able to re-open again in the run-up to Christmas as he urged MPs to back a new four-week coronavirus lockdown in England.

Ahead of a Commons vote on Wednesday, the Prime Minister said the Government was not seeking to impose the new controls “lightly”.

Mr Johnson is facing a backbench revolt by some Tory MPs deeply unhappy at the economic damage the new measures will cause, as well as the impact on civil liberties.

One rebel compared the Government’s arguments to Tony Blair’s “dodgy dossier” on Iraqi weapons of mass destruction and warned any revolt of more then 20 MPs would be “very significant”.

In the Commons, Mr Johnson urged MPs to put aside “party political wrangling and point-scoring” and to come together to drive down the infection rate.

He insisted the new regulations would automatically expire on December 2 and said what happens after that would depend on reducing the R number – the reproduction rate of the virus.

“We will then, I hope very much, be able to get this country going again, to get businesses, to get shops open again in the run-up to Christmas,” he said.

“But that depends on us all doing our bit now to make sure that we get the R down.

“I’ve no doubt that we can, and that we’ll be able to go forward from December 2 with a very, very different approach – but, of course, it will be up to the House of Commons to decide, thereafter, what to do.”

Sir Keir Starmer confirmed that Labour would support the Government, but criticised the Prime Minister for resisting earlier calls for a new lockdown.

He said that it would be “madness” for ministers simply to return to the previous of tiered localised restrictions if the infection rate was still going up on December 2.

Earlier, Tory MP Peter Bone said that he had decided to vote against the lockdown following a briefing for MPs by Government scientists.

“I decided that what we were being fed was propaganda and not the full facts,” he told the PA news agency.

“It is a bit like the dodgy dossier that Blair produced for the Iraq War. They had decided what policy they wanted, therefore produced documents to try and boost their case. I think that is the wrong way to do it.”