"Have you done another picture with a Denmark shirt just to be on the safe side?" 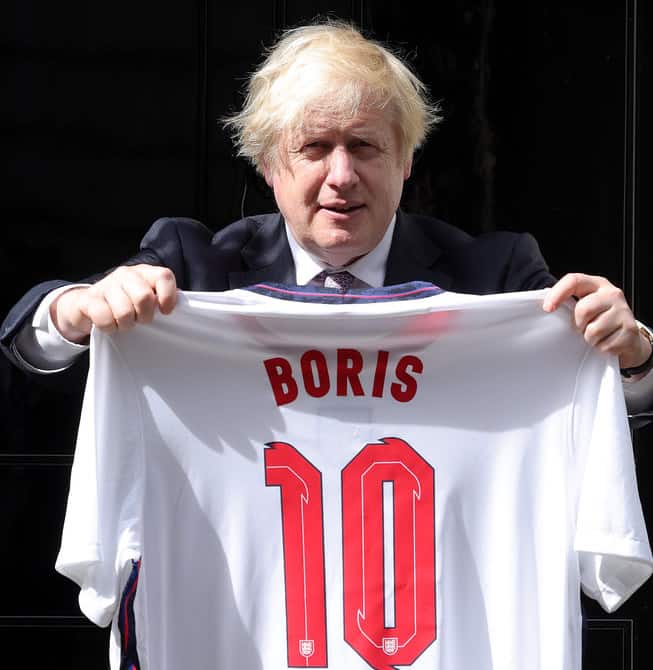 England football supporters have begun getting into the party spirit ahead of the Euro 2020 semi-final showdown with Denmark. Not one to miss out on a patriotic bandwagon the PM, not a football fan, has posed with an England top.

Three Lions fans are expected to get through nearly 10 million pints in pubs and beer gardens tonight, while the majority of the 60,000 supporters inside Wembley for the semi-final showdown will hope to create a typically partisan atmosphere.

The Duke of Cambridge, who is president of the Football Association, will be among those inside the ground to watch the match, which will be the first time the men’s team has made it to the semi-final of a European Championship since an ill-fated penalty shootout defeat to Germany at Euro 96.

So in the support of this huge tie the PM found a minute to pose with an England shirt outside 10 Downing Street.

Today is the day.