"If Priti Patel wants to send asylum seekers to Rwanda she will have a fight on her hands. Not in our name," Ian Blackford said. 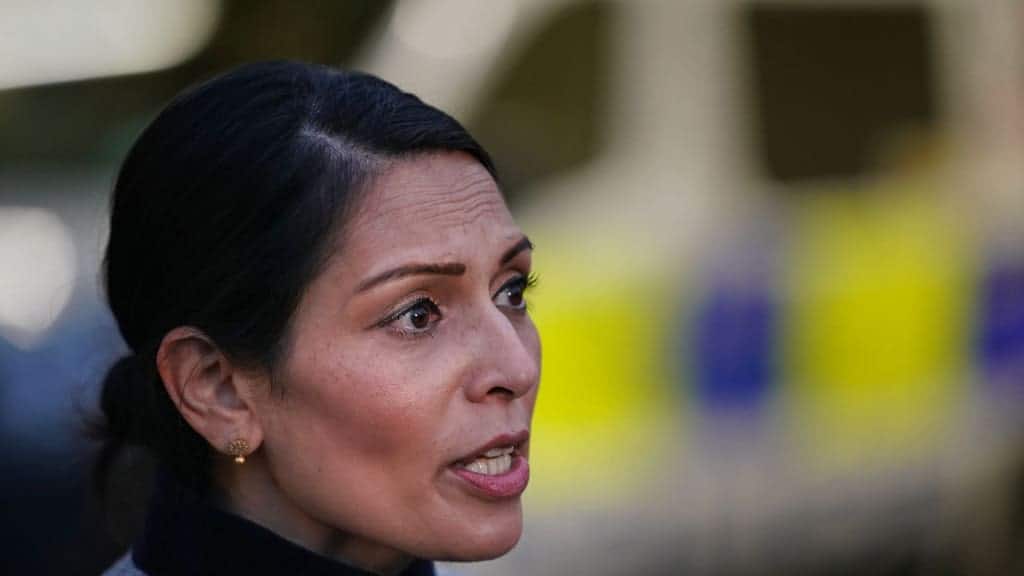 Priti Patel’s plans to send asylum seekers to Africa for processing has sparked a furious reaction on social media, with one person calling it a “disgusting” move.

According to reports in The Times today the home secretary will introduce laws next week to enable the government to hold migrants in offshore hubs.

It is thought Patel is in talks with Denmark over sharing a centre in Africa, with the Scandinavian country eyeing up Rwanda as a hub after sending two ministers there to sign off a memorandum on asylum and migration.

In the memorandum, officials from both countries said that processing applications outside the EU would help “break the negative incentive structure of the present asylum system.”

The Home Office has also studied the Australian system which bans the arrival of asylum seekers by sea – with applications processed in offshore immigration centres in neighbouring countries such as Papa New Guinea.

A government source told The Times: “The prime minister and home secretary are determined to look at anything that will make a difference on Channel crossings”.

But the move has sparked furious reaction online.

The Refugee Council chief executive Enver Solomon pointed out that offshore processing is “an act of cruel and brutal hostility towards vulnerable people who through no fault of their own have had to flee war, oppression and terror.”

Disgusting plan, this, from Priti Patel. @refugeecouncil chief executive @EnverSol says: “Offshore processing is an act of cruel and brutal hostility towards vulnerable people who through no fault of their own have had to flee war, oppression and terror” https://t.co/Fc6geURPpd

While Wolfgang Blau compared the moves to Germany’s far-right AfD party, which demands asylum centres in regions such as North Africa.

It needs to be noted that with her plan to create so-called 'offshore processing centers' for asylum seekers, the UK's Home Secretary Priti Patel is politically congruent with Germany's far-right AfD party. AfD equally demands 'asylum centers' in regions such as North Africa. pic.twitter.com/2UKLTJecVf

Here’s the pick of the reaction from elsewhere:

If @pritipatel wants to send asylum seekers to Rwanda she will have a fight on her hands. Not in our name. We treat people with respect and dignity. This is inhumane in the extreme. Where is our humanity. This Tory Govt is prepared to engage in morally reprehensible behaviour. https://t.co/eUshmWegyW

Priti Patel says we're going to start sending scared and desperate refugees to offshore camps where they'll be outside of the reach of the UK's human rights protections.