It comes after Kim Leadbeater was chased and harassed by an angry mob in the West Yorkshire constituency. 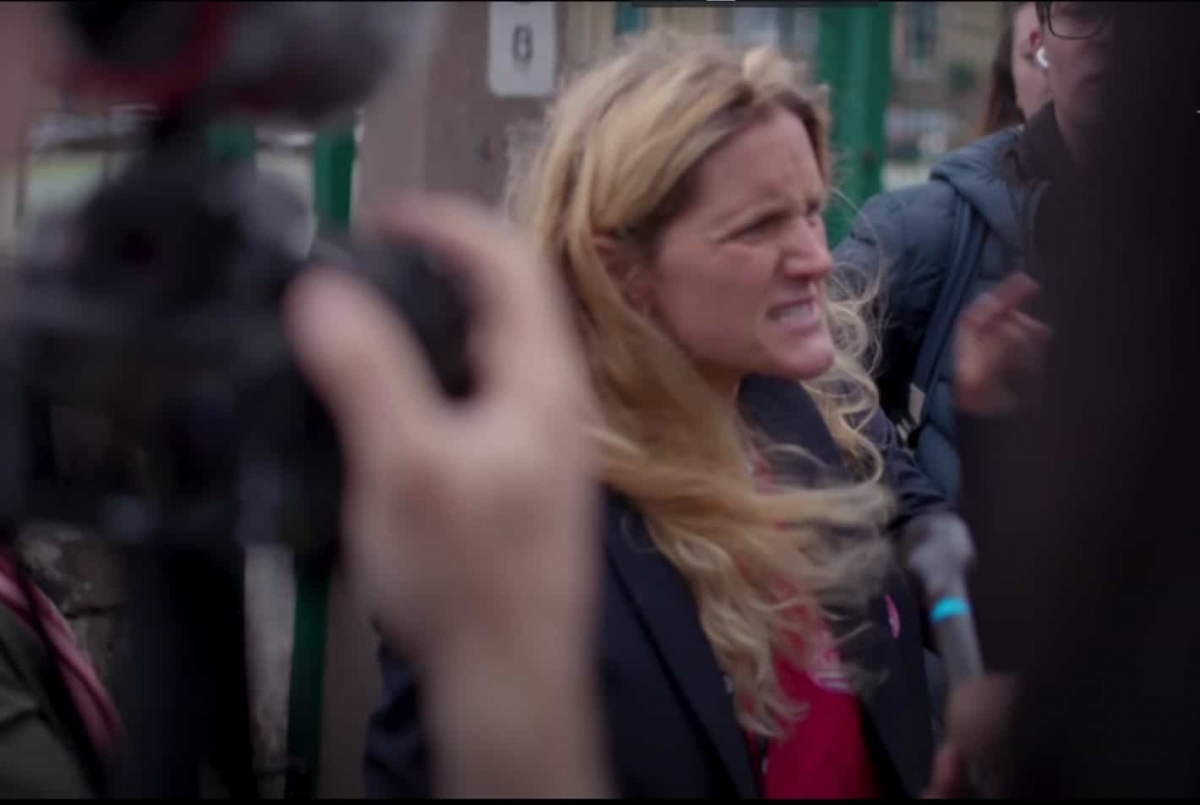 Labour activists in the Batley and Spen by-election have been pelted with eggs and kicked in the head while on the campaign trail, the region’s mayor has said.

Newly elected West Yorkshire mayor Tracy Brabin said she was leafleting with “colleagues, volunteers, campaigners” in the Whitaker Street area of Batley on Sunday when they “were followed, verbally abused and physically assaulted by a group of young men”.

Ms Brabin, who was the Labour MP for the constituency before winning the metro mayor job in May, said: “The group I was with included young people and the elderly. I witnessed them being egged, pushed and forced to the ground and kicked in the head”.

“We are kinder than this”

West Yorkshire Police confirmed on Sunday evening that they are investigating, and Ms Brabin – who also holds the police and crime commissioner responsibility for the region – praised officers for their swift response.

But she added: “We know why tensions are rising in our streets. Those who want to sow division are not welcome in our community.

“The actions of these people do not represent the Batley and Spen I know. We are kinder than this.”

Labour MP for Halifax Holly Lynch added: “There has been a series of increasingly serious and violent attacks in recent days and this is absolutely unacceptable.

“Lawless thugs are seeking to intimidate and attack those involved in the proper democratic process.”

Ms Leadbeater, who is the sister of former MP Jo Cox who was murdered in the constituency in 2016, was confronted by a man who challenged her over the situation in Kashmir and her stance on LGBT+ education in schools amid what he said were concerns from Muslim parents.

But in a video that circulated online, Ms Leadbeater was seen to ask the man not to shout at her, before turning away and being pursued and heckled by a group.

In the video, he raises his voice at Ms Leadbeater, who responds by repeatedly asking why he would shout at her in the street.

Ms Leadbeater then leaves and is pursued by a group to a car.

She later alleged that opponent and former MP George Galloway, who is standing for his Workers Party, had been “laughing” nearby.

Mr Galloway said it was a “false statement” and, asked whether he would condemn the behaviour, he replied: “Absolutely.”

But shadow crime reduction minister Ms Lynch said on Sunday: “George Galloway’s campaign has created a toxic environment that is suffocating democracy and drowning out the voices of local people.”

Tensions have been rising in the race – where voters go to the polls on Thursday – which has a total of 16 candidates but is seen as a two-party battle between Labour and the Conservatives.

Stephen Yaxley-Lennon – also known as Tommy Robinson – was reported to be visiting the seat for a rally on Saturday, prompting counter-demonstrations.

But Mr Yaxley-Lennon did not turn up and West Yorkshire Police said that despite around 400 people gathering, demonstrations passed mostly without incident.

A total of three arrests were made – two for public order offences and a man was also arrested for possession of an offensive weapon.

Officers also assisted two people who are believed to have suffered medical episodes.

Assistant Chief Constable Scott Bisset, who led the policing operation, said: “Our overall aim was to ensure that the demonstrations remained peaceful and were effectively managed, so that the wider public were able to go about their business unaffected.”