Prof Louise Richardson lashed out at Gove's infamous "had enough of experts" comment at a recent university summit. 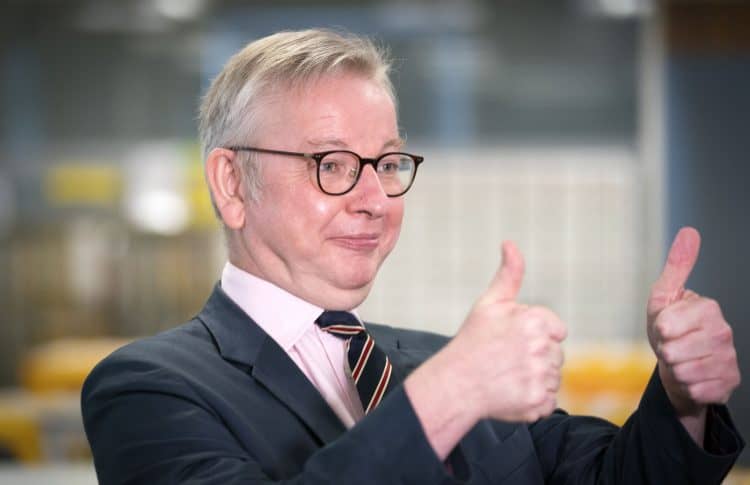 The vice-chancellor of the University of Oxford has said she is “embarrassed” that Michael Gove studied there following his infamous remarks that people have “had enough of experts”.

Gove, the chancellor of the duchy of Lancaster, made the controversial comments three weeks before Britain voted to leave the European Union in 2016.

But Professor Louise Richardson, the university’s vice-chancellor, said the development of vaccines against Covid-19 – including the one devised by Oxford scientists – illustrated the importance of experts.

‘Had enough of experts’

Speaking on a panel alongside vice-chancellors across the world at Times Higher Education’s World Academic Summit, Richardson said: “Michael Gove, the British cabinet minister who I am embarrassed to confess we educated, famously said after it was pointed out to him by a journalist that all the experts opposed Brexit, he said: ‘Oh we’ve had enough of experts.’

“With the vaccine, it seems like the public can’t get enough of experts. Many of our scientists have become household names.

“We have demonstrated through the vaccine work and the development of therapeutics and so on just how much universities can contribute and that’s enormously helpful to our cause.”

Gove studied English at Lady Margaret Hall, Oxford, graduating in 1988 – and was elected president of the Oxford Union debating club.

Richardson also hit out at “culture wars”, arguing that universities need more “ideological diversity”. The perception that places like Oxford were “bastions of snowflakes” were “deliberately fanned” by populists, parts of the media and politicians, she said.

The “war on wokeness” is a problem for universities, she added. “Increasingly people are seeing that they haven’t gone to university and yet their taxes are paying for these utterly overprivileged students who want all kinds of protections that they never had and I think we have to take this seriously.”

She added: “I think we need more ideological diversity. We need to foster more open debate of controversial subjects. We need to teach our students how to engage civilly in reasoned debate with people with whom you disagree because, unless we do that, we are going to lose the public argument.”

Related: Trident ‘could be moved abroad’ if Scotland quits UK