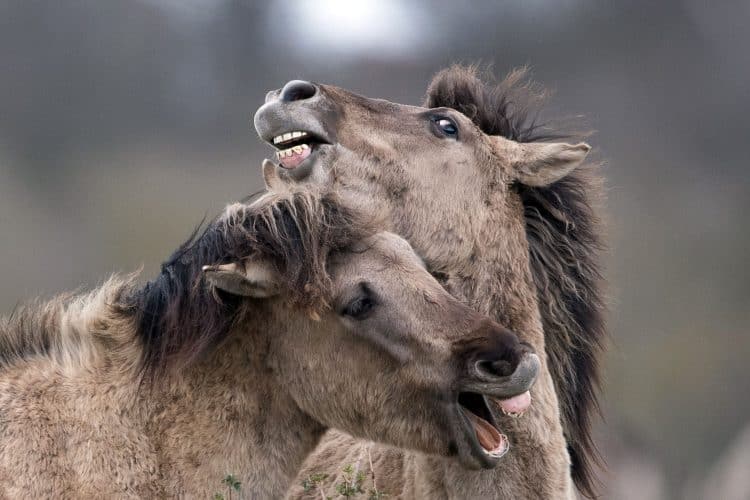 Vaccine skeptics and pandemic truthers across the US and beyond are turning to ivermectin – a notorious horse deworming medication – to treat Covid.

Requests for the drug have rocketed in recent weeks as significant public figures, including Joe Rogan, revealed they had used it to treat their infections.

Fox News anchors, including Tucker Carlson, have pushed Ivermectin has a miracle drug – and it’s even been referred to as such in Congressional hearings.

Prescriptions for ivermectin jumped to more than 88,000 per week in the US in mid-August, the Centers for Disease Control and Prevention said.

Idea; swap the labels on AstraZeneca vaccines and Ivermectin. https://t.co/XBYPM4Ffxq

Pharmacists across the country are reporting shortages of the drug. One, from a small town in Ohio, said he usually filled two or three prescriptions of the drug in a typical year. This summer alone he has filled more than 20.

Calls to poison control centres about ivermectin exposures have jumped fivefold over their July baseline, the CDC said. Earlier this month, Mississippi’s health department said that 70 per cent of recent calls to the state poison control centre had come from people who ingested the drug from livestock supply stores.

“Everyone wants some cure for Covid because it’s such a devastating illness,” Dr Shawn Varney – a Texas toxicologist – said. “I plead with people to stop using ivermectin and get the vaccine because it’s the best protection we have at this point. Everything else is risk after risk.”

There is no evidence that ivermectin actually prevents or treats Covid-19. But anti-vax groups are continuing to push it as a miracle drug.

One of the largest trials on the drug’s use for treating the virus was discontinued “because the drug had been shown to be no better than a placebo at preventing hospitalisation or prolonged stay in the emergency room,” the New York Times reported.

The newspaper added: “Dr. Edward Mills, a professor at McMaster University who led the study, which enrolled more than 1,300 patients, said the team would have discontinued it earlier were it not for the level of public interest in ivermectin.”

Nobody is simplifying “ivermectin is horse medicine”

Despite all the evidence stacked up against it, ivermectin is being used ahead of the free, effective, fully-approved Covid-19 vaccines.

The US Food and Drug Administration (FDA) specifically warns against using it to treat Covid in a statement on its website, which says: “FDA has not approved ivermectin for use in treating or preventing Covid-19 in humans.

“Ivermectin tablets are approved at very specific doses for some parasitic worms, and there are topical (on the skin) formulations for head lice and skin conditions like rosacea. Ivermectin is not an anti-viral (a drug for treating viruses).

“Taking large doses of this drug is dangerous and can cause serious harm.”

Rees-Mogg gets destroyed by ‘lifelong Tory voter’ over Brexit