Neil O'Brien seemed to agree with Labour that development cash is funnelled to ministers' constituencies. 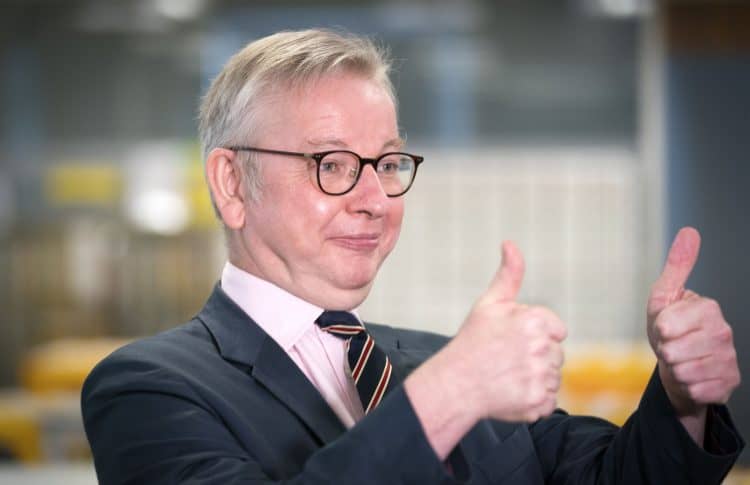 A ‘levelling up’ minister appeared to confirm that cash aimed at helping hard-hit communities has been funnelled to Cabinet ministers’ constituencies after a slip-up in the House of Commons.

Neil O’Brien, the under secretary of state at the Department for Levelling Up, Housing and Communities, admitted on Tuesday that “it is true that levelling up funds have been going to the constituencies of Cabinet ministers”.

He quickly sought to correct himself, adding: “Sorry, I mean shadow Cabinet ministers!”

O’Brien had been on the receiving end of a barracking by Lisa Nandy, the shadow levelling up secretary, who accused the Tories of refusing to “come clean” on how sorely-needed development cash is dolled out.

“This weekend it became clear that the only way to get money out of his department is to be at the beck and call of the Chief Whip,” she said, referring to news reports that the government had threatened to withhold constituency funding for rebellious Tory MPs.

“How can any community have confidence that they have a fair shot at some of their money back from his department if he won’t release in full the information he holds about how these decisions are being made.”

‘No evidence of abuse’

It comes as Michael Gove claimed there is “no evidence of any abuse of levelling up funding” after MPs raised “pork barrel politics” concerns.

The communities secretary also insisted he is “solid, 100 per cent, totally behind the prime minister” as Boris Johnson fights for his political future.

Conservative MP William Wragg (Hazel Grove) surprised Westminster by alleging that party colleagues trying to trigger a no confidence vote in Johnson had been told public funding for projects in their constituencies would be cut off and threatened with stories in the press to embarrass them.

Christian Wakeford, the Bury South MP who defected to Labour, later described how the Tory whips had warned him over funding for a new school in his constituency if he rebelled in a vote over free school meals.

Speaking in the House of Commons, SNP MP Patricia Gibson (North Ayrshire and Arran) asked: “I am sure he would never accuse a fellow Tory MP of misleading this House, so will he comment on the veracity of the specific remarks from the member from Hazel Grove and his comments that threats have been made to Tory MPs about investment being withdrawn from their constituencies and negative press stories would be released as punishment for supporting a no confidence vote in the Prime Minister?

“Will he outline what investigations he intends to undertake to look into the abuse or the possible abuse of levelling up funds?”

Gove replied: “There is no evidence of any abuse of levelling up funding and, if anyone has it, I hope that they will bring it to the attention of the House.

“As for any suggestion that someone is on the receiving end of lots of negative press stories and that suggests they may be voting against this government, I can tell you as someone who is solid, 100 per cent, totally behind the prime minister, and yet also on the receiving end of a plethora of negative press stories, I can tell you there is no correlation between the two.”

Related: Cake and singing for Johnson’s birthday ‘not a party’, Shapps claims