“As we said back in December, if dialogue proves insufficient then legal action may be necessary.” 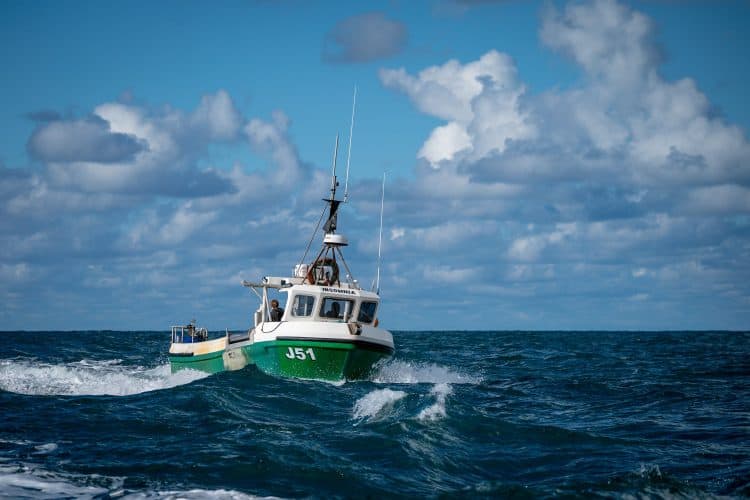 France has put the UK on alert that it could start legal proceedings if there is no further movement on post-Brexit fishing licences.

European affairs minister Clement Beaune said Paris was “not happy with the situation” following a wrangle over licences for French vessels to fish in British waters.

Last month, the French government said 93% of the requested licences had been issued by Britain compared to 60% at the beginning of November.

But Mr Beaune, speaking to reporters in Brussels on Tuesday, said the lack of progress since more permissions were granted in December meant that legal action remains an option, with France having issued a similar threat last year.

However, with talks continuing with the UK, the minister stressed he did not think “we are at the end of the road yet”.

He has previously said that France wants 73 more applications for its trawlers signed-off.

“Our analysis is very simple – we are not 100% satisfied because we do not think the agreement has been implemented to the tune of 100% either,” Mr Beaune told a press conference.

The French minister, in a translation by the European Commission, added: “We, together with the commission, will be looking at all the levers at our disposal to see what can be done, because quite clearly we are not happy with the situation.

“We do have to continue our dialogue on this specific fisheries-related issue to ensure we can get those licences which have not yet been forthcoming.

“And as we said back in December, if dialogue proves insufficient then legal action may be necessary.”

The fishing row centres on licences to trawl in UK and Channel Islands waters under the terms of Britain’s post-Brexit trade deal with the EU – the Trade and Co-operation Agreement (TCA).

Before Brexit, French fishermen could fish freely inside British waters but, since the split from the bloc, they need a special licence from the UK Government or the crown dependencies of Jersey and Guernsey to fish in certain areas.

The main source of contention in the current dispute is the number of licences to fish in waters around the British coastline granted to smaller French vessels, which have to be able to prove they operated in those grounds before Brexit.

Meanwhile, Mr Beaune said the EU needed to “be prepared to show a certain amount of flexibility” on the Northern Ireland Protocol.

The UK and the European Commission have been locked in talks for months about reforming the terms of the Brexit treaty, which has effectively seen a border established in the Irish Sea between Northern Ireland and Great Britain.

Foreign Secretary Liz Truss has taken over responsibility for negotiations on the protocol after former Brexit minister Lord Frost resigned in December.

Ms Truss told MPs on Tuesday that, having met with her opposite number, commission vice-president Maros Sefcovic, a number of times, she believed “there is a deal to be done” to resolve the deadlock.

Mr Sefcovic also suggested that hope of a resolution was growing, as he praised the Foreign Secretary as a “top-notch politician” with a “strong reputation as a good negotiator and deal-maker”.

He told reporters at the EU’s General Affairs Council: “I’m convinced that if we focus on the two most crucial areas about which I think both of us in the UK and the EU are hearing the most about from our Northern Ireland partners – and I’m talking about the East/West strait, the movement of goods between GB and Northern Ireland, and sanitary and phytosanitary controls – that we can really achieve progress.

“We will not be able to solve everything in a short period of time but we definitely need the progress, and my strong conviction is that these are the two areas where we can achieve a lot if we really focus our efforts.”

Related: Brexit: This graph showing most powerful passports from 2010-2022 is sobering