John Truss and his wife Priscilla took their daughter on protest marches in the 1980s against Margaret Thatcher’s government. 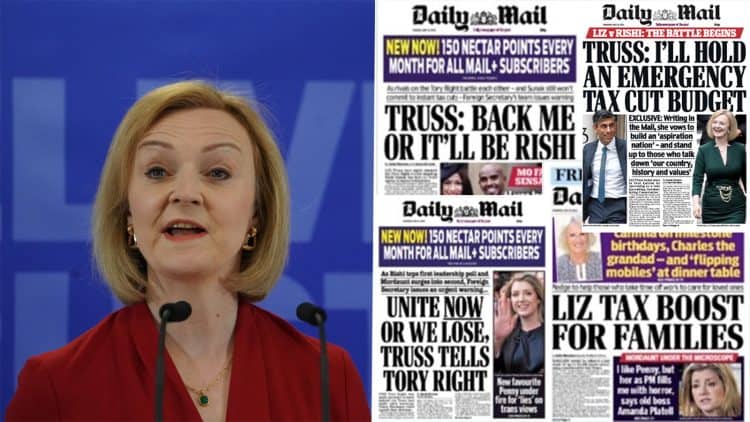 Rishi Sunak has acknowledged he is “playing catch-up” to Liz Truss as he seemingly claimed the Tory leadership race’s sought-after underdog status.

A BMG Research poll of party faithful for the i newspaper was the latest to put Ms Truss ahead of Mr Sunak with a double-digit lead, a survey of Tory councillors saw the two contenders nearly neck-and-neck.

Ms Truss was on 31 per cent and Mr Sunak on 28 per cent among 511 local Conservative politicians polled by Savanta ComRes.

If you listen to Darren Grimes Sunak should withdraw and let Truss take the top job.

It seems one person who doesn’t have her backing is her own father.

The Express reports that the politician’s father John Truss, emeritus professor of pure mathematics at the University of Leeds, is said to be “so appalled” by his daughter’s “conversion to extreme right-wing politics” it impacts their relationship, according to one colleague.

Mr Truss and his wife Priscilla took their daughter on protest marches in the 1980s against Margaret Thatcher’s government.

Back in 1994 she told the Liberal Democrat party conference she was campaigning against the monarchy.

If you would like to know more about Truss, campaigner Femi has compiled some information.

This video by Peter Stefanovic calls out Truss’s claims she would get more hard-working renters on the housing ladder.