Investors piled into London-listed banks after HSBC this morning said profits hit $9.2bn (£7.5bn) for the six months to June. 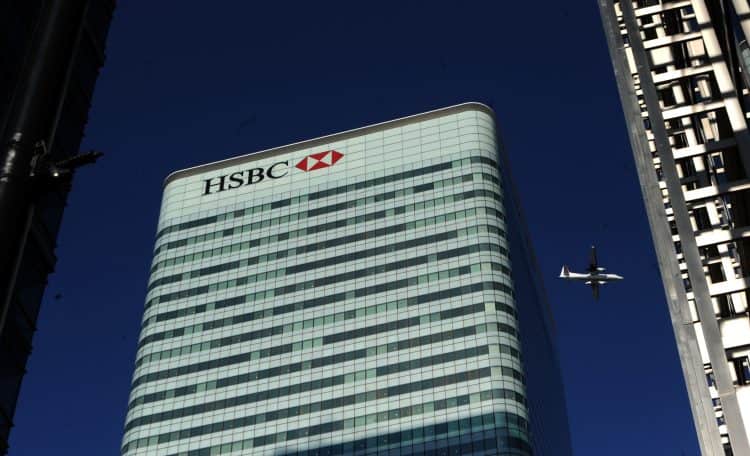 HSBC has come out fighting against calls by its largest shareholder for a break-up of the banking giant as it claimed the move would be costly and risky.

Investors piled into London-listed banks after HSBC this morning said profits hit $9.2bn (£7.5bn) for the six months to June, down from last year but above analysts’ expectations, reports City am.

The banking giant warned that a spin-off or demerger of its Asian business could jeopardise profits and growth, with the risk of hefty one-off costs, higher taxes, big running costs and possible regulatory issues.

HSBC is under pressure from Ping An, which owns around 9.2% of HSBC’s shares, to spin off its burgeoning Asian arm from the UK business.

Mr Quinn said that, having sought independent advice on the matter, it concluded that a break-up “would not achieve increased value for shareholders”.

He said so-called alternative structural options would have a “material negative impact on value”.

“Our current strategy is the safest way to get to the highest returns and dividends we all want to see.”

He also stressed that its “internationalism remains the most defining characteristic of our identity”.

“Serving customers across borders is what we do best. It is how we can best help them to grow, and, we believe, the fastest way to accelerate returns for our shareholders,” he said.

It said this partly reflected “heightened economic uncertainty and inflation” as soaring cost pressures hit the UK and wider global economy, while it cautioned that impairment charges are set to rise over the second half.

But the profit out-turn for the second quarter was better than expected and the group promised it will revert to paying quarterly dividends next year, helping shares lift 7%.

Mr Quinn said: “We understand and appreciate the importance of dividends to all of our shareholders.

“We will aim to restore the dividend to pre-Covid-19 levels as soon as possible.

“We also intend to revert to quarterly dividends in 2023.”

Dividends at HSBC were one of the key reasons why Ping An has been pushing for a break-up, after the Bank of England slapped a ban on UK lenders paying out dividends during the early stages of the pandemic to ensure the sector was resilient.

This clampdown was lifted in July last year, but Ping An has argued that Asian investors felt cheated out of their dividend.

While HSBC is based in London and has a large presence in the UK market, it makes most of its profits in Asia.

The bank’s board will meet with retail investors in Hong Kong on Tuesday in what promises to be a tense gathering.

A Hong Kong politician, Christine Fong, has also backed the calls for HSBC’s Asian business to be spun off and wants representatives of Ping An to be appointed to the bank’s board.

But Mr Quinn said the bank believed there would be a conflict of interest over Ping An having a seat on the board, given overlap with its business model and where they both operate.

“This gives activist shareholders even more clout to pressure the business to find new, potentially radical, ways to propel growth,” she said.