“The people of Scotland overwhelmingly reject Brexit and the narrow, isolationist stance of Boris Johnson’s Government and believe Scotland will prosper as an independent country.” 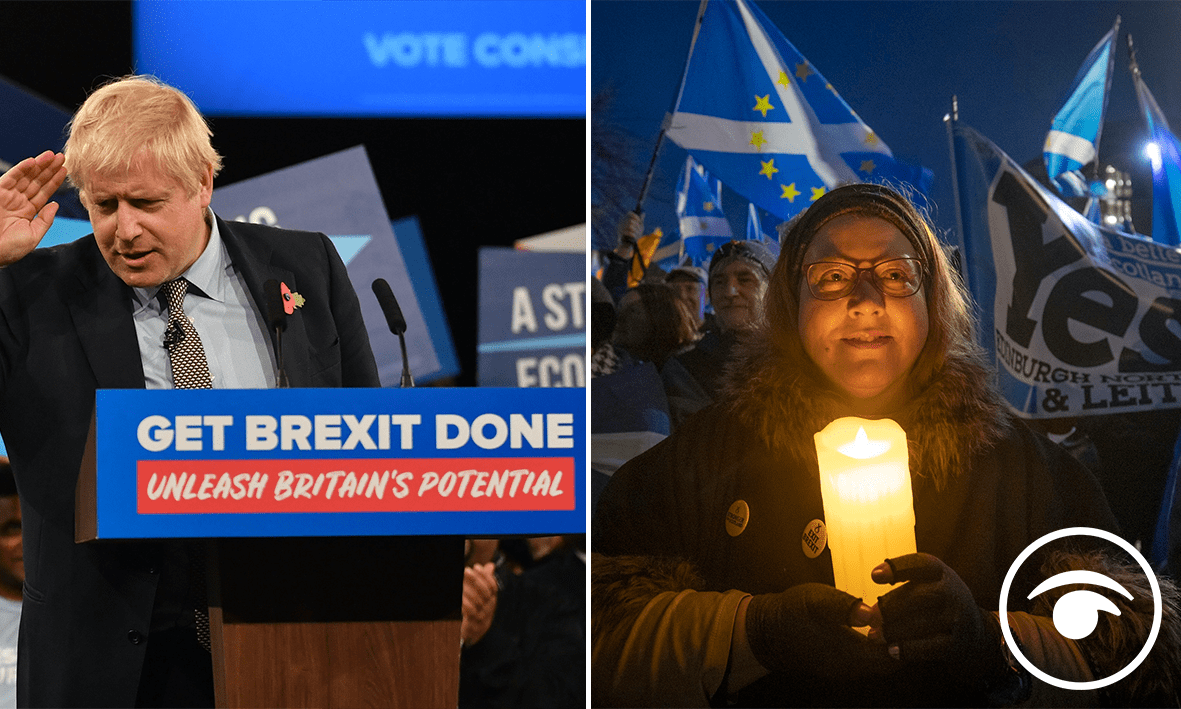 Alister Jack has dismissed any notion of another independence referendum despite questions over the “once-in-a-generation” argument being “rhetorical flourish,” even as Brexit fuelling growth in support for Scottish independence.

The UK Government’s Scottish Secretary stood firm in his opposition to another vote just six years after Scotland voted to remain part of the United Kingdom – despite a rise for independence support in opinion polls.

Scotland’s Constitution Secretary Mike Russell last month said a second vote could be held as early as next year with a shorter campaign than the one during the 2014 poll.

But in one interview with the BBC, Mr Jack suggested a generation could be “25 or 40 years”.

And in conversation with Good Morning Scotland on Friday, he said: “We had a referendum, it was once in a generation, as a democrat I respect the outcome of referenda, we’re delivering on Brexit, and we are respecting the outcome of the 2014 referendum on independence.

“In the white paper for independence produced by Alex Salmond and Nicola Sturgeon, once in a generation is referred to a number of times in that paper almost in the first six paragraphs, and then a number of times thereafter.

“It was not a rhetorical flourish and nobody should ever allow that to become a fact because it simply isn’t one… the white paper was about a lot of nonsense on an economy built on 110, 120 dollars for a barrel of oil.

“When you’ve had a 300-year-old enduring partnership as successful as the United Kingdom, you don’t then go into a period of neverendums until a party that has one objective, which is to separate Scotland from the rest of the United Kingdom, gets its own way.

“They are as you know a party of government at the moment – but they are a party that view everything through the prism of separation.

“I don’t think we should keep having referendums until they get their own way, it should respect the outcome of the one we had.”

In the latest opinion poll, Survation suggests support for Scottish independence is at 54%, with the same percentage backing SNP on the constituency vote in the Holyrood election in six months’ time.

Mr Jack stated that in a previous interview he was “misquoted” as suggesting an outright majority could secure indyref2, saying he was actually quoting Ruth Davidson’s position rather than changing his own stance on the issue.

He then said: “My position has never changed, particularly now, we don’t need a divisive referendum.

“We’ve had two referenda recently, they’ve been very divisive for our society, they’ve created a lot of uncertainty, it’s very bad for the economy, it’s bad for jobs.

“I think now we need to be focusing on our economic recovery from a global pandemic not worrying about constitutional issues which, when most people are polled, actually are six or seven on their list of priorities.”

“Let’s not dignify this rubbish. Instead let’s keep making and winning the case for independence. Power doesn’t belong to politicians – it belongs to the people.”

“We’ve had 12 polls now over the course last few months, has shown a majority for that.

“Alister Jack is not going to stop the people of Scotland having their say and I make a prediction as I have done over the last few weeks that there is very strong momentum towards independence.

“I’m looking forward to the election next year, we will be having that referendum and again I look forward to that pathway for Scotland back into Europe.”

The pursuit of Brexit is undermining support for Scotland remaining in the UK, analysis of a study examining public opinion across the country has found.

Before the pandemic, all of those who shifted towards a pro-independence view had positive opinions of the EU, according to the research.

Professor Sir John Curtice and Ian Montagu also found most Scots are pessimistic about the consequences of Brexit.

The Scottish Centre for Social Research analysed data from Scottish Social Attitudes surveys conducted over the past several years.

The results of the 2019 survey were released at the end of September this year, covering the period between April 2019 and March 2020.

Of those who would vote Remain in another EU referendum, support for Scottish independence has gone from 44% in 2016 to 57% in the latest survey.

In contrast, among people who would vote Leave in another EU referendum, the proportion backing independence has fallen over the same period from 45% to 39%.

Some 51% listed their “constitutional preference” as independence, while 36% backed devolution and 7% backed having no Scottish Parliament.

University of Strathclyde professor Sir John said: “For a while after the EU referendum, it looked as though the lack of support for Brexit in Scotland was failing to move the dial on public opinion about independence.

“Over time, however, the pursuit of Brexit has weakened many people’s views of the merits of the union.

“For a significant body of people in Scotland, independence inside the EU has now come to look more attractive than being part of a UK that is outside the EU.

“That may not have been either the wish or the intention of those who have advocated leaving the EU but that does not mean that they can afford to ignore the apparent consequences.”

The 2019 survey found 54% of those polled believe Scotland’s voice in the world would be stronger as an independent country, while 15% felt Brexit would lead to the UK having more global influence.

Meanwhile, 25% of people in Scotland felt that being part of the EU undermines the UK’s distinctive identity, while 62% feel that an independent Scotland would have more pride in itself.

Scotland’s Constitution Secretary Mike Russell said: “This survey shows that there has been a fundamental shift in the national mood in Scotland in favour of independence.

“The people of Scotland overwhelmingly reject Brexit and the narrow, isolationist stance of Boris Johnson’s Government and believe Scotland will prosper as an independent country.”

He added: “The Tories have removed Scotland from the EU against our will and are now, unbelievably, threatening to impose a disastrous hard Brexit in the middle of a pandemic and economic recession.

“As an independent member of the EU we will be an equal partner with our friends in the rest of the UK and Europe.”

Related: Sturgeon urges Scots to avoid England as restrictions there have ‘started to slow rate of increase’