Johnson's predecessor said she expects full accountability from those responsible. 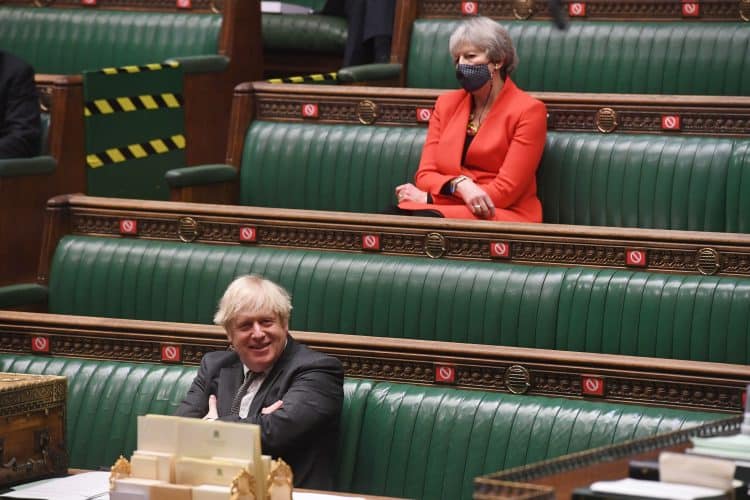 Theresa May has said she is “angry” at the allegations of parties held in Downing Street during coronavirus restrictions.

May, who has so far not publicly commented on the saga engulfing No 10, told constituents that “nobody is above the law”, in a letter seen by her local newspaper.

The Maidenhead Advertiser reported that May wrote: “I have said previously that it is vital that those who set the rules, follow the rules. Nobody is above the law.

“This is important for ensuring the necessary degree of trust between the public and Government.

“Like so many, I was angry to hear stories of those in Number 10, who are responsible for setting the coronavirus rules, not properly following the rules.”

The letter – sent before the Metropolitan Police launched an inquiry into the alleged parties – referred to senior official Sue Gray’s investigation, which has now been delayed due to the criminal probe.

May said that “if there is evidence of deliberate or premeditated wrongdoing, I expect full accountability to follow”.

She added: “All those working at the heart of Government should conduct themselves with the highest of standards which befits the work they do, and this applies as much to those working in Number 10 as to other parts of Government.”

May has been a critic of Boris Johnson’s policies in the Commons.

Johnson’s resignation from May’s Cabinet was seen as one of the blows to her authority that led to her leaving No 10 in 2019.