"I'm old enough to remember Boris Johnson promising an extra £350m a week for the NHS if the public voted for Brexit." 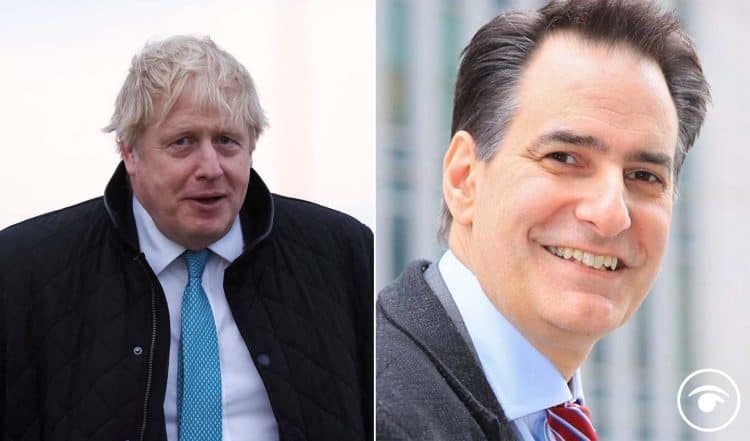 The national insurance increase is “going ahead”, a Government minister has said following reports the Prime Minister is “wobbling” over the planned tax rise to boost health funding.

Technology minister Chris Philp told Sky News that the money was essential for the NHS.

He was also asked Do you honestly believe Boris Johnson is a beacon of moral integrity? He tentatively replied “Yes..”

However, a clip by filmmaker Peter Stefanovic has questioned where the promised money, from Brexit, for the NHS has gone.

His video is at the end of the article.

Boris Johnson is under pressure from some Conservative MPs to scrap the tax hike to win back support as he awaits the findings of the report from senior official Sue Gray into claims of lockdown-busting parties held in Downing Street.

The Times cited a Government source as saying Mr Johnson is “wobbling” over the increase – designed to tackle the Covid-induced NHS backlog and reform social care – as he considers delaying the policy for 12 months to appease critics on the right of the party.

They reportedly said: “He’s wobbling, I think he would do anything to survive.”

But technology minister Chris Philp denied any delay is being considered, telling Sky News the 1.25 percentage point increase is “going ahead” as proposed.

Asked separately on LBC whether he had been given a sense that the national insurance rise could be delayed, Mr Philp said: “No, the plan is to proceed as intended.

“We all, I think, acknowledge that the NHS needs extra money to recover from the pandemic – this delivers that funding increase, so it is the right thing to do.”

Mr Philp said the manifesto-breaking tax increase, and subsequent introduction of the health and social care levy from 2023, will provide £36 billion over three years to fund the NHS and social care.

Peter Stefanovic tweeted out a new video questioning the need for this tax hike to fund the NHS. He captioned the video writing: “Government Minister today insisting on @SkyNews the biggest tax hike in 70 years must go ahead in April because the money is needed “to fund the NHS” I’m old enough to remember Boris Johnson promising an extra £350m a week for the NHS if the public voted for Brexit.”

One of Peter’s previous videos has been watched almost 44 million times.