The Brexit Party leader insisted he would turn down either a peerage or a knighthood. 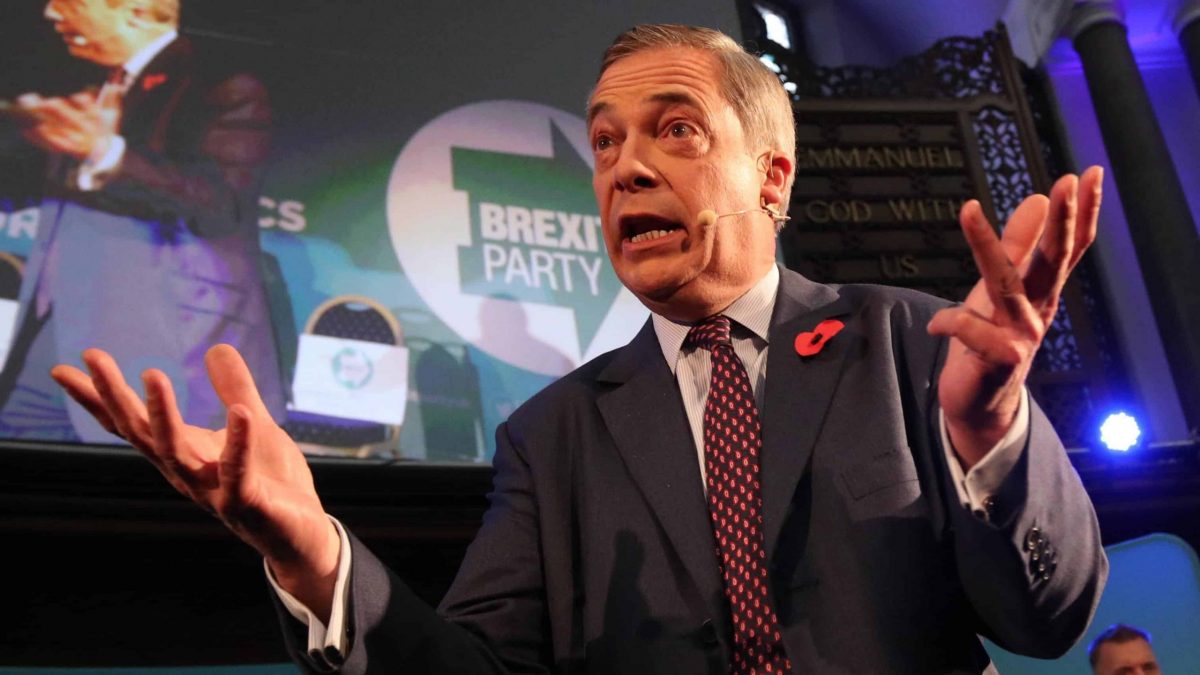 Brexit Party leader Nigel Farage was offered a peerage 48 hours before he withdrew the party from 317 seats won by the Conservatives in the last election.

According to reports in The Mirror, Farage claimed he was offered a peerage on Friday night – just two days before his U-turn boosted the Prime Minister.

But he denied the Christmas bauble was behind his decision – and vowed to snub the offer.

The Conservatives were handed a huge election boost on Monday afternoon after Farage pulled the Brexit Party out of all constituencies they won in the last election.

“I was offered one last Friday”

Speaking at the event, Mr Farage revealed he had been offered a peerage over the weekend.

Asked by the Mirror what he had been promised in return for ditching his plan to run 600 candidates, he said: “Nothing, and I have asked for nothing.  I don’t want anything.”

“Ridiculous – the thought they can buy me, a high-paid job; but I’m not interested, I don’t want to know.”

Derail the chances of another EU vote

Commenting on the decision to pull out of over 300 seats, Farage said he believed his party’s decision would derail the chances of another EU vote.

“I think our action, this announcement today, prevents a second referendum from happening,” he said.

“And that to me, I think right now, is the single most important thing in our country.

“So in a sense we now have a Leave alliance, it’s just that we’ve done it unilaterally.

“We’ve decided ourselves that we absolutely have to put country before party and take the fight to Labour.”