Halting Brexit and bringing about a “real end to austerity” were among the “progressive policies” Ms Sturgeon would push for if there is a hung Parliament. 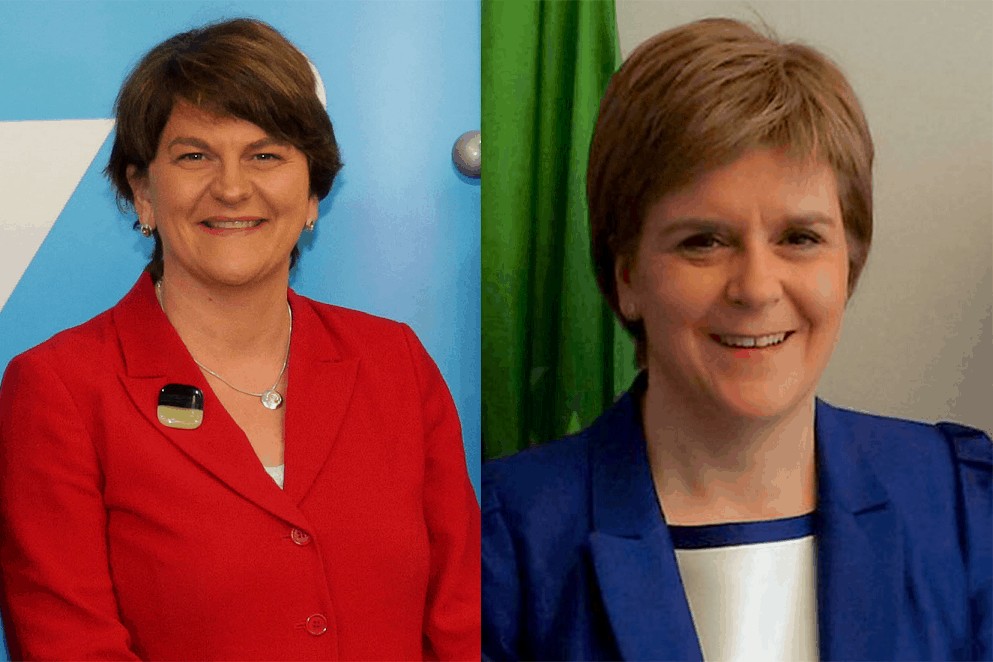 Nicola Sturgeon has set out SNP demands in the event of a hung parliament, with Arlene Foster also saying the DUP could lend support to a Labour government.

The Scottish First Minister wants Trident to be scrapped and more powers devolved to Holyrood, as well as backing for a second independence vote.

Halting Brexit and bringing about a “real end to austerity” were also among the “progressive policies” Ms Sturgeon would push for if there is a hung Parliament after the December 12 General Election.

She insisted these would “resonate strongly with many people across the UK”, as well as her supporters in Scotland.

The SNP leader made the comments as Labour’s shadow chancellor John McDonnell said it could be “two or three years” before a Jeremy Corbyn administration would give the go-ahead for Scotland to have a second vote on leaving the United Kingdom.

Speaking on the Sophy Ridge on Sunday programme on Sky News, she said: “My position, and the one I would expect Labour to respect if they wanted SNP support, is the question of if there is an independence referendum and the time of that is down to the Scottish Parliament to decide, not Westminster.”

The SNP leader questioned if Labour “against what all the opinion polls might be suggesting” were able to form a minority government after December 12 “are they really going to turn their back on the chance to stop austerity, to stop welfare cuts, to get rid of Universal Credit, because they want to block the right of people to decide their own future and argue over a couple of years?”

She insisted an election which ended up with a hung Parliament where the SNP held the balance of power”would give Scotland maximum influence”.

She added: “That would be a pretty good outcome I think in terms of making sure Scotland’s voice is heard.”

The comments come as the DUP said they could potentially do business with the Labour Party in a hung parliament if Jeremy Corbyn was not leader.

Mrs Foster reiterated her view that she could see no circumstance in which her party would support a minority Labour administration with Mr Corbyn as prime minister.

But she acknowledged there were others in the Labour Party, with different positions to Mr Corbyn, who she could consider working with.

In that situation, she said her party would judge any successor to Mr Corbyn against the DUP’s election blueprint for Northern Ireland and whether the new leader’s vision was good for the region.

Related: 2019 will go down as the disinformation election