At SNP’s General Election campaign launch, the First Minister said supporting a minority Labour government in a hung parliament at Westminster could work. 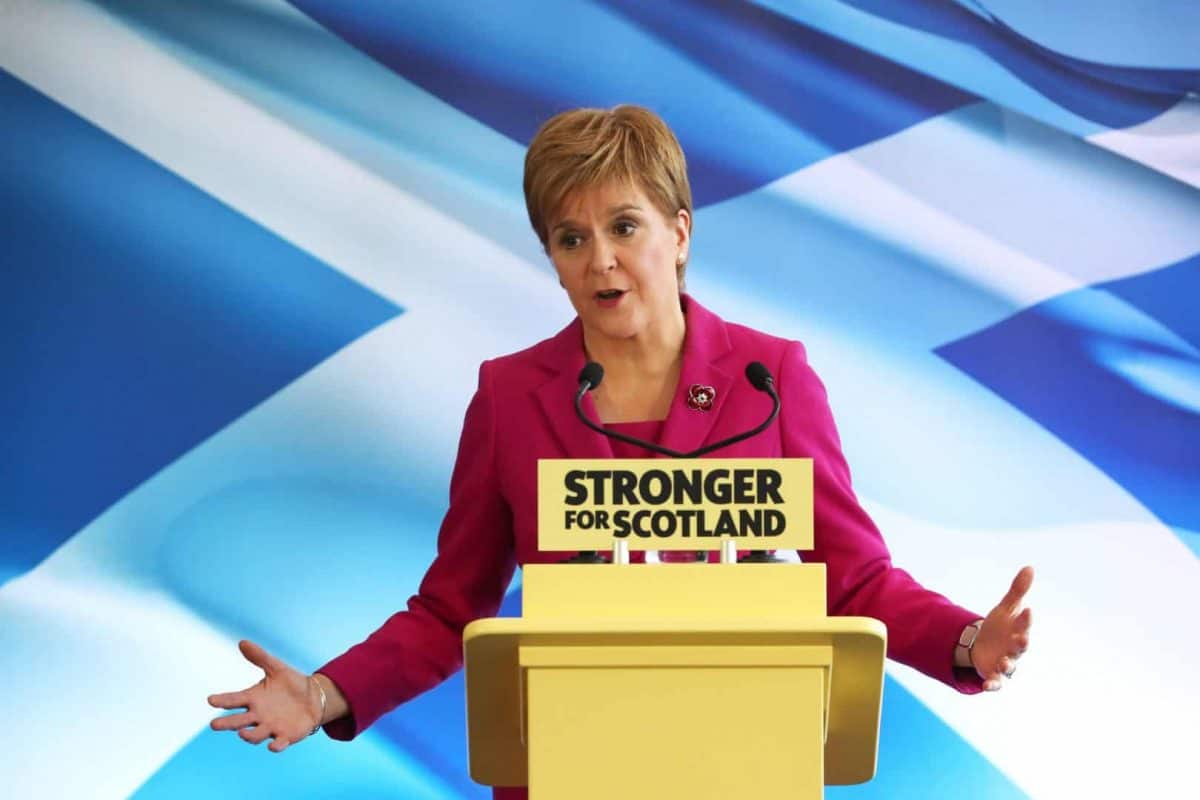 Nicola Sturgeon has set out her conditions for supporting a minority Labour government in the event of a hung parliament at Westminster.

Speaking at the SNP’s General Election campaign launch in Edinburgh on Friday, she said alongside the right to hold a second independence referendum, further powers for Holyrood and increased investment must also be on the table if any deal is to be reached.

The First Minister has ruled out a formal coalition with Labour, but she has indicated the SNP would be willing to support a Jeremy Corbyn government on a vote-by-vote basis.

Speaking to the PA news agency, she said: “I’ve set out the priorities that SNP MPs will put forward, and I think it is important for people in Scotland to consider how much more influence Scotland could have if the SNP are in there holding the balance of power in Westminster in a hung parliament.

“We would argue for and seek to uphold that principle of the people of Scotland deciding our own future, but we’d also be pushing for a real end to austerity, more investment in our public services – until such time Scotland is independent – devolution of powers over migration, employment law so we can protect workers’ rights and raise the living wage, devolution of drugs laws so we can better tackle the drugs emergency we face, more action on climate change to see Westminster match the ambitions of the Scottish Parliament.

“These are big issues that are priorities in Scotland and that I think the majority of people in Scotland would want to unite behind and make sure that we can progress.”

Ms Sturgeon also said she is confident a Scottish independence referendum can be held next year – even if Boris Johnson wins a majority on December 12.

Confirming her plans to request a Section 30 order from Westminster before Christmas to permit a new vote, she said: “I’ve said I’ll do it before Christmas and we’ll make those arrangements once the election is out of the way.

“But at the moment, I’m focusing on making the case in this election that people in Scotland should take our own future into our own hands.

“That is one of the key choices in this election – who decides Scotland’s future.

“Whatever we think our future should be, I think it should be as an independent country, but whatever our future is it should be the people here in Scotland who decide it, not Westminster politicians.”

Asked if it would still be possible to have an independence referendum next year if Mr Johnson’s Tories are elected – after the PM said he would not allow another vote – Ms Sturgeon said opposition to the ballot among politicians at Westminster is crumbling.

She said: “I’m confident in that timescale, that’s the timescale I intend to progress.

“We already see the opposition of Westminster parties coming under pressure and starting to crumble.

The First Minister also appealed to all Remain voters, insisting the SNP is Scotland’s “Remain party” in the election.

She said: “I would say to Remain voters to vote for the SNP to strengthen our hand in trying to stop Brexit for the whole of the UK, but also to put the future of Scotland into Scotland’s hands.