It came amid a row after the First Minister failed to rule out ‘border checks’ on English visitors to Scotland. 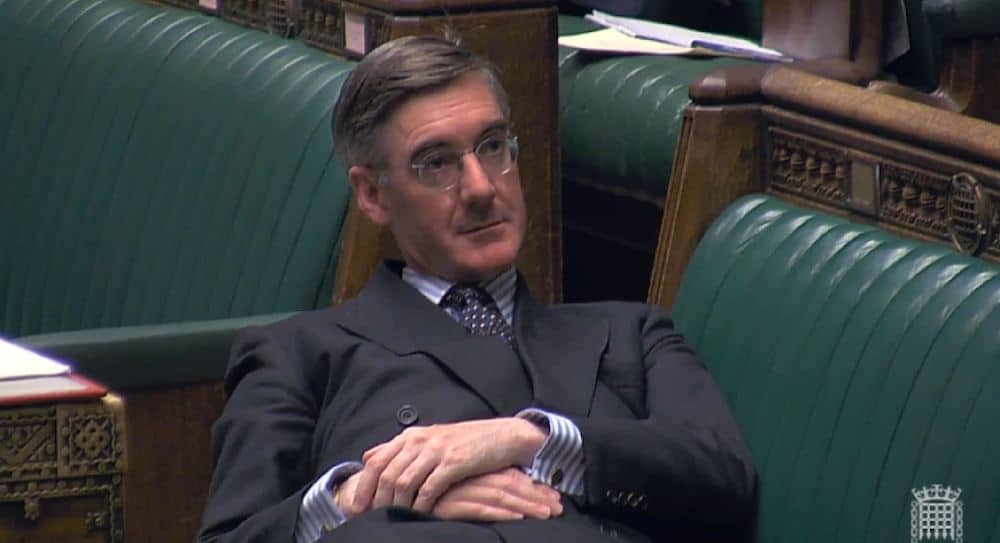 It follows a comment made by Prime Minister Boris Johnson on Wednesday that “there is no border between Scotland and England” – which was mocked by the SNP – after Ms Sturgeon failed to rule out “border checks” on English visitors.

The Commons Leader said it may not be a “bricks and mortar” structure in the vein of Hadrian’s Wall or US President Donald Trump’s border wall with Mexico, but Ms Sturgeon wants a “metaphorical wall”.

During Business Questions on Thursday, Mr Rees-Mogg criticised Ms Sturgeon’s “shameful” remarks after SNP Commons business spokesman Tommy Sheppard said the Government is “led by someone who thinks the border does not exist”.

Mr Rees-Mogg replied: “He mentions borders, and I noticed that Nicola Sturgeon wishes to have a wall – perhaps she is modelling herself on other leading political figures – between England and Scotland.

“But, as my right honourable friend the Prime Minister said, there is no border between England and Scotland and it was shameful to call for a border of that type of kind to be erected to stop people travelling freely between constituent parts of the United Kingdom.

“One never thought that Nicola Sturgeon would model herself on American political figures and want to build a wall – at least a metaphorical wall if not actually getting like Hadrian with the bricks and mortar.”

Earlier, shadow Commons leader Valerie Vaz urged the Government to extend protections that stop landlords being able to evict tenants during the Covid-19 pandemic, which are due to come to an end next month.

She said: “Given the masses of job losses in every sector – from retail, food service, aerospace, hospitality, arts and music – with emergency legislation coming to an end and the furlough scheme winding down, that’s going to be the perfect storm and people are going to be caught up in it.”

Responding, Mr Rees-Mogg said: “Emergency provisions were made – £1 billion was made available to help people who are renting and the Government is very conscious of the need to protect people who are in the private-rented sector.”

He later said he sees nothing wrong with Cabinet ministers having to queue up to vote after virtual proceedings were abandoned.

Ms Vaz said it was a “waste of time” for ministers to have to spend 15 minutes in a line stretching outside the Commons chamber to cast their vote, and urged Mr Rees-Mogg to bring back online voting for MPs.

Mr Rees-Mogg replied: “The speed with which we got through earlier this week was pretty much the normal speed and therefore things are working, Government business is getting through, and scrutiny is taking place.”

He added: “I’m not as soft-hearted as the honourable lady and I think a Cabinet minister queuing for a few minutes is no bad thing.”