Cabinet minister Nicky Morgan has said she would vote to remain in the European Union - but she still insisted the public can’t have another referendum. 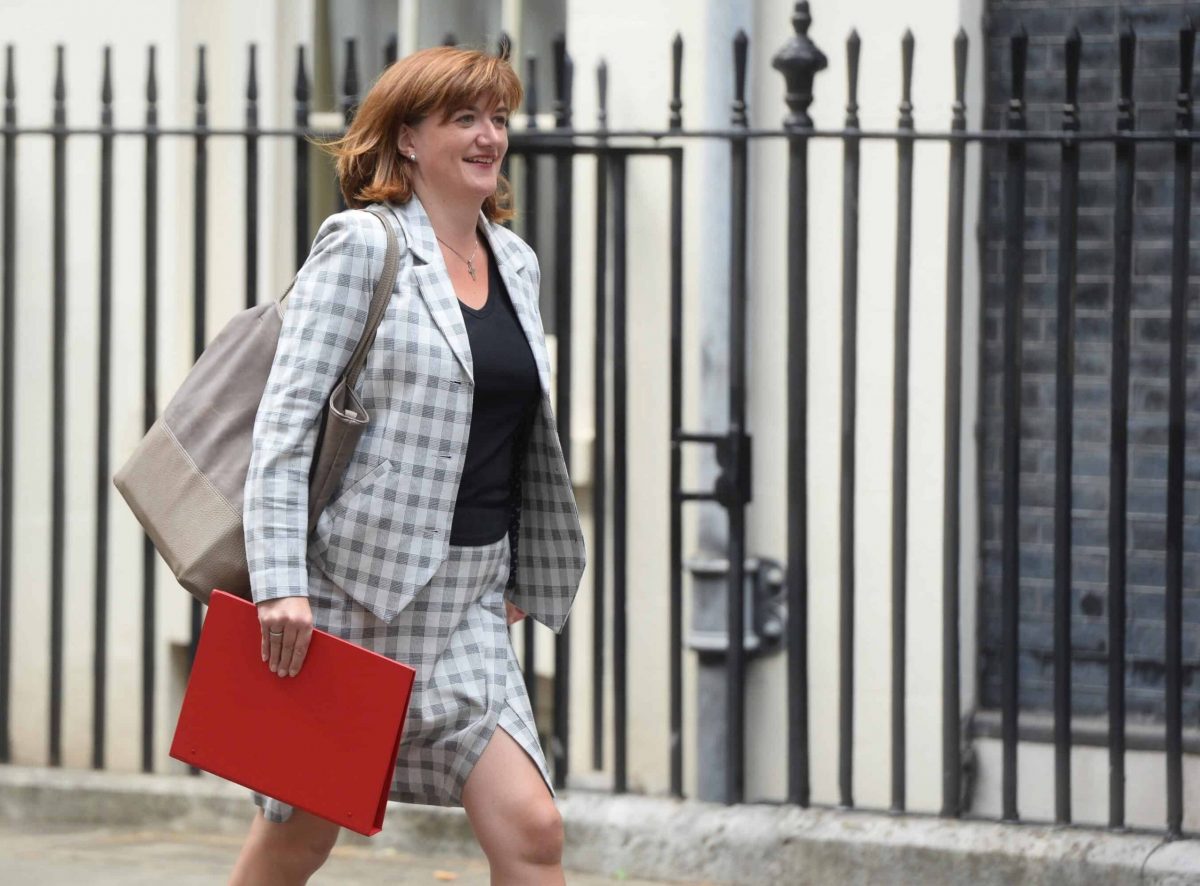 Cabinet minister Nicky Morgan had to admit she would vote to remain in the European Union if given the chance in a second referendum.

Yet the Culture Secretary insisted she did not support holding another poll and believed the original result needed to be “fulfilled”.

Prime Minister Boris Johnson has insisted that his government ministers should be prepared to back his policy of leaving the EU with no deal if necessary, – This despite the revelations of his Government’s Yellowhammer advice of the suffering that would mean for the country, and despite the resignations of ministers and MPs unprepared to allow him to cause such devastation.

“I would vote to remain”

But in an interview with BBC Breakfast, Ms Morgan, who backed the Remain campaign in 2016, said she would vote the same way in a second referendum.

“I would vote to remain,” she said.

Pressed on the remarks in an interview on BBC Radio 4’s Today programme, Ms Morgan tried to justify her position by insisting: “I feel very firmly that the result of the 2016 referendum needs to be fulfilled and that’s why I’m in the Cabinet and that’s why I support Boris Johnson’s determination to make sure that we do leave the EU by October 31, preferably with a deal…

“My instincts are that I was sorry that the Remain campaign didn’t win in 2016 and that really I’m sorry that we’ve seen all the division and uncertainty over the last three-and-a-half years.”

She said she would vote to stay in the EU “for the same reasons that I felt very firmly back in 2016 and I campaigned for Remain” – which she said were both economic and geopolitical.

But Ms Morgan went on to insist that her views on the matter had “evolved” because she could now “see a way for the UK to leave the EU and to do it with a deal and to strike out in different ways in the rest of the world”.

“Nicky Morgan put her own career progression before her conscience, constituents and country”

Labour MP David Lammy accused the Conservative minister of putting “her own career progression before her conscience, constituents and country.”