John Bercow said the Brexit chaos has opened him to the idea that the UK may need a written constitution. 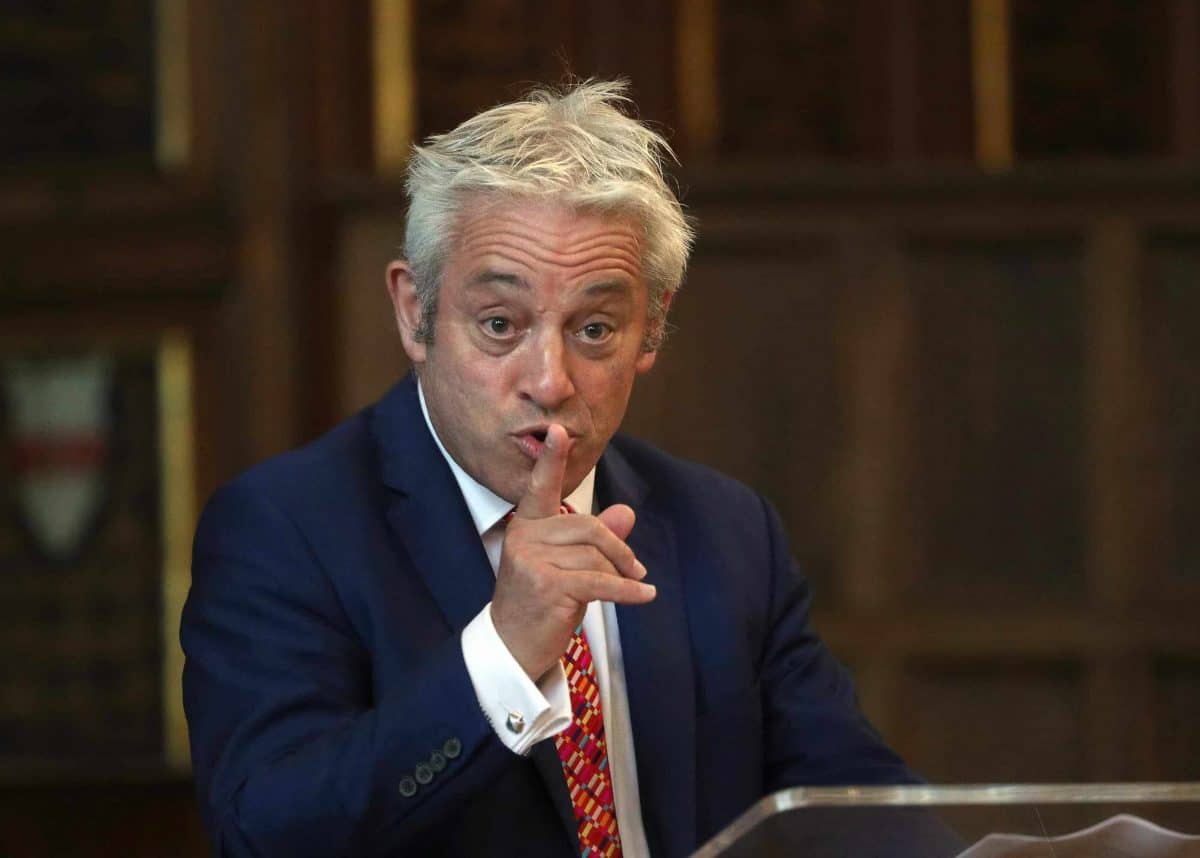 John Bercow has warned Boris Johnson against disobeying the law by not asking for a Brexit delay, threatening that extra “procedural creativity” in Parliament would thwart any attempt.

The outgoing Commons Speaker said that the only form of EU departure possible is one backed by MPs, and urged the Prime Minister not to try to force a no-deal through against their will.

In a speech in London on Thursday, Mr Bercow compared any attempt to shun the law over the extension with a bank robber excusing their crime by giving their loot to charity.

The former Tory said that the so-called Benn Act aiming to prevent no-deal by forcing the PM to ask for a delay, means the only possible Brexit outcome was one approved by Parliament.

He warned that it is “astonishing” that anyone has entertained the idea that the PM could disobey the law.

“It would be the most terrible example to set to the rest of society,” he said.

“One should no more refuse to request an extension of Article 50 because of what one might regard as the noble end of departing from the EU as soon as possible, than one could possibly excuse robbing a bank on the basis that the cash stolen would be donated to a charitable cause immediately afterwards.”

If the Government comes close to disobeying the Act, the MP said that Parliament “would want to cut off such a possibility and do so forcefully”.

“If that demands additional procedural creativity in order to come to pass, it is a racing certainty that this will happen, and that neither the limitations of the existing rule book nor the ticking of the clock will stop it doing so,” he added.

The Benn Act was pushed through Parliament by opposition MPs and Tory rebels in a series of devastating defeats during Mr Johnson’s early days as leader.

It says that the PM must ask Brussels for an extension to the Brexit deadline to the end of January if he cannot get a new deal, or no-deal backed by MPs, by October 19.

But there have been fears Mr Johnson may try to wriggle out of the request, after he said he would rather be “dead in a ditch” than ask for a delay to the Halloween deadline.

Mr Bercow, during a speech for the Bingham Centre for the Rule of Law, said the Brexit chaos has opened him to the idea that the UK may need a written constitution.

He announced on Monday that he will stand aside as Speaker on October 31 and would step down as MP for Buckingham.

He cited family commitments and said resigning on the current Brexit deadline was the least disruptive and most democratic date to quit.