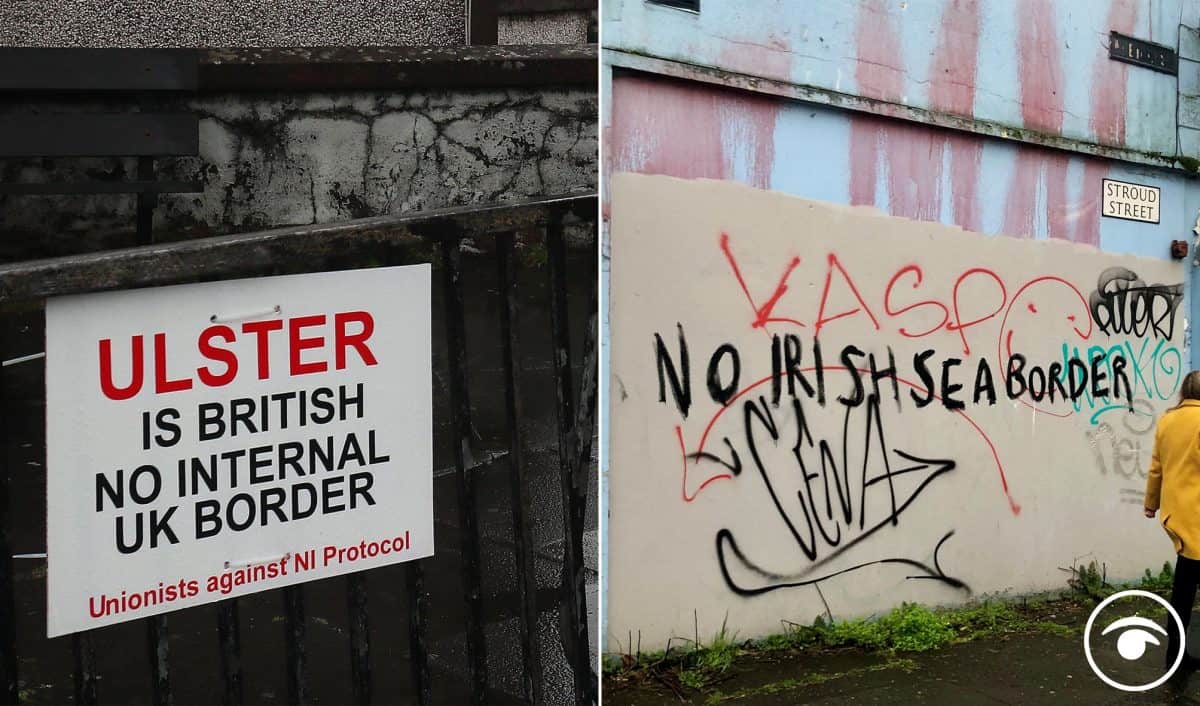 The Northern Ireland Protocol is an “affront to democracy”, the Apprentice Boys loyal order has said.

Jobs will be lost and the cost of living will increase due to disruption caused by the post-Brexit trade arrangements, the institution predicted.

It pledged to support any legal and peaceful action necessary to overturn the protocol’s provisions.

The Protestant organisation added: “The Northern Ireland Protocol, and the clear barriers it places between our islands, our families, friends and fellow citizens, in travel and trade, is the very opposite of an ‘unfettered’ United Kingdom promised by successive prime ministers since 2016.”

Calls from the DUP and other unionist parties to ditch or suspend the protocol have intensified in recent weeks amid evidence of some disruption to trade arriving at Irish Sea ports from Great Britain.

Unionists and loyalists believe Northern Ireland’s position within the UK has been undermined by the protocol, which was incorporated into the Withdrawal Agreement to ensure a free-flowing Irish land border post-Brexit.

It means Northern Ireland follows the EU’s rules on goods while the rest of the UK is not similarly obliged.

Some of the practical problems have been overcome following discussions involving the Cabinet Office.

Further changes are due later this year once full-blown EU regulations are introduced in some areas.

The DUP is urging the UK Government to bin the protocol and aims to undermine the mechanism.

It plans a boycott on engagement with the Irish Government on issues related to its operation and has vowed to oppose any protocol-related legislation at the Assembly.

The Apprentice Boys added: “This is not time for engaging in blame or pointing the finger at who is responsible for where we are today.

“It is imperative on the UK Government to do what is best for all its citizens, across the UK, equally.

“In the coming days the Apprentice Boys’ Association will be prepared to lend support to any legal and peaceful action necessary to end this affront to democracy and impediment to free exchange within the UK.”

Inspections on animal-based produce arriving from Great Britain, which are required under the contentious Northern Ireland Protocol, were suspended at Belfast and Larne ports a week ago after menacing graffiti appeared.

Police blamed the graffiti and menacing online comments on disgruntled individuals and small groups, and have made clear there is no evidence of wider paramilitary involvement in threats.

Some workers returned to work on Friday but inspections have not yet fully resumed.

The Apprentice Boys expressed concern that daily lives would be impacted by decisions made by a “remote, unaccountable, and unelected” bureaucracy in Brussels.

They referenced the European Commission’s abortive threat to restrict the flow of coronavirus vaccines across the Irish border, which was quickly withdrawn.

“Recent actions on Friday 29th January crystallised all the worst aspects of an EU legalistic approach that since the end of 2020 had already led to a litany of disruptions to businesses and consumers in Northern Ireland, already evident or impending.

“It is now obvious that the outworking of the Northern Ireland Protocol as it stands will mean lost jobs and a significant increase in the cost of living, affecting business owners, workers and families across Northern Ireland irrespective of community or politics.”

The UK Government and European Commission are due to hold further talks aimed at finding solutions in the coming week.

Cabinet Minister Michael Gove has suggested extending a series of grace periods that are currently in operation that limit the level of red tape associated with the protocol.