The forecasted drop of nearly 9% in the quarter would be more than twice the expected decline in Japan, the second-worst hit country in the G7 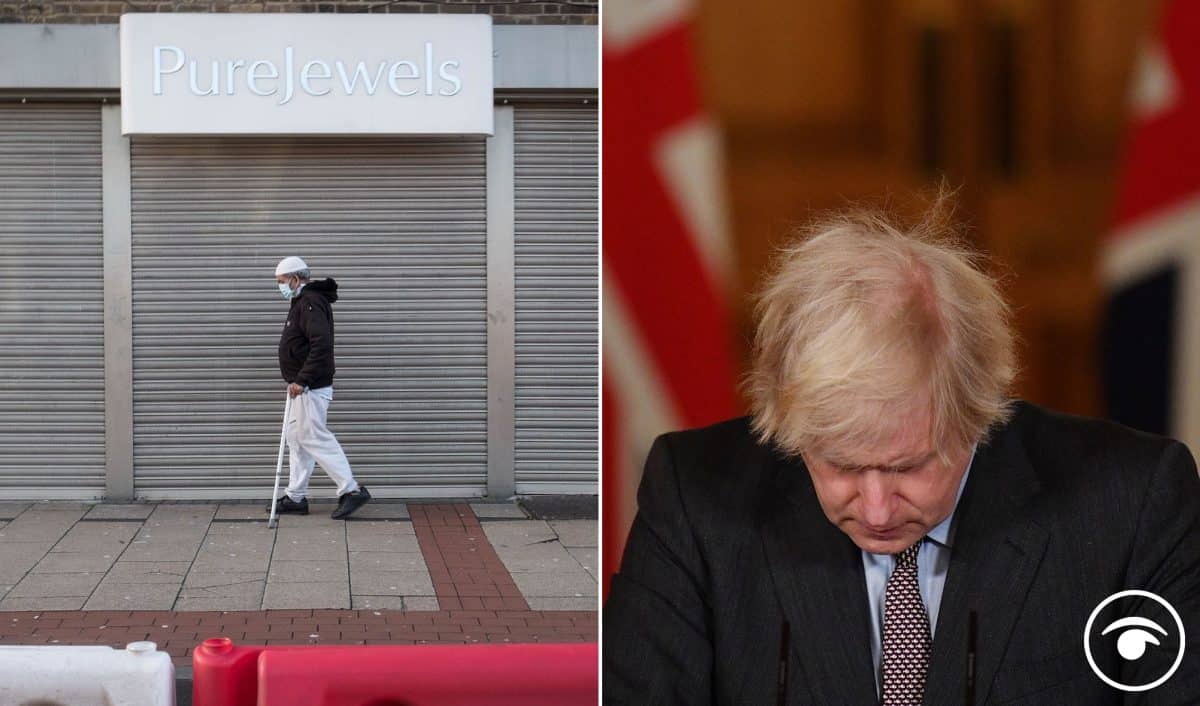 The UK will be one of the worst-hit big economies in the world in the first three months of this year, according to a new forecast, as the expected economic performance for 2021 was downgraded.

The UK’s gross domestic product (GDP) will only rise by 3.4% across the year, denting hopes of a so-called V-shaped recovery from the economic harm caused by the Covid-19 pandemic.

The forecast, from the National Institute of Economic and Social Research (NIESR), is a downgrade from the think tank’s previous estimate of 5.9% growth during the year.

It said that the economy will continue to shrink during the current quarter, which started with different types of lockdown in place across the whole country.

Across the three months, the UK’s GDP will be the worst hit of any of the Group of Seven (G7) large economies in the world.

The forecasted drop of nearly 9% in the quarter would be more than twice the expected decline in Japan, the second-worst hit country in the G7, NIESR said.

“Early indications are that the lockdown in the first quarter is having a larger impact on activity than in November, but a smaller impact than the spring 2020 lockdown,” it said.

The economic shock means that as many as 2.5 million people in the country could be unemployed before the end of the year, unless the Government acts to extend the furlough scheme to support jobs.

More than £46 billion has been paid out in furlough cash since the scheme launched in May, supporting around 10 million jobs.

However, the scheme is due to come to a close at the end of March this year.

NIESR said that in its “main-case forecast scenario, unemployment is expected to rise significantly following the end of these schemes in April, reaching 7.5% or 2.5 million people by the end of the year”.

It added: “To prevent a rise in unemployment of the magnitude of the forecast, and to limit the economic and social ‘scarring’ from the public health crisis, the Chancellor should soon announce policies to support the labour market beyond April.

“The pace and path of the recovery will depend on state-contingent and targeted policy interventions.”

Around 2,500 jobs lost as Boohoo snaps up high street brands

Around 2,450 staff are being told on Monday that their jobs have been axed after clothes website Boohoo bought Dorothy Perkins, Wallis and Burton for £25.2 million.

The deal is for the inventory, e-commerce and digital assets of the businesses, which were owned by Sir Philip Green’s Arcadia retail empire when it entered administration in December.

But it does not include the brands’ 214 remaining shops, which will close, according to administrators from Deloitte.

Staff were emailed on Monday morning, and will be informed during the day.

Around 260 jobs, mainly head office roles, will be saved as they move with the brands to Boohoo. These include jobs in design, buying and merchandising, and the businesses’ digital wings.

Some other staff will be kept on during a months-long transition period, Deloitte said.

The deal will see the brands transfer over to online fashion giant Boohoo, whose fortunes have increased as those of its high street predecessors waned.

Last month Boohoo said it had bought the brand and website of department store chain Debenhams for £55 million. But it did not take on the company’s 118 stores, meaning around 12,000 jobs were likely to be lost.

Arcadia was long one of the biggest players on the UK high street, but the Covid-19 pandemic dealt a final blow to the business, which had struggled with a shift in shopping behaviour in recent years.

In December it entered administration, putting thousands of jobs on the line.

While the business’s demise has been partly brought about by a shift to online retail, its brands will now continue to live online, after several deals.

Administrators have now sold all of Arcadia’s brands, raising around £500 million to pay off creditors. There is still some property in the portfolio left to sell.