The US speaker says there will be “no chance” of a US-UK trade deal should Brexit damage the Good Friday Agreement - which a no-deal is likely to do. 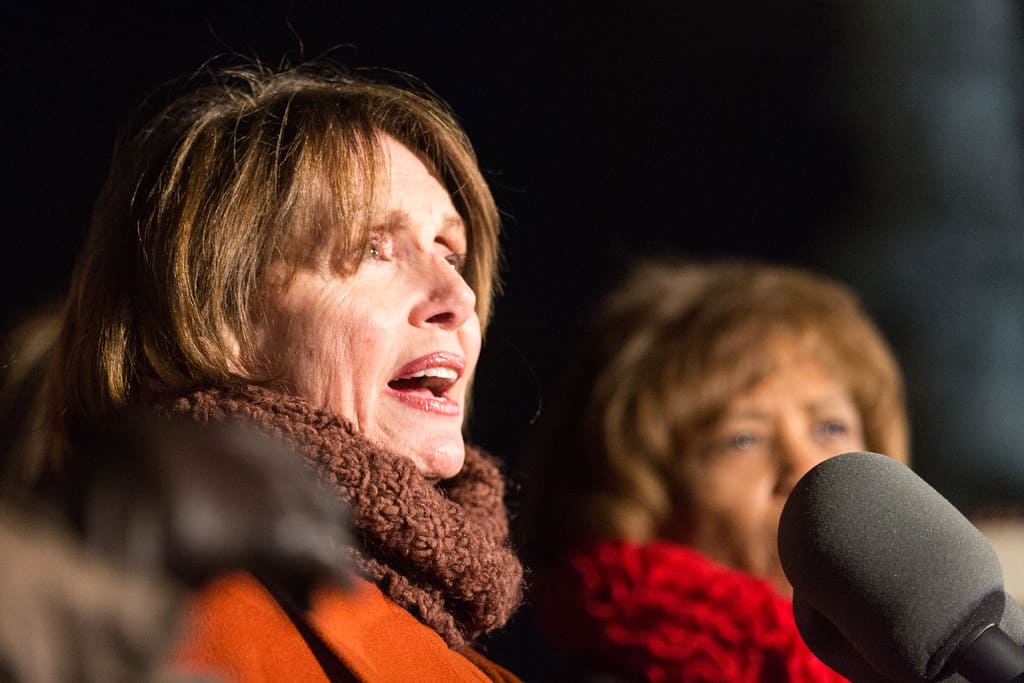 The US Speaker of the House Nancy Pelosi has released a statement saying that were will be “no chance” of a US-UK trade deal should Brexit damage the Good Friday Agreement.

The Democrat Politician and the leader of Democrats in Congress said “whatever it takes, Brexit cannot be allowed to imperil the Good Friday Agreement, including the seamless border between the Irish Republic and Northern Ireland.”

Pelosi added: “The peace of the Good Friday agreement will be fiercely defended on a bicameral and bipartisan basis in the United States Congress.”

Previously, US Secretary for Defence John Bolton said that the UK would be “at the front of the queue” for any future US trade deals.

However, a future trade deal would need to score a majority vote in both the US Senate and the House of Representatives before it can be Implemented.

The Democrat Party holds a majority in the House of Representatives, giving the Party the ability to shoot down any potential trade deals between the UK and the US.

The announcement follows renewed fears of a no-deal Brexit after talks in Brussels continue to stagnate over the Northern Ireland Backstop, an agreement that eliminates the need for a hard border.

Prime Minister Boris Johnson has recently demanded that the backstop arrangement, made by Theresa May, be removed from negotiations with European Union leaders.

Currently, residents from the UK are allowed to travel between Northern Ireland and the Republic of Ireland without passing a fortified border which is present in the borders between most countries outside of the EU.

Freedom of movement no longer guaranteed

Despite questions over the legality of the backstop under World Trade Organisation rules, the trade body has said it would not force the UK or the EU to create a hard border.

However, in the event of a no-deal Brexit, freedom of movement will no longer be guaranteed for UK citizens within EU member states, such as the Republic of Ireland.

It is feared that should the United Kingdom fall out of the European Union on October the 31st on World Trade Organisation Terms, a hard border in Northern Ireland may be inevitable.

The Republic of Ireland may be pressured by European Union leaders to instigate immigration controls on the border, breaking the Good Friday Agreement.

The Good Friday Agreement, which brought an end to years of bloodshed in Northern Ireland known as ‘The Troubles’, sets out a number of rules that both Ireland and the UK Government must adhere to.

The Northern Irish counties are considered under the agreement to be both part of the United Kingdom and the Republic of Ireland, and are treated as such.

This includes an unrestricted border between the two states and the right of free movement for Northern Irish and Irish citizens.

Northern Irish citizens are also entitled to an Irish passport and citizenship under the Good Friday Agreement, and so will be allowed EU citizenship post-Brexit.

However, should the backstop be taken out of the withdrawal treat, this ability for Northern Irish citizens to claim Irish citizenship may be impacted should European member states complain the Brussels about special treatment.

It is believed that should a hard border be erected on the Irish border there will be an increase in dissident violence in the region, a rise which can already be seen throughout recent Brexit negotiations.