DUP MP Gavin Robinson said: "The loose and lazy way this legislation is drafted would make a dictator blush. 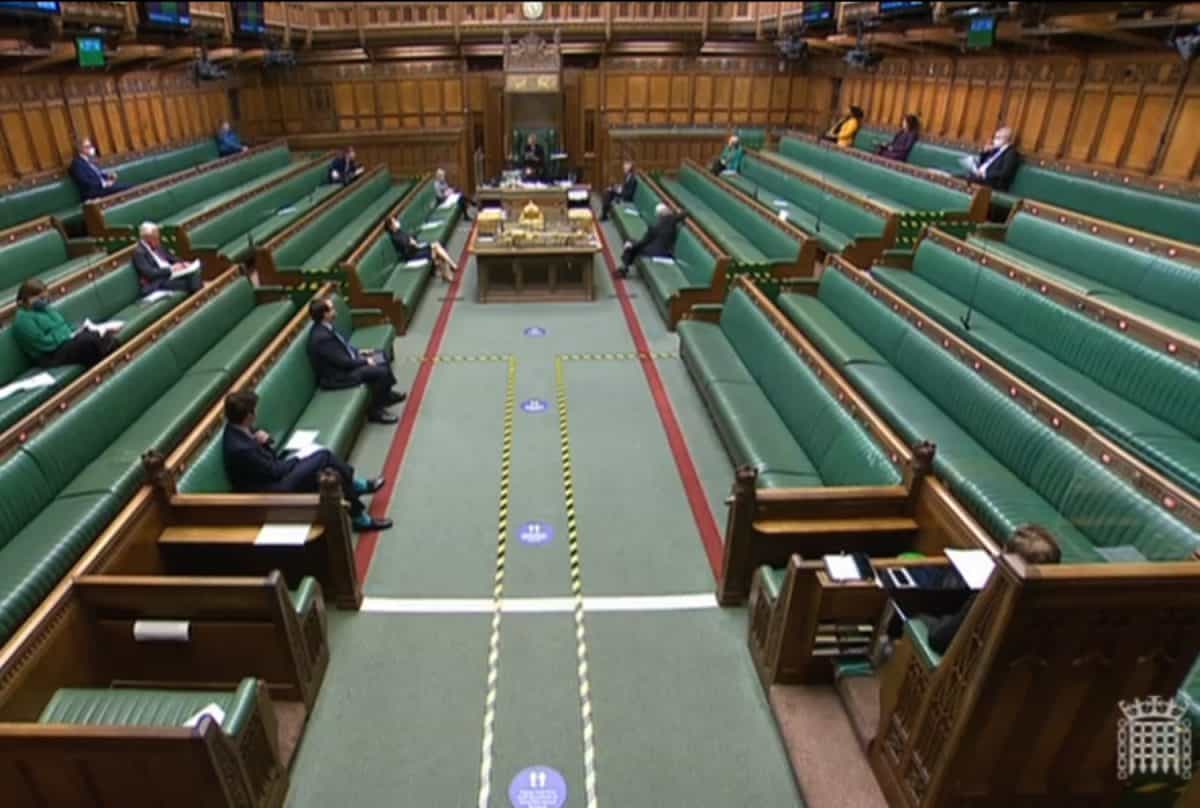 The controversial Police, Crime, Sentencing and Courts Bill enjoyed a safe passage through the House of Commons this evening.

A total of 359 MPs voted in favour of the bill at the second reading compared to 263 noes, giving it a majority of 96.

The legislation has attracted heavy criticism from civil liberties campaigners, but it has since been brought into sharper focus following the disappearance and death of Sarah Everard – and the heavy-handed policing of a vigil held in her memory on Clapham Common on Saturday evening.

A peaceful service became violent after Metropolitan Police service closed in on women who had gathered at a bandstand, with shocking footage from the scene showing officers grabbing women and pinning them to the floor.

The new bill will increase the police’s power to crack down on peaceful protests, with campaigners warning that the government is seeking to “silence dissent”.

Labour – which initially planned to abstain – voted against the legislation, with party figures criticising the bill – which will also see minimum sentences increased for a number of offences – as “poorly thought out”.

But what is actually in the bill, and should you be worried about it?

The government says the legislation will allow law enforcement to take a “more proactive approach” to managing “highly disruptive” protests which, they deem, are causing too much public disturbance.

Ministers say it was drawn up with Extinction Rebellion in mind. The group’s dramatic environmental activism saw people gluing themselves to public transport and entrances to Parliament, staging lengthy sit-ins and blockading busy thoroughfares like Waterloo Bridge.

The bill will boost the power at the disposal of the police to use on so-called static protests; this could include start and finish times, alongside “maximum noise limits”.

That will enable officers to impose conditions on protests where “noise causes a significant disruption to the running of an organisation” – and could see protests banned from taking place around Parliament.

The maximum penalty for causing criminal damage to a memorial or statue is to be elevated from three months to ten years – and the bill will double the maximum sentence for breaching the conditions police impose on protests.

That has led critics to accuse the government of attempting to “silence dissent”, suggesting that ministers want to “clamp down hard on the right to protest”.

In a statement, the Good Law Project – which has instructed a barrister to provide written advice on the government’s plans – described the measures as “disproportionate”, adding that they risked “undermining the freedom of assembly and association protected under the European Convention on Human Rights and the Human Rights Act.”

The not-for-profit group continued: “The bill as it stands would give sweeping new powers to the police to restrict peaceful protests – including by giving them the powers to set conditions on the duration of protests, set maximum noise levels, and put restrictions on where protests can take place.

“As it seems to us, the very purpose of the right to protest is to enable people to register their profound unhappiness or strength of feeling in a way which compels the state to respond. To legislate so that right cannot have any impact is to legislate it out of meaningful existence.”

Elsewhere, the bill would change sentencing rules so that serious criminals spend more time in prison before they can be released. Last week, the government minister responsible for sentencing admitted that longer sentences do not help cut crime, calling the efficacy of such a policy into question.

The legislation would also double maximum sentences for low-level assaults against emergency workers – a response to the coronavirus pandemic – and increase authorities’ ability to surveil offenders released from prison on terrorism charges.