Downing Street feels Kay Burley treated the government minister unfairly in the interview, according to reports. 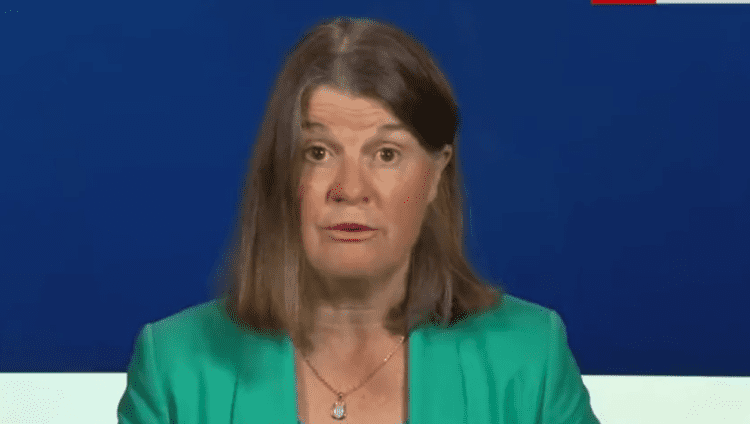 Government ministers have been told to snub Sky News following a gruelling interview over the cost-of-living crisis.

Rachel Maclean was widely criticised after she told Kay Burley that people should “protect” themselves from soaring costs by “taking on more hours or moving to a better-paid job.”

Burley pointed out that some people are already working three jobs, but still have to go to the food banks in order to survive.

Not to mention that this is happening in the fifth-largest economy in the world.

Following the interview, Burley relayed the comments to one voter in Wigan, who said the minister “needs to get in the real world”.

The remarks were then put to Brandon Lewis, the Northern Ireland secretary, and Liz Truss, the foreign secretary, who appeared for interviews on Sky News on Tuesday and Wednesday.

No ministers were made available for interviews on Sky News on Thursday and Friday following claims from Downing Street that Burley had treated Maclean unfairly.

According to Telegraph reports, Number 10 is now deciding whether to send a minister onto the programme each day on a “case-by-case basis”, rather than automatically allowing Sky access to the daily broadcast round.

Officials are also considering a wider review of the morning broadcast round.

One source said syndicated news bulletins from Bauer Media, which owns the stations Kiss and Absolute Radio, received four times as many listeners as Ms Burley’s programme. In future, ministerial interviews may be allocated based on their ratings.

Number 10 stressed that the Government has an “accessible and open-minded broadcast approach”, offers senior ministers to the BBC’s Newsnight programme and has provided guests for a new programme on Sky News fronted by Sophy Ridge.

“In the morning, we give everyone pretty much everything every day,” a source said.