The Chamber has not been kind to the Conservatives over the last two days. 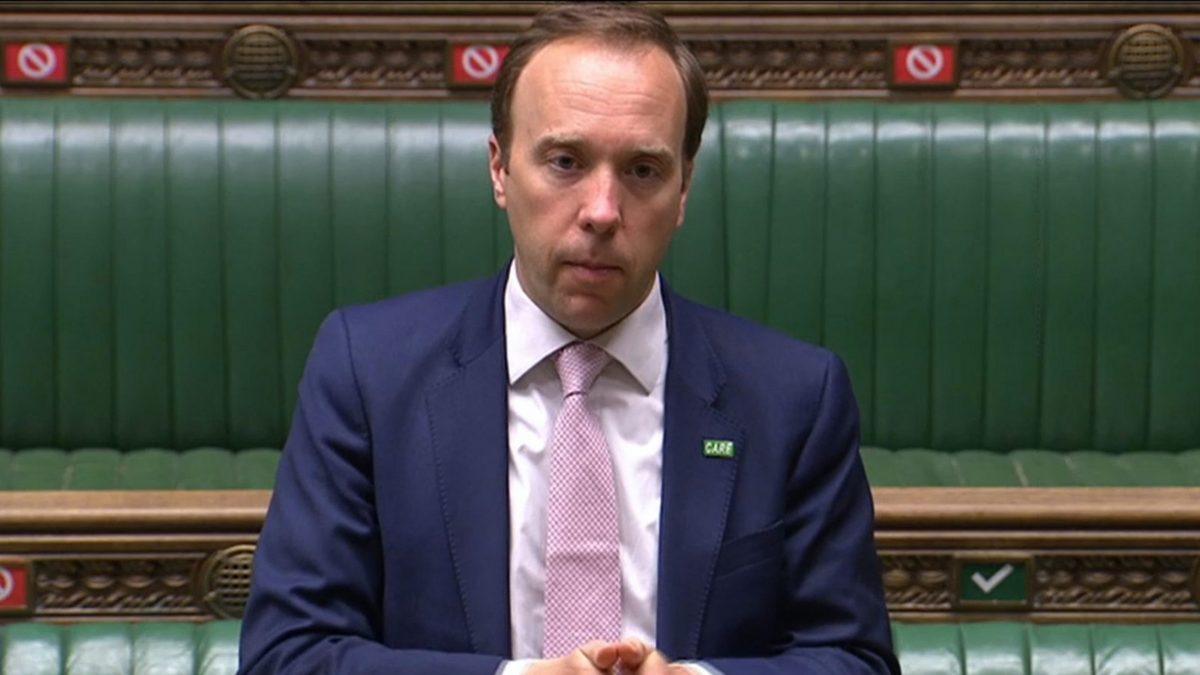 Matt Hancock was told the Government’s Covid-19 testing system is a “bloody mess”, as MPs highlighted the struggles faced by people to secure one.

The Health Secretary told the Commons there are “operational challenges” with testing which the Government is “working hard” to fix.

He also insisted the average distance travelled to a test site is now 5.8 miles, adding it is “inevitable” demand rises when a “free service” is available.

It is “inevitable” demand rises when a “free service” is available

But several MPs explained their constituents are encountering difficulties in securing a test, with people living in south-west London advised to enter an Aberdeen postcode in order to be tested in their local area.

At this point a shout of “It’s a bloody mess” could be heard from Labour MP Wes Streeting, who was sat in the chamber.

Mr Hancock earlier reiterated there has been a “sharp rise” in people wanting a test, including those “who are not eligible”.

MP after MP from all parties are standing up in the House of Commons telling Matt Hancock that our constituents can’t access a COVID test.

All he can give us is pre-rehearsed bumbling about “moonshots” and “record capacity”. It’s obvious that even his own MPs aren’t buying it.

“I do not shirk from decisions about prioritisation”

He added: “I do not shirk from decisions about prioritisation. They’re not always comfortable, but they are important.

“The top priority is and always has been acute clinical care. The next priority is social care, where we’re now sending over 100,000 tests a day because we’ve all seen the risks this virus poses in care homes.

“We’ll set out in full an updated prioritisation and I do not rule out further steps to make sure our tests are used according to those priorities.”

Liberal Democrat Munira Wilson said she has been “inundated” with emails from doctors, teachers and parents unable to access tests in Twickenham.

She said: “A number of them have also been advised that if they put an Aberdeen postcode into the system, they can get a test in Twickenham and they have succeeded.

“So could the Secretary of State please tell me how on earth a world-beating test and trace system is functioning in this way, and what is he doing to fix it?

“And in the meantime, does he recommend that I tell those constituents who desperately need a test to game the system in this way?”

Mr Hancock replied “no” and said MPs should tell their constituents that tests are “available in large numbers”, adding: “People should take this seriously and not game the system.”

Testing delays are a big concern esp when hospitals cannot get tests for staff. We must not forget Thursday's #WorldPatientSafetyDay theme is health worker safety in a year when an estimated 7,000 health workers globally and over 600 in the UK have tragically died from COVID-19

When will the mess be fixed?

For Labour, Mr Ashworth earlier questioned why Mr Hancock had not fixed problems over the summer.

He said: “People want to know when they will get a test and when this mess will be fixed.”

Jeremy Hunt, Tory chairman of the Health and Social Care Committee, questioned whether Mr Hancock would meet his commitment to sort the problem in the coming days.

He said: “A week ago today the Secretary of State told the Health Select Committee that he expected to have this problem solved in two weeks.

“Since then in my constituency I have had two Farnham residents sent to Bristol for their tests, a councillor sent to the Isle of Wight for her test and a teacher who tested positive had to wait a week for her results.

“So is the Secretary of State, given the efforts that his department is making, still confident that in a week’s time we will have this problem solved?”

Mr Hancock replied: “Well I think that we will be able to solve this problem in a matter of weeks and in his own constituency yesterday 194 people got their tests.

“So we are managing to deliver record capacity, but as he well knows demand is also high and the response to that is to make sure we have prioritisation so the people who most need it can get the tests that they need.”

Labour’s Meg Hillier (Hackney South and Shoreditch) said Deloitte staff told people they could not visit a walk-in test centre in her area, adding: “Over 90 people were turned away from one centre alone.

“This is a fiasco that is of the Government’s making and he could intervene now.”

Mr Hancock said he would examine the issues raised.