"I said repeatedly to the prime minister he should be fired, so did the Cabinet secretary, so did many other senior people.” 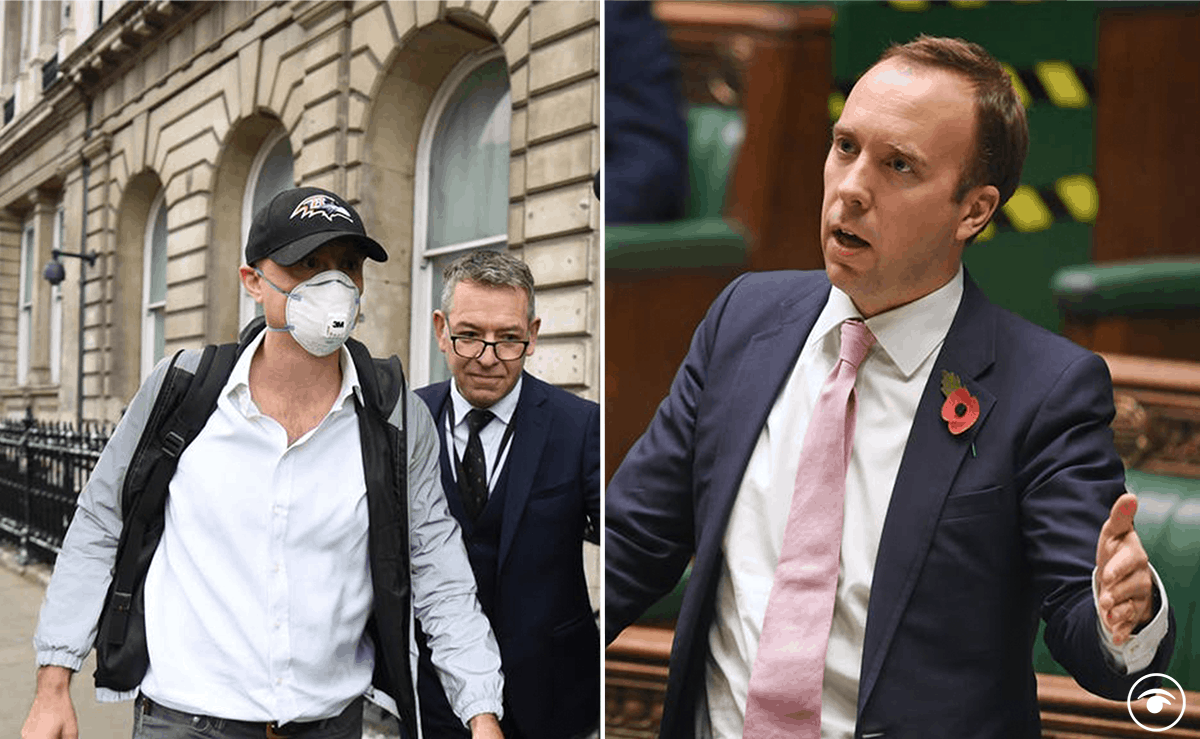 Matt Hancock should have been fired for at least “15-20 things” including “lying” to officials, Dominic Cummings has said.

Answering MPs’ questions at a joint inquiry into the handling of the pandemic, the former No 10 adviser credited some officials in the Department of Health, but insisted they “were terribly let down by senior leadership”.

Taking aim at Mr Hancock, he said: “I think the secretary of state for health should have been fired for at least 15-20 things, including lying to everybody in multiple occasions in meeting after meeting in the Cabinet room and publicly.”

Pressed on whether people should be be worried about facing “corporate manslaughter charges”, Mr Cummings said he was unsure because he was not sure of the law behind such charges.

But he added: “I think that there is no doubt many senior people performed far, far disastrously below the standards which the country has a right to expect.

“I think the secretary of state for health is certainly one of those people. I said repeatedly to the prime minister he should be fired, so did the Cabinet secretary, so did many other senior people.”

This morning Hancock ran way from reporters after they put questions to him outside his house.

The health secretary headed out for a run before Cummings gave evidence to the Commons health and science committee.

Asked whether he was worried about Cummings giving evidence today, Hancock seemed to be nonplussed.

In what has been described as being like something out of The Thick Of It, he actually just ran away.