"How is this not a scene from the Thick of it?", one person said. 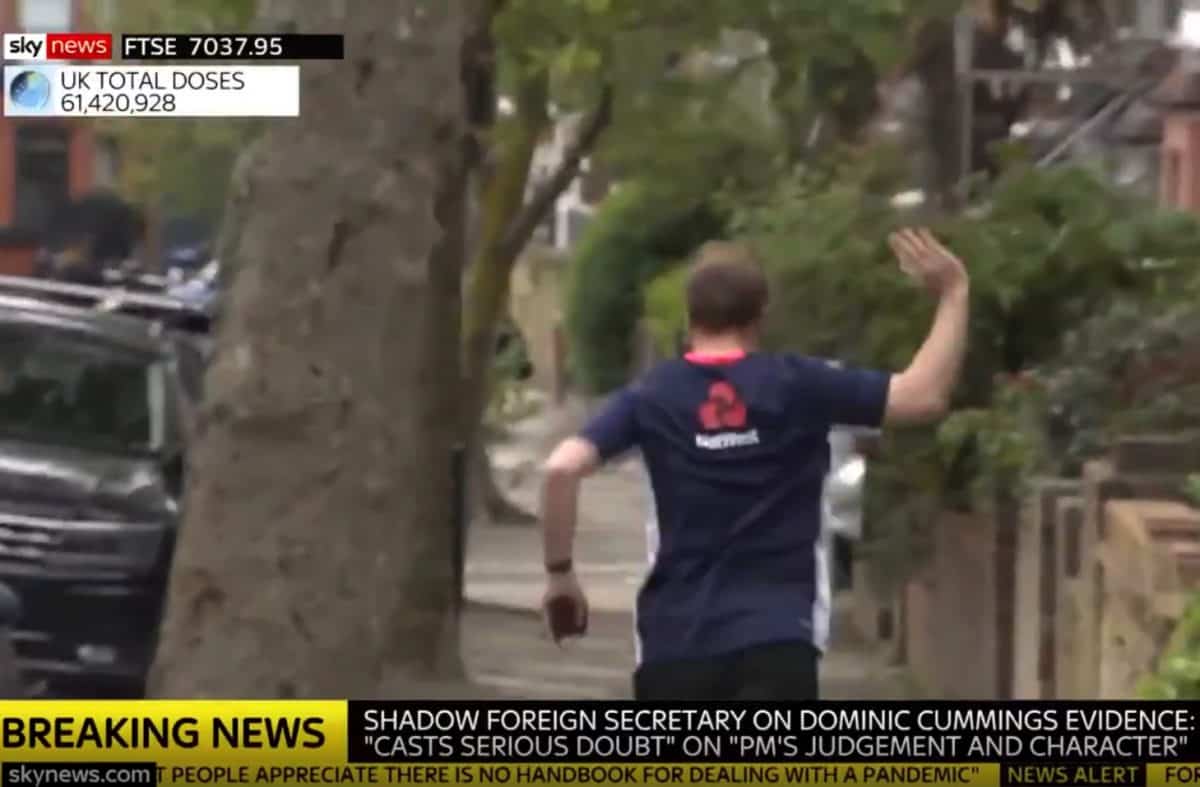 Matt Hancock pulled a fast one today after reporters put questions to him outside his house.

The health secretary headed out for a run before Dominic Cummings gave evidence to the Commons health and science committee, with No 10 braced for explosive claims about the government’s handling of the pandemic.

Ahead of a day of questioning, the former adviser, who left Downing Street last year after a behind-the-scenes power struggle, told the MPs: “The truth is that senior ministers, senior officials, senior advisers like me fell disastrously short of the standards that the public has a right to expect of its Government in a crisis like this.

Asked whether he was worried about Cummings giving evidence today, Hancock seemed to be nonplussed.

In what has been described as being like something out of The Thick Of It, he actually just ran away.

How is this not a scene from the Thick of it? https://t.co/I6kCbrEcKe