The Health Secretary said he and Boris Johnson worked ‘very strongly together’ to deliver the vaccine programme. 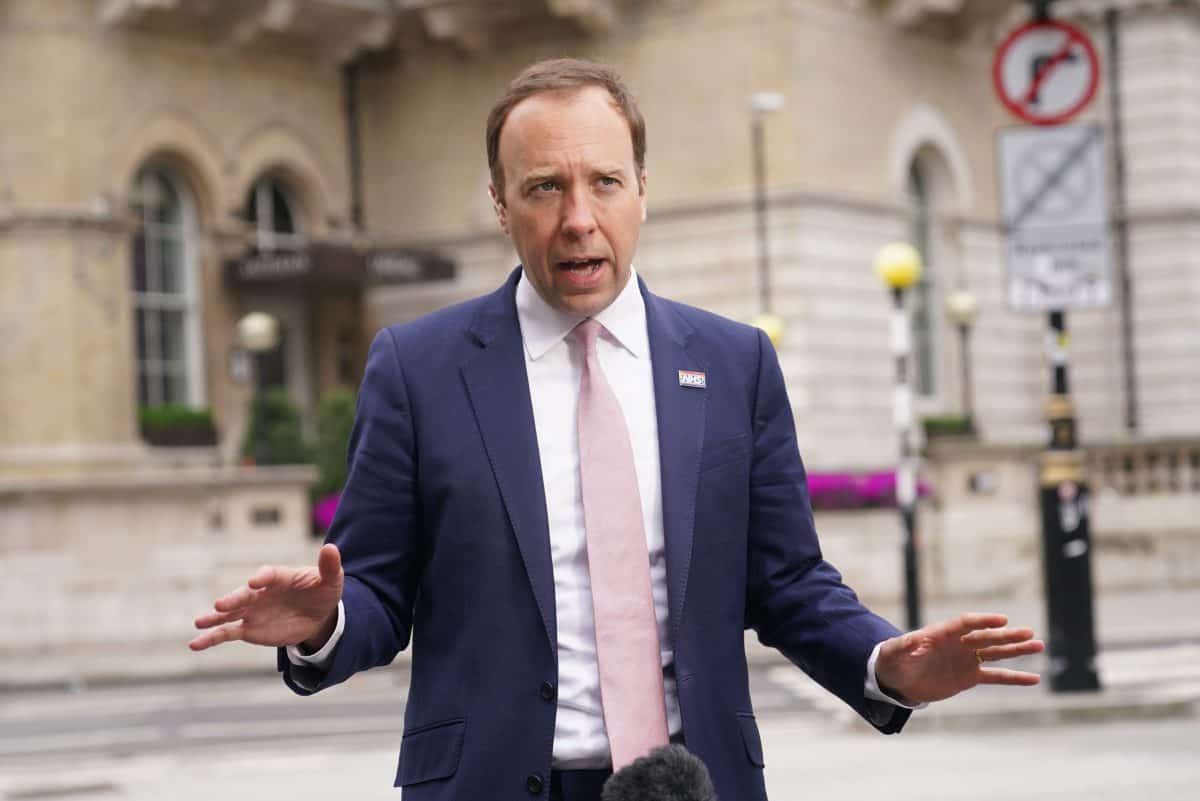 Health Secretary Matt Hancock has dismissed Boris Johnson’s claims that he was “hopeless” as “ancient history”.

The Prime Minister’s former top adviser Dominic Cummings last week released WhatsApp messages from the early days of the pandemic in which Mr Johnson was highly critical of the Health Secretary.

In one exchange about efforts to expand the coronavirus testing programme, Mr Johnson complained Mr Hancock was “totally f****** hopeless”.

“We work very strongly together”

Appearing on BBC Breakfast, Mr Hancock acknowledged that people say “all sorts of things in private” when they are under pressure but insisted he and Mr Johnson worked “very strongly together”.

“At times of stress, people say all sorts of things in private. What matters is how well you work together.

“I work with the Prime Minister every single day, we work very strongly together… firstly to protect life, and secondly to get the country out of this, and that’s what matters.”

Mr Hancock hinted that his relationship with Mr Johnson had improved since Mr Cummings left last November amid the fallout from an internal No 10 power struggle.

In evidence to MPs last month, Mr Cummings said he had repeatedly urged the Prime Minister to sack Mr Hancock, accusing him of lying.

However the Health Secretary said that since the autumn, he and Mr Johnson had worked together to deliver the successful vaccination programme.

“It’s something that I very much led from the department, working with the Prime Minister. He’s been a massive supporter of it throughout. And of course we’ve had obstacles and we’ve had people that we’ve had to deal with on the way,” Mr Hancock said.

He added: “We work incredibly closely together, and especially over the past six or seven months, especially after the autumn.”

Asked why Mr Cummings had such a low opinion of him, Mr Hancock said: “I’m not really very interested.

“What I can tell you though is that the Government works far better, more recently, and that’s a good thing. And you can see it on the smiles of the faces of everybody who leads the vaccination programme.”

He added: “I’m not going to get into the details of who said what, when, 18 months ago, because what matters and what I’m totally focused on is the future of how we get this country out of this pandemic, how we protect life.

“Those are the things that really matter.”