"From a Friday to a Friday our target was to generally destroy 130,000 items a week," including laptops, drones and top of the range headphones. 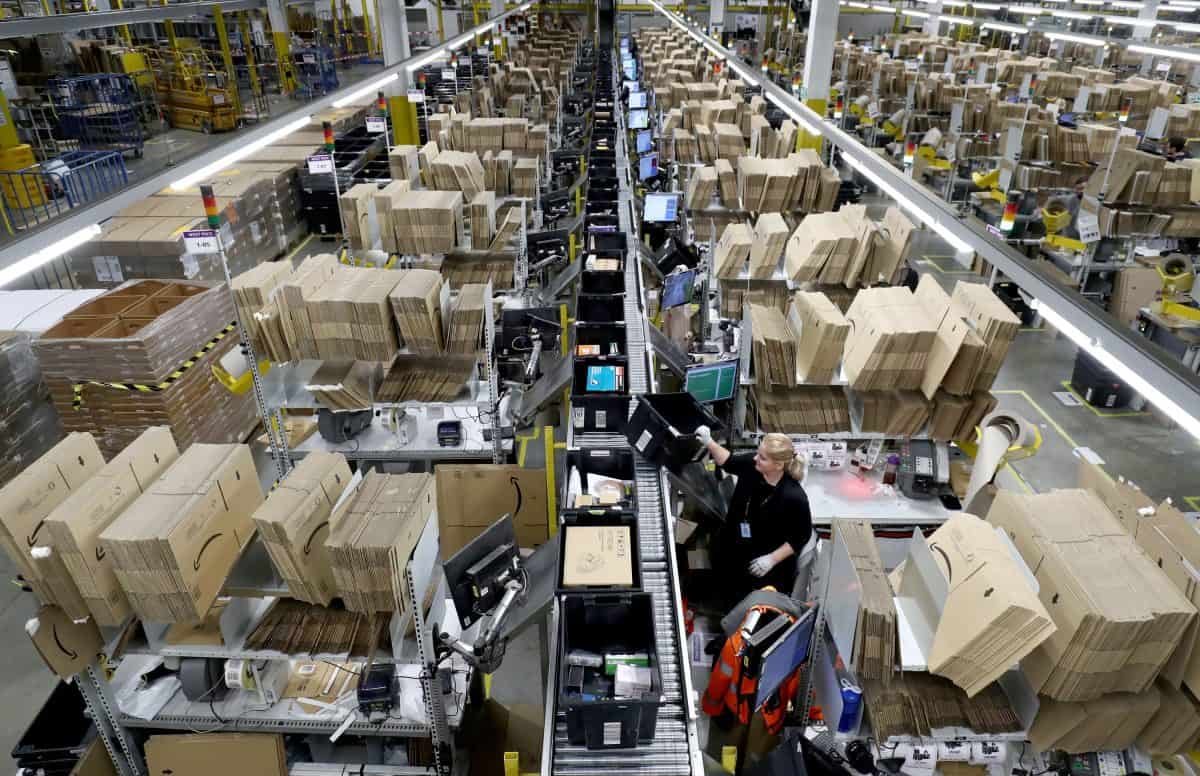 Undercover filming has exposed destruction of products on an industrial scale at Amazon warehouses.

According to ITV News the vast bins were filled with products that were never sold or returned by a customer.

Almost all could have been redistributed to charities or those in need. Instead, they are carried away by lorries and dumped at either recycling centres or, worse, a landfill site.

An anonymous ex-employee told ITV: “From a Friday to a Friday our target was to generally destroy 130,000 items a week.

“I used to gasp. There’s no rhyme or reason to what gets destroyed: Dyson fans, Hoovers, the occasional MacBook and iPad; the other day, 20,000 Covid (face) masks still in their wrappers.

“Overall, 50 per cent of all items are unopened and still in their shrink wrap. The other half are returns and in good condition. Staff have just become numb to what they are being asked to do.”

In one week in April, a leaked document from inside the Dunfermline warehouse showed more than 124,000 items marked ‘destroy’.

In contrast, just 28,000 items in the same period were labelled ‘donate’.

Greenpeace’s Sam Chetan Welsh said: “It’s an unimaginable amount of unnecessary waste, and just shocking to see a multi-billion pound company getting rid of stock in this way.

“Stuff that’s not even single use but not being used at all, straight off the production line and into the bin. As long as Amazon’s business model relies on this kind of disposal culture, things are only going to get worse.

“The government must step in and bring in legislation immediately.”

“The government must step in”

What Amazon is doing is not illegal.

In a response to the findings, the company said: “We are working towards a goal of zero product disposal and our priority is to resell, donate to charitable organisations or recycle any unsold products. No items are sent to landfill in the UK.

“As a last resort, we will send items to energy recovery, but we’re working hard to drive the number of times this happens down to zero.”