The former chancellor also described Liz Truss as a 'Pino' - Prime Minister in name only on the Andrew Neil Show. 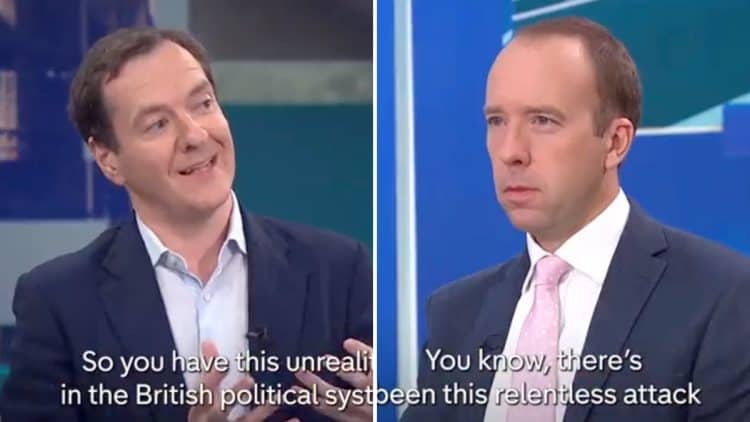 The former chancellor said Britain has become “downgraded as an economic entity” over the last six years because its “institutions are weaker, the politics is a mess and the economic performance is markedly worse”.

Former health secretary Matt Hancock, who worked as a minister under Boris Johnson, looked shellshocked as Osborne took aim at the decision to leave the European Union.

He also gave Truss until Christmas in her role as prime minister.

Asked if she can survive, he said: “Probably not. She is pino – Prime Minister in name only at the moment.”

He acknowledged “things are unpredictable”, and said it is “possible to imagine a situation” where she “completely resets”, albeit that is a “long shot”.