"We could say, no, as taxpayers, we're going to stand up for ourselves. We're going to demand a return on our investment and we are going to take it back into our hands". 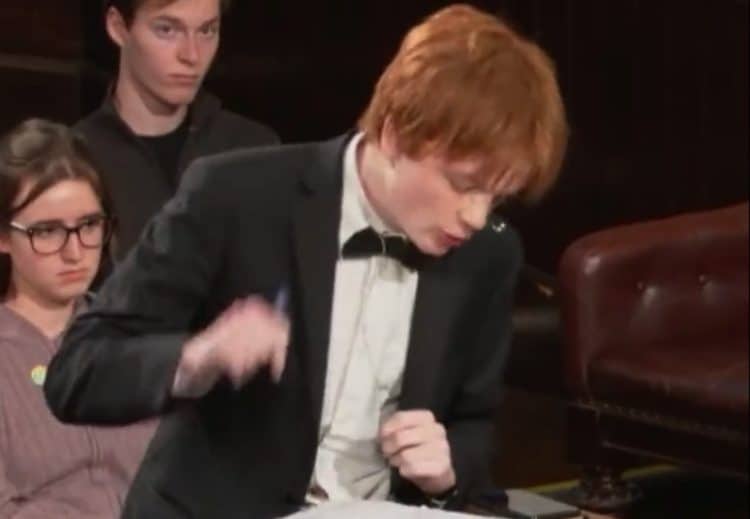 A Cambridge University student has criticised the UK’s “Byzantine mesh of different privatized interests” for corrupting our energy supply.

With winter on the horizon, many UK households will find their bills going up faster than in many EU countries, even with the energy support package announced by the government.

Experts say that a combination of factors including the way energy supply works in the UK compared to Europe is to blame for the disparity.

Liz Truss has attracted controversy over her initial decision not to impose a windfall tax on energy suppliers, which are raking in record profits as many households face the pinch.

Shell chief executive Ben van Beurden even stepped in to implore the government to start taxing oil and gas companies in order to protect the poorest people in society.

“You cannot have a market that behaves in such a way… that is going to damage a significant part of society,” he told a conference.

Debating the matter at Cambridge University, one student destroyed energy privatisation with this blistering speech.