Brexit minister Lord Frost was optimistic that an agreement could be found. 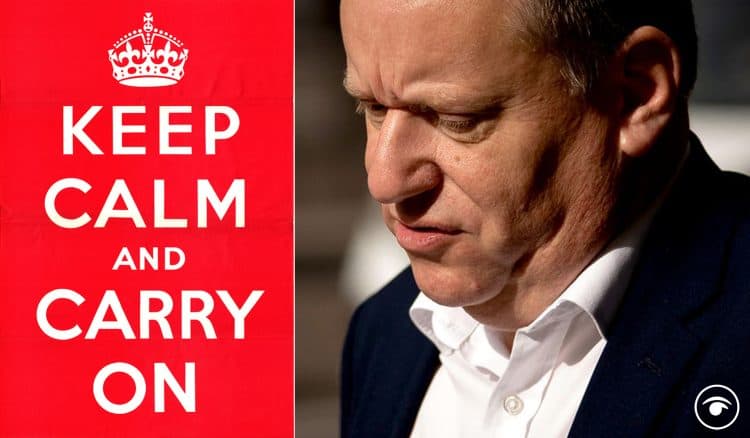 Europe should “stay calm and keep things in proportion” in a row over post-Brexit arrangements in Northern Ireland, a Cabinet minister has said.

Brexit minister Lord Frost said more talks would be held with the EU as the UK and the bloc struggled to overcome differences over the Northern Ireland Protocol.

But he told the House of Lords that triggering Article 16 – which would effectively suspend elements of the arrangements – would be the UK’s only option if the dispute was not resolved.

Lord Frost told the Lords there was “a real opportunity to turn away from confrontation, to move beyond our current difficulties and put in place a new, and better, equilibrium” in the talks.

And he said it was “not inevitable” that Article 16 is triggered.

He said: “In my view, this talks process has not reached its end.

“Although we have been talking nearly four weeks now, there remain possibilities that the talks have not yet seriously examined, including many approaches suggested by the UK.

“There is more to do and I will certainly not give up on this process unless and until it is abundantly clear that nothing more can be done. We are certainly not there yet.

“If, however, we do in due course reach that point, the Article 16 safeguards will be our only option.”

He added: “I can reassure the House that if Article 16 were to be used, we would of course set out our case with confidence and explain that case to any interested party.”

The UK Government has set the EU a December deadline to find a solution on the Northern Ireland Protocol, which was agreed as a way to maintain a free-flowing land border on the island of Ireland after Brexit.

But Prime Minister Boris Johnson and Lord Frost have argued the EU’s interpretation of the deal has led to difficulties.

Lord Frost told peers on Wednesday: “I gently suggest that our European friends should stay calm and keep things in proportion.

“They might remind themselves that no government and no country has a greater interest in stability and security in Northern Ireland, in the Belfast (Good Friday) Agreement, than we do.

“We are hardly likely to proceed in a way that puts all that at risk.

“If the EU were to choose to react in a disproportionate way, and decide to aggravate the problems in Northern Ireland rather than reduce them, that is, of course, a matter for them.

“At that point we would be entitled to come to our own judgment about how much value we could attach to their commitment to supporting the peace process and the people of Northern Ireland as against protecting their own interests.”

Labour shadow minister Baroness Chapman of Darlington suggested the Government was hoping “division” with the EU will distract from recent sleaze allegations.

On the prospect of triggering Article 16, she said it “would be a destabilising step” and “cooler heads must now prevail”.

Lady Chapman said: “It is clear from the minister’s statement that UK-EU relations have not significantly improved despite the diplomatic mastery he deployed during his short trip to Lisbon”.