Dubs, who fled the Nazis as a child refugee, said Priti Patel's plans were "not workable". 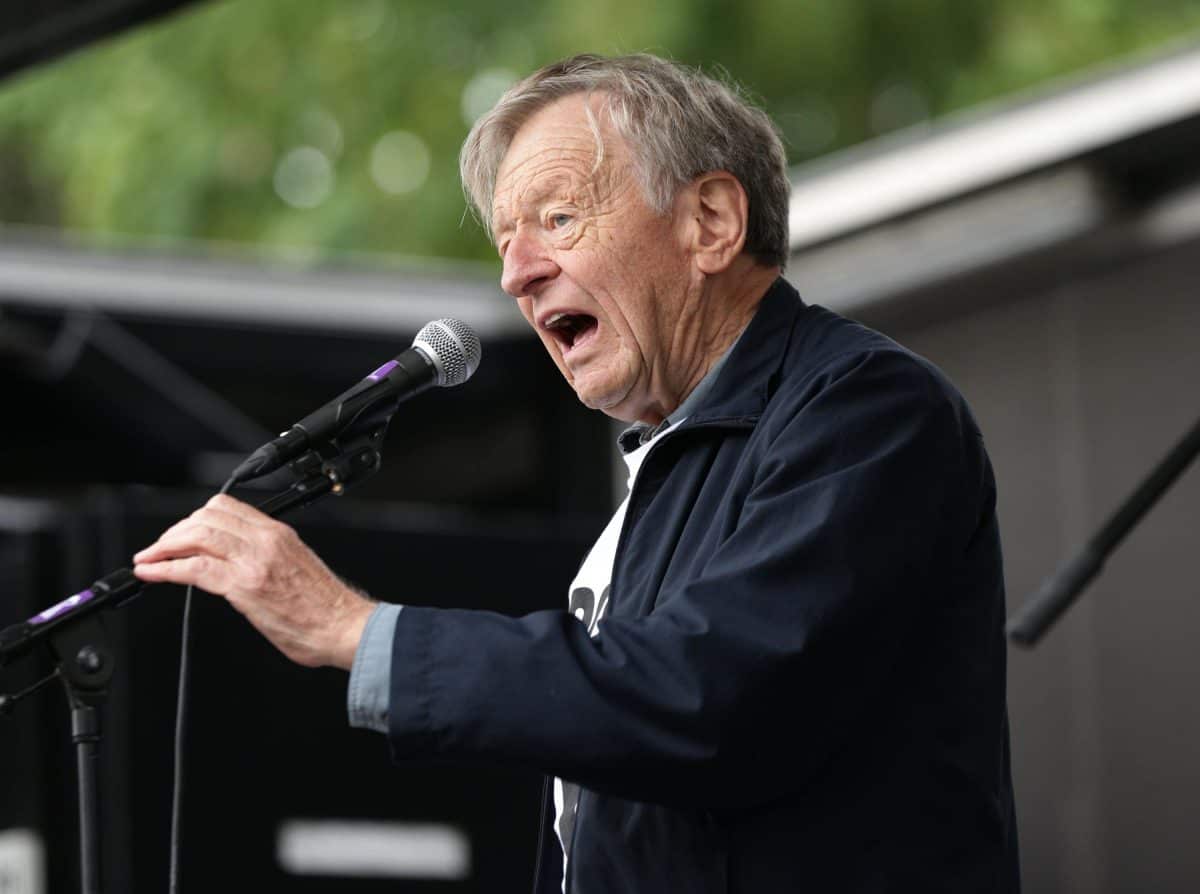 Priti Patel is “pandering to bad instincts” with her plan to crack down on asylum seekers and refugees arriving in the UK, a prominent campaigner for refugees’ rights has said.

In a stinging criticism of the home secretary, Lord Alf Dubs said the plans – announced by Patel this week – were “not a workable system”, and called for an international agreement on sharing responsibility for asylum seekers.

Dubs, who fled the Nazis as a child refugee, saw his criticism echoed by the British Red Cross, which branded Patel’s plans “inhumane” – while the UN’s refugee agency asserted that “people have a universal right to seek asylum, even when they arrive without documents or by non-traditional means”.

Patel has heralded “the most significant overhaul of our asylum system in decades”, claiming she will tackle “illegal migration head-on” by making it harder for migrants to cross the Channel.

The home secretary has drawn withering criticism for her pledge to deport anyone who arrives in the UK via “irregular” means – like crossing the Channel in a small boat – to any “safe country” they have traveled through, like France.

But Dubs – in a series of tweets and an interview with HuffPost UK – said Patel’s plans are impractical without a wider international agreement on sharing responsibility for asylum seekers.

He said it is wrong to treat asylum seekers differently depending on how they’ve reached Britain, insisting that “people are fleeing terrible situations” – for example, young men wanting to escape being recruited by the Taliban.

“It’s just not a workable system. She’s pandering to bad instincts and is not really doing this properly,” Dubs said.

“You can’t run a system by saying we’re going to keep people out, and then treating them as second class citizens if they get here.

“Secondly, you need a broad agreement with other countries as to how we can fairly and properly share responsibility, and she’s not doing any of those.”

Where to start with Patel's 'overhaul' of the rules regarding asylum, announcement today?
A thread…1/4

On Twitter, he added: “This is not “fair but firm” – it keeps families apart and lacks compassion. Removing legal routes to safety doesn’t prevent criminality – it fuels it.

“The day the legal routes for refugee children seeking asylum here was closed was a field day for people traffickers and smugglers who exploit despair.”

Dubs pointed out that, while the UK received 31,752 asylum applications in the year ending September 2020 – according to the UNHCR – European countries like France had more than 81,000 last year.

He told HuffPost: “They say: ‘Why shouldn’t they stay in France?’ If France had nearly three times as many applications as we had, the answer is: ‘Most of them do.’”

British Red Cross chief executive Mike Adamson added: “We should not judge how worthy someone is of asylum by how they arrived here.

“The proposals effectively create an unfair two-tiered system, whereby someone’s case and the support they receive is judged on how they entered the country and not on their need for protection. This is inhumane.”

Responding to the criticism, Patel told BBC Breakfast: “What is inhumane is allowing people to be smuggled through illegal migration and that is what we want to stop.