"I predicted that Brexit would be a s***show and so it proved", Count Binface said. 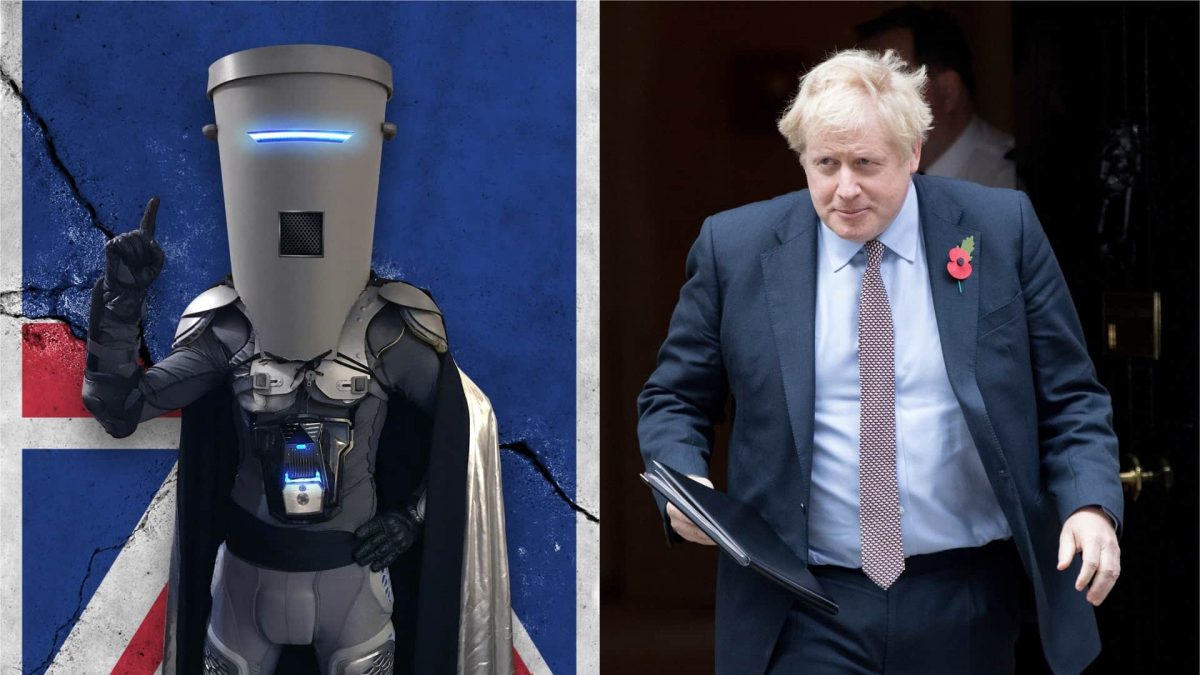 Lord Buckethead has announced he will run against Boris Johnson under a new alias in the upcoming election, with a promise to bring back Ceefax if he gets in.

Jon Harvey, who won 249 votes in Theresa May’s constituency two-and-a-half years ago, announced last night that he will compete for the seat of Uxbridge and South Ruislip as Count Binface following an “unpleasant battle on the planet Copyright”.

Lord Buckethead was first conceived as a character in the 1984 film Gremloids, but has become renown after UK general election outings.

His replacement, Count Binface, has been described as an “independent space warrior and prospective parliamentary candidate” and “Leader of the Recyclons”.

He will campaign to bring back Ceefax, as well as fighting for “a cleaner, greener galaxy,” at the general election on December 12.

Addressing his return, Count Binface added “I predicted that Brexit would be a s***show and so it proved.”

HELLO! I was Lord Buckethead in the 2017 Election but I have since renounced my peerage, partly because I promised to abolish the Lords and I'm a politician who keeps my promises, and partly because of an unfortunate battle on the planet Copyright. This has left me unbowed but…

‘There’s a lot of backlash against Boris here’

Members of Johnson’s constituency appear to be divided over whether their incumbent MP will be able to retain his seat.

Cayla Martin, 22, a student who has lived in Uxbridge all her life, said Mr Johnson does not respect constituents.

“Obviously, it’s a marginal seat now. His majority was halved two years ago and I think the general mood is that there’s a lot of backlash against Boris here,” she said.

“Our previous MP was John Randall. I’m no fan of the Tories, I’ll be honest, but John Randall was always in the constituency, always spoke to everyone, and always had respect for his political adversaries.

“He (Mr Johnson) doesn’t have respect for his constituents, he’s never here. The only time I’ve seen him is around election time when he might make an event or two.”

Addressing supporters at a Labour rally in Ruislip he said:

“I want you to remember when you are out canvassing that we are not here to unseat Boris Johnson alone.

“We are here to tackle climate change.

“We are here to get Brexit sorted and to put it back to the people.

“We are here to deal with food banks and the poverty in our country.

“We are here to save our NHS and to tell Donald Trump and his small hands to go back to America”.